I recently interviewed a hairdresser in Houston for a documentary on adversity. He gets to hear from people of all walks of life every day. It made him realize that everyone has their own struggles, no matter their race, their religion or social status. But he also started noticing patterns that the people whose lives worked followed as well as patterns for those whose lives were the most challenging.

He realized that the people who were struggling the most had everything happen to them and it was never their fault. They were victims of circumstances. They incessantly complained about people and what they did to them and how life was unfair. They did not have accountability and did not recognize that whatever happened was a result of their actions.

I interviewed another 14 people who had dealt with difficulties in their lives and I could only confirm his observation. Everyone of these people had to go through very difficult times in their lives, be that dealing with domestic abuse, bipolar disorder, addiction, divorce and even physical illness. Every single person was aware of the fact that they had been dealt a bad hand but that it was now up to them to change their lives and that they could be in control if they decided to be. But for some it took a long time and was a difficult road to realizing that it was up to them to change their situation. 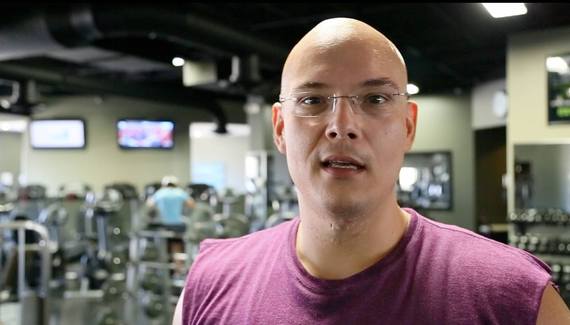 Justin Bearden, who struggled with binge drinking and overeating for years, explained to me how difficult it was to get rid of his victim mentality because it was so ingrained in him. He told me: "For me to overcome being a victim it's still a work in progress. Because my entire life that was my default. That's what I was taught, right. So it's like when you start up a computer, it loads every program, and the first one that comes up isn't the weather app on me, it's the I'm-a-victim-app. And I didn't know I was doing it."

For more information on this documentary go to our Facebook page.