A couple of months ago I was at my kid's high school for a meeting. 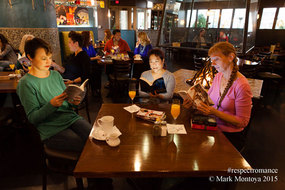 "What do you write?" The school counselor asks after I tell her what I do.

"Really?" The counselor plants her elbows on the table in order to lean closer to me. "Cool."

"Oh." She nods and settles fully back into her seat. "That's cool."

I'm not that person. I'm a person who, after her first child was born (the aforementioned 16yo), went from casual reader of romance to heavy user. Within hours of coming home from the hospital, mid-sob, I wailed to my husband, "She'd never survive on her own in the wild." I was 100% responsible for this little creature's every single need. From pooping to feeding to entertainment.

"Responsible" is not a word often used to describe me. I was ill-prepared to deal with a person's entire existence.

I adjusted, though. With help from my husband, family, new-parent support group and romance novels. Reading was the easiest way to ease the stress and romance offered the most relief from reality. It got me higher, faster.

I became an addict. I embraced it, intending to rehabilitate myself later.

Somewhere between those two points, I'd stopped thinking of romance as a shameful habit. I'd stopped believing the stereotypes of it as heavily formulaic, and lacking in deeper meaning. Characters' personal insights resonated within me, and although (nearly) every novel ended the same way -- happily -- each couple's story was unique.

I'd started trusting my own reality instead of societal dogma.
Yet over and over, I've walked into that glass wall of esteem. That barrier people erect when I tell them I'm a romance novel author. Even a published one (everyone always asks). Even one who writes gay romance (the Portland effect -- this makes me cooler).

There were many incidents -- like when a cashier made snide comments about a novel with an unfortunately wind-blown and chesty cover. Instead of scurrying off with my contraband tucked under my coat, I said, "Just ring it up." Or when I was cruising a used bookstore and found a bewildered college student. "My writing teacher said we had to read romance."

She wasn't so much disparaging as incredulous. I pointed her to Jennifer Crusie's work. "She's a professor," I offered as assurance.

Romance is written to evoke a specific feeling -- emotional intimacy -- as other genres are. Yet even other popular fiction categories, such as suspense (written to evoke nail-biting apprehension), often disparage romance. Love is something all humans desire. I've never known anyone who didn't yearn to meet the someone(s) who totally got them. So what's with dissing stories about people who love? I've got no issues with people who read for the adrenaline rush rather than to fall for someone. We can each go our separate ways, as long as I'm offered the same courtesy that I'm giving.

As for literary fiction, often described as being more cerebral or intellectual than genre . . . It isn't any easier to write something that gives a reader "feels" than it is to provoke profound thought. Believe it, if for no other reason than this: just as many romance novels fail to capture an audience as literary ones. I promise you there are thousands of romance authors who can't make a living at it or get a contract. Their effort is as valid as that of all other writers.

Sometime last year I got fed up with the general view of romance as lesser-than and I stopped justifying my work. Whatever -- the haters could believe what they wanted. Meanwhile, I'd be in the basement writing romance because it's my passion.

Except I've had writer's block for months. It's taken me a while to work out the why -- because I want my work to be widely recognized as having merit. By not asking for validation, I was trying to accept the world the way it is. Turns out, I want the world to accept me the way I am.

So this is me, publicly asking people to stop judging romance by outdated stereotypes.

I'm not the only one asking, either. Romance is arguably the largest selling fiction category. It's inevitable that we readers and writers of it would create some kind of community. Lately, lots of members of that community have been speaking out. My local writers' group is raising awareness through a #RespectRomance campaign. Right now, there's an award-winning documentary doing the rounds, Love Between the Covers, which explores this big family of romantaholics. It's a goshdarned movement, people.

Our struggle isn't as crucial as the civil rights struggle, or as epic as the fight for marriage equality, but it matters to me, and to my people. All we want is the respect we've earned. 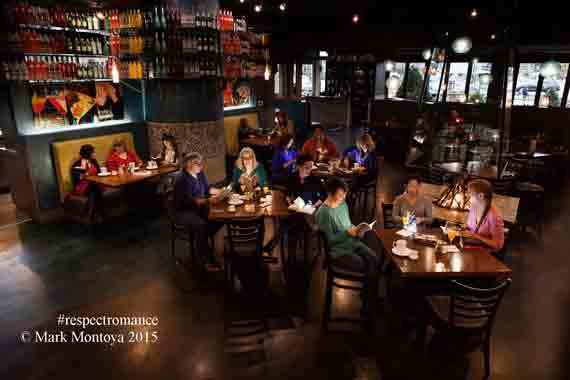 Anne Tenino is the author of the new adult classic, Frat Boy and Toppy, and a cornucopia of other works.

Multi-published author who lives to blend romance and comedy