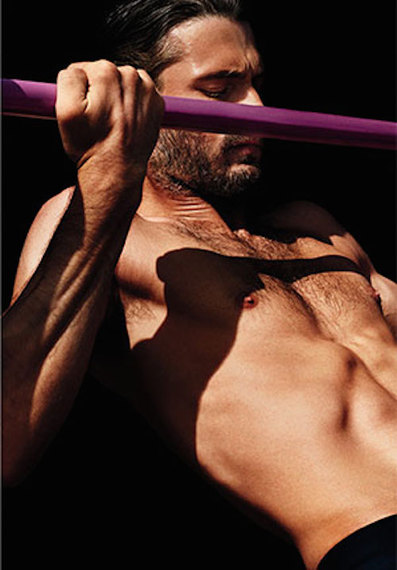 Still, there can be too much of a good thing. "It's stressful to the entire body," says Jason Hartman, trainer to many U.S. Olympic bobsled and skeleton athletes and the U.S. Army Special Forces. "That means that if you overdo them, you'll just beat yourself up. Do this style of workout no more than three or four times a week." Mix and match the moves and feel okay about taking the less-time-consuming way out. 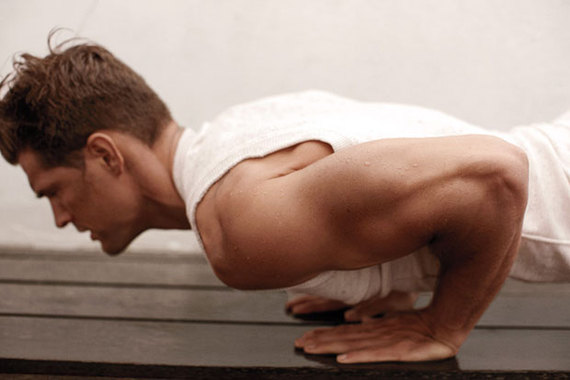 Pick one move from each of these categories. Then do two sets of 12 reps. Change up the moves but repeat the plan three or four times a week. For cardio extra credit, see the add-ons below.

The Ultimate: Pull-up
Hang from a bar with palms facing away from you, arms straight, knees bent so feet don't touch floor. Bend elbows, pulling chest toward bar. Slowly lower yourself to start.

The Ultimate: Deadlift
Set a heavy barbell on the floor in front of you. Push hips back as you bend forward, grabbing the bar with hands more than shoulder-width apart, palms facing body. Keep back straight as you stand up, lifting the bar and thrusting hips forward. Slowly lower bar to start.

The Ultimate: Split Squat
Stand on your right leg, left foot resting on a bench or box behind you, and hold a heavy dumbbell in each hand. Bend right knee, lowering body until left knee hovers just above the ground. Straighten right leg, returning to start. Complete all the reps on one side before switching legs.

The Ultimate: Farmer's Walk
Stand up straight holding a heavy dumbbell in each hand, palms facing body. Maintain your posture as you walk 20 meters. Turn, repeat, returning to start.

See more:5 Exercise Machines You Should Never Use at the Gym

On a rowing machine, row as many meters as possible in five minutes. With each workout, attempt to increase that distance by one percent.

How To Get Rock Hard Abs Faster

Shirtless Nick Jonas Explains How He Got His New Body

The Hottest Vanity Muscles--And How To Get Them