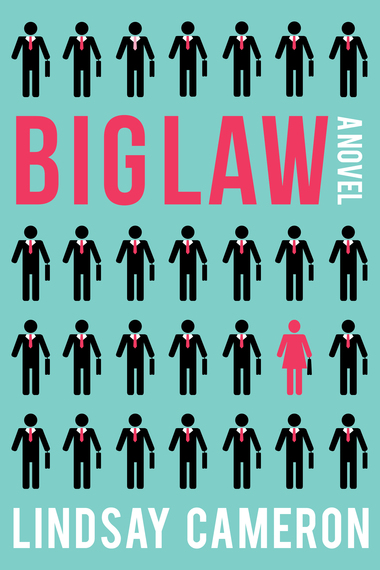 BIGLAW, the debut novel by Lindsay Cameron, plunges us into the world of high-powered corporate law through the experience of second year associate, Mackenzie Corbett, as she navigates the complex landscape and extreme expectations required to reach the next level in her career. Cameron and I spoke about Ally McBeal, how 9/11 still impacts the world of work and whether or not overachievers can ever slow down.

BIGLAW paints unflinchingly honest portrait of Mackenzie Corbett's experience in a top law firm as well the personal prices she pays for her "golden handcuffs." Are there any redeeming qualities to working in a high-powered law firm? Does it ever get to be like Ally McBeal?

Hmm... redeeming qualities other than making a hefty dent in your student loans? I think the best takeaway from working at a large law firm (because lawyers love nothing more than a good takeaway) is the strong friendships you form along the way. You are crouching in the trenches with these people -- you share all three meals, endure numerous all-nighters together and witness them shaving their legs at their desk. Strong bonds are formed in the trenches. I made some of my best friends while working in law, and even met my husband!

Much to the disappointment of many, there are never choreographed dance routines in a unisex bathroom a la Ally McBeal or drinks with your hard-bodied colleagues at 5pm. Ally, you tricked us! And the guys from Suits are deceiving a whole new generation! But you do get to wear some pretty cute suits (even if they're not quite as mini as Ally's...) 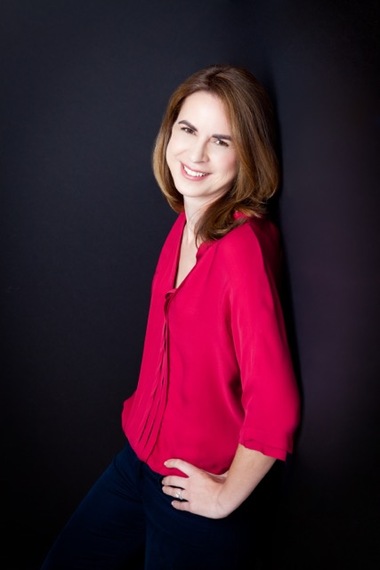 Mackenzie grapples with her desire to achieve with the life she longs to live. Can an overachiever ever learn to relax?

If you figure out how, let me know! I could use some help in that area. Maybe they can add relaxing to their to-do list. That would certainly be well within the comfort zone of the overachiever. Does adding yoga to your to-do list negate the zen aspects of it?

BIGLAW also tackles the fall out of working in a post 9/11 New York. What do you feel 9/11 continues to teach us? What does it take to write about 9/11 respectfully?

The story line in the novel that deals with 9/11 is very personal to me. My father worked in the World Trade Center, in the second tower to be hit, and walked down 103 floors to safety. When you think even for a moment that you've lost someone you love, it changes how you prioritize parts of your life. And with how the terrorist attacks unfolded on TV, 9/11 was a "life is too short" moment for all of us and prompted many people not only to question what they wanted out of life, but to change the way they were living. Even so many years later, I think the 9/11 anniversary still spurs us to stop, take stock and think about what matters most.

For some people, myself included, writing about trauma is an effective way to process what happened. This is why authors shouldn't be afraid to write about these events even if it feels overwhelming. When I wrote that part of my novel, which is essentially my father's story, I asked him to read it when it was done. It was emotional for both of us and I'm thankful I had written something we could both be proud of. I will say that when you're writing about a trauma that has existed not just on a personal, but a national level it's important to be mindful that your readers have each had their own experiences and for many it is still very raw. If you're considerate of that and don't try to sensationalize, you can write about a tragedy respectfully.

How does your law training and experience influence your writing? What path did you take to become a writer?

My legal background did provide me with some ostensibly transferable skills -- time management, oodles of writing experience and the ability to get by on four hours of sleep a night. But when I sat down to start writing my novel I realized my legal writing skills did not, in any way, translate into writing fiction. Lawyers are wordy (why say in two words what you can say in ten?) and write in a way no one would ever speak. When was the last time you heard someone say "hereinafter?" So, when I edited my first draft I realized I had to forget everything that had been drummed into me while practicing law, drop the legalese and get into the groove of writing fiction. I learned to write dialogue by saying the words out loud, testing them for authenticity. This led to some odd stares when I was writing in my local Starbucks, but it's all part of the process, right? Now I feel like I'm a server that's been wiped clean of legal writing skills. I don't think I could sit down and draft a contract today. Or maybe I just don't want to.

Becoming a writer was not part of my plan. I'd gone to law school to be a lawyer and didn't think I would deviate from that path. But as the saying goes -- We plan, God laughs. I had what Oprah would call my "light bulb moment" while I was sitting at my desk at 3 a.m. staring down at a pile of documents that were waiting to be reviewed. (In the interest of full disclosure, I was also munching on a plate of pancakes I'd just had delivered... as one does.) It hit me that the world of large law firms is so different than what is portrayed on TV and how surprised people would be if they knew what went on inside those shiny skyscrapers. I grabbed a notebook and scribbled furiously in a creative frenzy everything that came to mind, perhaps a little delirious from the sugar high combined with the sleep depravation. For the next few months I kept the notebook in my office and spent twenty minutes a day jotting down my observations. When writing in that notebook became my favorite part of the day, I knew my goals had shifted. I left my job to start writing my novel and am no longer eating pancakes at 3 a.m. Ok, rarely.