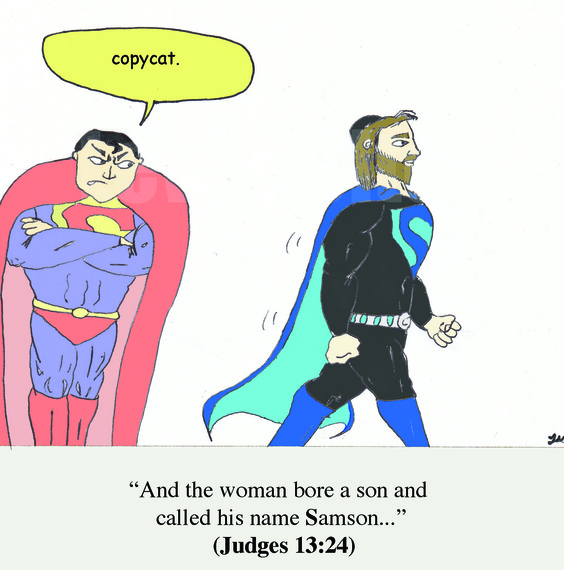 Samson has always seemed to be the Biblical version of Superman. Super-strong, a heroic champion for justice, and a name that starts with an "S." There's even an actual Superman comic storyline from the 1960's where Superman meets Samson (Action Comics #279). Though, of course, in that comic Samson didn't have an awesome "super-hero suit". In our contemporary age of superhero popularity, perhaps it is prudent to recall the words of the 2nd century Ben Zoma who said "Who is strong? One who overpowers his inclinations. As is stated (Proverbs 16:32), "Better one who is slow to anger than one with might, one who rules his spirit than the captor of a city."