In the 20th century, elephants have been used to finance violent conflicts across Africa through the ivory trade, resulting in a population reduction in the hundreds of thousands. The ivory trade continues to contribute to a three percent annual decrease in African Elephant population across the continent despite the seizure of 56 tons of illegal ivory from 2009 to 2014. In Mozambique's Gorongosa National Park, a civil war raged from 1977 to 1992 during which 95 percent of the elephants in the park were killed for their ivory, a major source of funding for weapons.

The National Geographic documentary War Elephants chronicles the restoration and ongoing efforts to acclimate elephants to peaceful human cohabitation in Gorongosa. The mass killings of elephants during the war disrupted elephant societies, leaving the orphans and traumatized survivors aggressively weary of the presence of humans. The park, with the assistance of Dr. Joyce Poole and her brother, cameraman Bob Poole, are building a mutually beneficial relationship with the elephants of the park that will allow tourism to thrive and help eradicate poaching in the region.

Individuals with little economic opportunities are drawn to the ivory trade where a kilogram of ivory can be worth up to $1,000 on the black market. At the current rate, African Elephants will be extinct before the end of this century, as the birth rate of elephants can't keep up with the pace of the killings. Elephants play a vital role in the ecosystems they inhabit. During dry seasons elephants will dig in waterholes to access underground water sources, creating water holes for other species. They aid in seed dispersal and their dung provides vital nutrients to plant life as a natural fertilizer.

In an interview, Producer of the National Geographic documentary David Hamlin and Director Bob Poole speak about the elephant conservation efforts in Africa, the ivory trade and the ongoing threat that poaching poses to the survival of elephants.

What can the average person do to help stop elephant poaching and the ivory trade?

David Hamlin: Honestly I don't know anymore -- not many approaches seem to be working. I'm discouraged, but there are fantastic organizations out there that are making a difference. A few of my favorites are Save The Elephants in Kenya, Joyce Poole's Elephant Voices, and Wild Aid.

Bob Poole: There are several things: Don't buy ivory, and lobby your government to support conservation efforts, and to put pressure on Asian consumption.

What measures have been taken with local communities in protecting the elephants?

David Hamlin: I can say that I (and many others) believe conservation is an evolving idea, and we've learned that real conservation doesn't happen from putting a fence around wild areas -- it comes from building local, sustainable economies for the people who live amongst an endangered species. This reduces the prevalence of poaching for bushmeat or other illegal commodities, e.g. tusks. Removing the local incentive to kill for money/survival is critical.

What inspired you to write and produce this film?

David Hamlin: I'm passionate about conservation and elephants. This story was a unique "collision course" of many issues I care about, ranging from the inspiring story of a rejuvenated Gorongosa, to our new understanding of elephant intelligence/memory and capacity to suffer from PTSD, to the passion of Bob and Joyce as scientists/Africans, to the unique partnership of a brother and sister taking on an almost insurmountable challenge.

All of these narratives taking place amidst the very real dangers in play for elephants and humans felt like an important story. Also, I wanted to tell this story as something other than standard "animal attack" schlock. This is ultimately a redemptive story -- hopefully shedding some light on two species that want the same thing -- to forge a new peace, and I have complete faith that it will happen in Gorongosa!

What inspired you to direct this film?

Bob Poole: I wanted people to know what happens when elephants are poached, and the long-term effects on individuals and their families.

Since the film, what progress has been made in protecting the elephants and further acclimating them to the presence of tourists?

Bob Poole: Most of the elephants were killed in Gorongosa. The ones who are there now were spared as they had little or no ivory. In terms of acclimating them to tourists, we learned that it's important to observe them from a distance.

Since the film's release, how has it benefited the ongoing restoration of elephant populations in the region?

Bob Poole: I don't know if it's made an impact, but it was translated to Portuguese and shown in Mozambique with the title Healing Africa's Elephants. One can hope for changing people's minds.

Is the Ivory trade in decline?

David Hamlin: I'm not sure how to quantify that. Less demand from China? Probably not. Less poaching in Africa? Perhaps a bit. More security for elephants? Far from it.

What was your favorite part in helping to create this film?

David Hamlin: Everything about it. It was a wonderful and important experience for me. First, the park itself is astounding -- truly gorgeous -- a pristine world beginning a rebirth. Every clichéd metaphor you can think of is in play there. It is Eden rising.

Second, the elephants themselves. I felt a palpable connection to these elephants. Did they feel the same? Certainly not, but they shared their lives, their histories, their pain and struggles with us, and I'll never forget it.

Then there are the Gorongosa personnel -- fantastic and committed scientists/conservationists who take great pride in their national landmark. They were very inspiring. Then there was the joy of working with Bob and Joyce Poole. Two great friends who felt like close family by trip's end.

Aside from poaching, what are some of the other factors that threaten elephant populations?

What is your hope for the future of African Elephants?

David Hamlin: The one thing this film strives for: Peace.

Bob Poole: My hope is that they thrive. 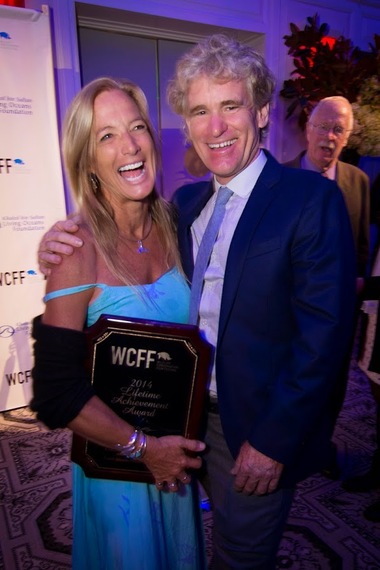 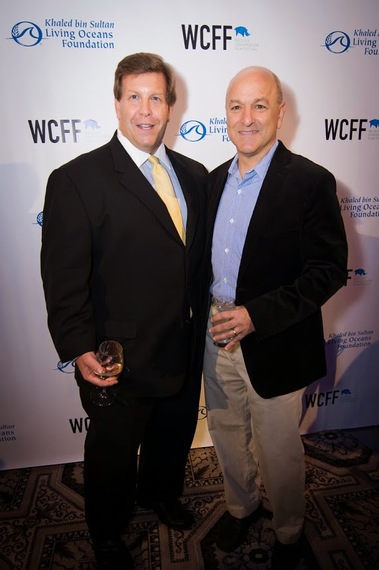 More about the film.