How does change stick? Big change? Society-changing change? History-making change? Does it come down from the skies? Does it grow from seeds? Or does it whisper through the air like the wind?

Take a moment to metaphor with me. "Down from the skies" is the establishment, "seeds" are the young people, and "whisper through the air" is popular culture and the arts. Can you see it? Stay with me while we consider the question of diversity acceptance in our society. Let's also consider diversity to not be only about color and gender, but much more.

Finally, let's consider that there is good work being celebrated this weekend in Hollywood at the Young Artist Awards. Change that the #OscarsSoWhite, #OscarsSoAble, and all of our communities should learn from. 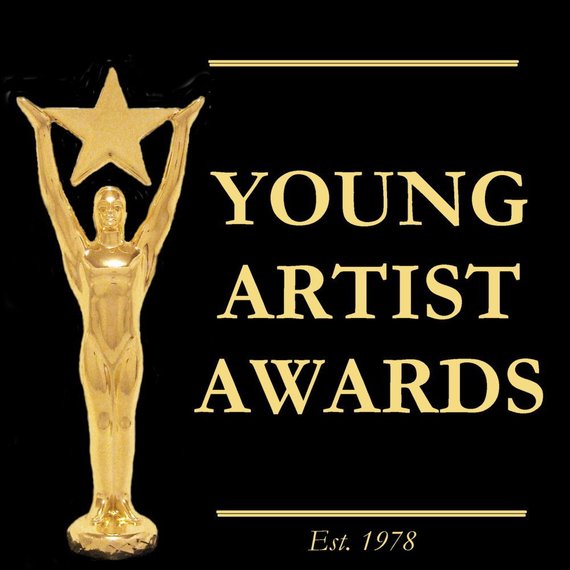 Popular culture and the arts both fuel and fight prejudice and stereotypes. When it comes to changing attitudes and isms, books, TV and movies provide "the best way to combat this tendency (of aversion to unknown/unlike people)", which is "to provide students with ample evidence that people that don't look like them are, at the core, people just like them."

Inclusion and visibility are both important for understanding and accepting others, but also for those who see themselves as outsiders, or outside of possibilities. When someone sees "someone like me" in the movies or on television, dreams are turned into goals and goals into reality. For example, it's often told how Whoopi Goldberg was inspired by the character Uhura on Star Trek, played by Nichelle Nichols, and that seeing someone like her made an impact on her own identity and her future.

This year the YAA are being co-hosted by two young adults. Film, television, and stage actress Shelley Regner and film, TV journalist, and athlete, Connor Long.

Shelley Regner is a recent graduate of Louisiana State University and stars in the musical films, Pitch Perfect and its sequel, Pitch Perfect 2. Regner is surely inspiring girls and young women around the country with her vigor, talent and ambition.

Connor Long is also inspiring others who look a little like him. His work in the short film Menschen has been well received by audiences around the world, but it strikes a particular chord for other people with Down syndrome. I attended a viewing where a woman who also acts in local theater projects stood in the Q & A segment and stated she was glad to see that Connor appeared to be "proud to have Down syndrome. So am I."

This is a key point where the Young Artists Awards are showing the Oscars up, big time.

There are many people like myself who shouted "Yeah!" at Jennifer Laszlo Mizrahi's statement:

Diversity must really mean diversity -- and that includes the one-in-five Americans who has a disability. Disability needs to be part of every conversation on diversity. We support the #OscarsSoWhite response, but we are fighting for including for everyone.

I'd like to note here that the Young Artist Awards nominees were chosen by committee based on three minute submissions which were all settled in January, before this year's Oscar controversy.

The nominees listed on the Young Adults Awards website led me down an impressive rabbit hole. From the line of credentials and work already accomplished by Robin de Zwart to the lovely Layla Crawford who's already rocking demo reels, commercials, TV and social networking. These nominees include young stars who are singers, dancers, actors, writers, and directors who are breaking the barriers of what mass media typically looks like. Take a peek at some of the artists:

These young actors are the seeds. And change is in the wind, but for this to evolve into long term change, we need the rain to come down. Will the establishment, the old guard, the "man in charge" continue to encourage these diverse voices? I hope so. I hope the world pays attention to the 37th Annual Young Adult Awards being held this Sunday in Hollywood.

I hope these seeds take root to create a more diverse Hollywood and a more accepting future. It's more than time; it's #HistoryInTheMaking.