"We're nothing like those Kennedys. They're Catholic!" my petite, schoolmarm grandmother chided through pursed lips. Her terse reply startled me since Kennedy was her maiden name. I never mentioned the matter again, but often wondered why my query upset her so much.

After reading The Other Irish: The Scots-Irish Rascals Who Made America, a wonderfully entertaining and highly informative book of historical nonfiction by journalist Karen F. McCarthy, I finally understand. My grandmother's anger when asked how we were related to America's royal family is one tiny element in a conflict that's been raging at least since the Roman Empire, perhaps longer.

McCarthy takes the reader on a sweeping journey, which begins in Europe with the origins of the ancient antagonism between the Gaelic tribe Dál Riata and the marauding Picts, continues with the settlement of Scots in Northern Ireland during the Plantation of Ulster and then moves to the Siege of Derry, a showdown in 1688 between the deposed Catholic King James II of England and his usurper, the Protestant King William of Orange. William rescued the Presbyterian inhabitants of the ancient walled city from a grueling siege, and afterwards, Northern Irish Protestants became known as "Billy boys."

Even though she's writing about events that happened 300 years ago, the author's agility as a storyteller makes each moment come alive via concrete descriptions and relatable, human-interest stories. Rare is the writer who can not only recite historical facts, but also make them vibrant and flesh-colored. McCarthy is indeed one such gifted writer.

In America, she explains, the word "Irish" originally referred to the Presbyterian sons and daughters of the Emerald Isle who immigrated beginning in the 1700s. When the Catholic Irish began arriving in the mid 1800s, the Protestants soon took to calling themselves "Scots-Irish" to distinguish themselves from their long-time rivals.

This ethnic group has so greatly shaped American politics, religion and culture that McCarthy says they are "arguably the most patriotic of all Americans." In the subsequent nine of the book's 10 chapters, she details the various ways the United States, particularly the South, reflect the character and customs of these "Other Irish."

Evidence of her finely-honed skills abound on every page. The Other Irish reads like the basis for an exciting PBS or History Channel mini-series, an unexpected pleasure in a 374-page history book. Chapters open and close with an interview of a living American to illustrate one current aspect of the Scots-Irish influence, a device that makes for dynamic and topical narrative. McCarthy is an acclaimed filmmaker and reporter: she was embedded with coalition troops in Iraq for the Irish Times and her four-part documentary, Made in America, was broadcast on her home country's leading network RTE. This background makes her writing feel more like fresh, in-depth magazine journalism than dry textbook script.

In the second chapter, entitled "Three Frontiersmen and Their Guns," McCarthy commences with the modern-day story of hunter, Second Amendment advocate and environmentalist David Crockett, descendant of the legend of the Alamo. "People down here are attached to their guns because they've grown up close to the earth," he says to McCarthy. Using this interview as a springboard, the author makes the case that the Scots-Irish valued individualism, adventure and self-reliance, and were therefore perfectly suited for life in the American wilderness. She illustrates that point with engaging descriptions of Davy ("King of the Wild Frontier") Crockett, U.S. President Andrew ("Old Hickory") Jackson and Texas's first governor Sam ("The Raven") Houston, all Ulstermen by heritage.

Chapter Three, "Them That Believe," begins with a description of Appalachian Pastor Jimmy Morrow, a modern-day snake handler. Of his first time, Morrow tells McCarthy, "I weren't in no Church. I handled my serpents out in the wild. I just prayed and asked the Lord for some snakes." Morrow tells of going into the mountains, finding three copperheads, and taking them to his congregation over the next five years -- and of only getting bitten twice. It's a riveting introduction to a world many readers will have heard of, but never seen. The author then provides context by looking back to Presbyterian zealot William Tennent, who founded a frontier seminary called the Log College in 1727, and how that school was one spark that lit the fire of religious emotionalism in the South, which continued with the firebrand revival meetings of the "Second Great Awakening" in the early 1800s, the participation by William Jennings Bryan in the Scopes Monkey trial of 1925 and the rise of the "Moral Majority" in the 1980s. McCarthy argues that traditions of worship such as speaking in tongues, wielding political pulpit power and snake handling are merely offshoots of Scots-Irish expression of faith.

Another area of American life McCarthy believes the Ulster-Scots forged is the military. In "American Soldier," she quotes British Prime Minister Horace Walpole, who said of the American Revolution, "Cousin America has run off with a Presbyterian parson, and that's the end of it." She also highlights the key role Andrew Jackson and the diehard Tennessee militia played in the War of 1812, the Northern Ireland roots of Confederate general Thomas J. ("Stonewall") Jackson, and calls General George S. Patton "the quintessential Scots-Irish warrior: an all-American hard-ass."

Further chapters revolve around Scots-Irish in politics (Woodrow Wilson, Franklin Roosevelt and Harry Truman had ancestors who sailed from Northern Ireland); country & western music (first called music of the "hillbillies", a term derived from the description of "Billy boys" from the "hills" of Appalachia); NASCAR (which began with moonshiners racing souped-up cars to escape the law); and storytelling (Edgar Allan Poe, Stephen King, Mark Twain, William Faulkner and George Lucas each descend from Scots-Irish lineage.)

McCarthy appears to have exhaustively researched her subject matter, as her work concludes with 32 pages of bibliography and notes. She must have done an incredible amount of primary research throughout the southeastern U.S. in order to fill the book with so many interviews, which include ones with General David Petraeus, racecar legend Junior Johnson and country music scion John Carter Cash.

I heartily enjoyed reading this book, not only because I learned about European and U.S. history, but also because it provides a context in which to place my own family genealogy. After finishing The Other Irish, I researched the history of the Kennedys. Two clans claim the surname, one Hibernian and the other Scottish, with the latter including a branch in Northern Ireland. Heaven help the poor soul, like me as a child with my grandmother, who confuses the two. 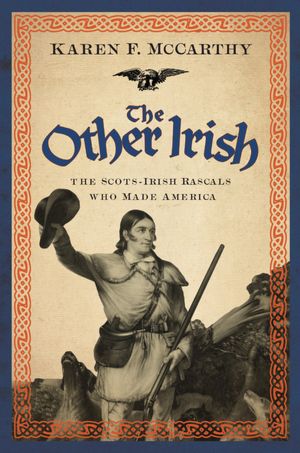 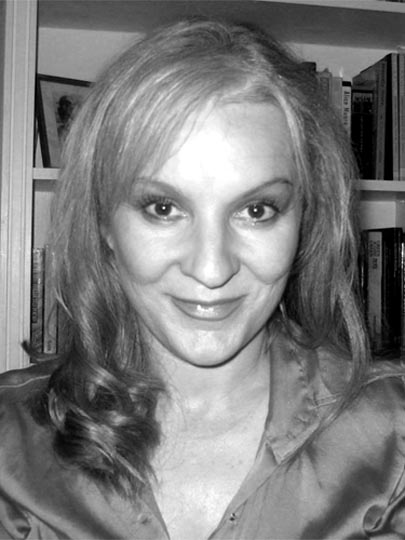