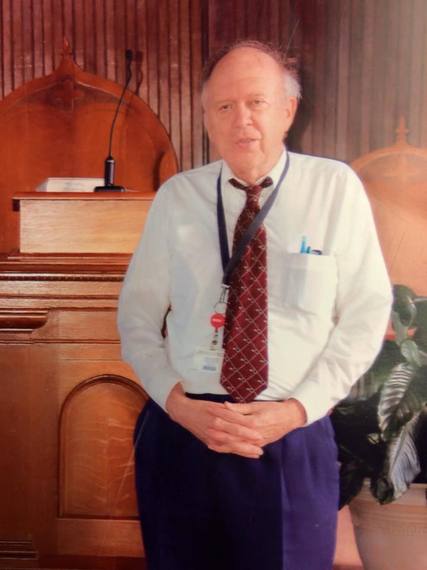 Make no mistake, there truly are ghosts in Mississippi. Most often, they inhabit long forgotten places and toil with hopes that their mortal lives have not been lived in vain. A few years ago, I first traveled to a forgotten place to meet a forgotten man. "For his sake I have suffered the loss of all things, and count them rubbish, in order that I might gain Christ and be found in him..." Though I had heard the words of Philippians 3:8 many times before, I had never heard them like this. We all know that the setting and the speaker often increase the magnitude of words. I knew that the man speaking to me despite a mangled jaw was someone who had sacrificed his life to be on the side of justice. A veteran of the Civil Rights Movement and many other struggles, Rev. Ed King is a complicated man. Long forgotten by everyone except the most meticulous of historians, Rev. King truly has suffered the loss of all things in order to authentically gain and be found in God. While I went down to Jackson to collect and tell his story, Rev. King ended up changing mine.

We have very little cultural space for alternative heroes of the Civil Rights Movement. In an age of certainty, we have constructed clear lines of what we think an authentic hero is supposed to look like. Rev. King believed that the only line that should have consequence on the way that we engage the world is the one between justice and injustice. Desiring to stand on the side of justice, Rev. King was mentored early on by Medgar Evers. Serving as chaplain of historically black Tougaloo College, Rev. King helped to strategize, organize and lead the Civil Rights Movement in Mississippi. There are few other figures as close to almost every major event in the Mississippi Movement. From talking to Evers before he was assassinated to being a part of the demonstration at Woolworth's Lunch Counter to being heavily engaged in Freedom Summer to being an early participant in and candidate for the Mississippi Freedom Democratic Party, Rev. King was consistently there and paid the price. Why do so few people know who he is?

From experiencing numerous acts of violence (including the crash that left his jaw mangled) to constant threats and psychological torment, Rev. King is forever scarred by the Civil Rights Movement. In the 50 years since, Rev. King has divorced, sometimes been broke and struggled to find his place in the emerging historical consciousness of the Movement. There were four people in the service when I met Rev. King. When I left, I felt sad that so many people were missing out on a chance to interact with such a historical figure. Sometimes, I still feel sad when I talk to him. I guess I shouldn't. Rev. King has chosen to suffer the loss of all things and count them as rubbish so that he might be found in God. Through Rev. King I have learned that true discipleship is costly, especially in a society that has such strict interpretations of what authenticity is supposed to look like. During this time of celebration of the life of the Rev. Dr. Martin Luther King, Jr., let us all not forget that there were other Kings and that life is about engaging in our own authentic pursuits of justice no matter what the cost.