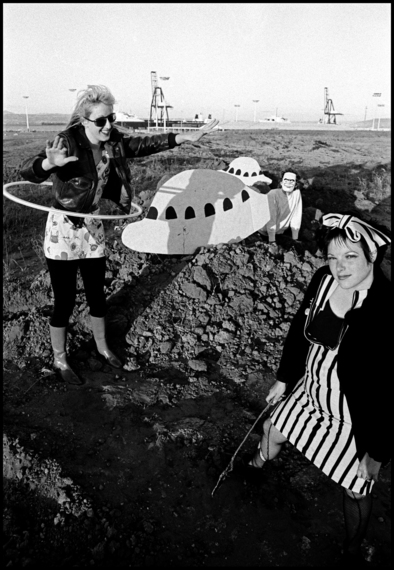 The art world spotlight shifts to San Francisco this month with the grand re-opening of SFMOMA's new Snøhetta-designed museum on April 29th and the concurrent launch of Gagosian Gallery in the fabled Crown Point Press building. The latter being an indicator that the commercial art world senses a gold-rush opportunity to cater to newly minted tech titans. Given San Francisco's dynamic and evolving art scene, I thought it would be the perfect time to look at "The Other San Francisco" and highlight two recent exhibitions that should be on the cultural radar.

San Francisco, both in myth and reality, has always been a nexus of productive subcultures defined by a sense of urgency and radicality where someone like the Dead Kennedy's punk-rocker front man Jello Biafra could run for mayor and be taken seriously. Historically, individuals have migrated here to move out of the mainstream and into alternative lifestyles as is the case with current technology culture. Two exhibitions "Void California: 1975-1989" and "Tales from Topographic Oceans" offer a distinctly native San Francisco vibe: one looks back at SF recent art history, while the other is rooted in a current, but fringe, SF art community.

"Void California: 1975 - 1989" organized by the students in the class of California College of the Arts 2016 Graduate Program in Curatorial Studies, along with professor Julian Myers-Szupinska at the Wattis Institute of Contemporary Art, looks at the work of Punk artists from the period between the aftermath of the Vietnam War and Ronald Reagan's first bid for the presidency. Inspired by the "new-wave cultural research" of V. Vale's Search and Destroy zine from the late '70s, the student-curators gathered publications, archival material and artwork by the likes of Raymond Pettibon, Fred Tomaselli, Negativeland, and Survival Research Lab.

The curatorial optic argues that California under the leadership of Reagan had become a front-line of conservative policy as well as the real-life theater for an array of epic violent events, including the Manson Family murders, the SLA abductions and bombings, and the assassination of Mayor George Moscone and Supervisor Harvey Milk. The show manages to perform an archive of materials from a network of artists that formed an affective community of shared values and politics. The zines, photographs, video montages, documentaries, and sound collages presented here risk disappearing as art objects and this might be the biggest message from the show. 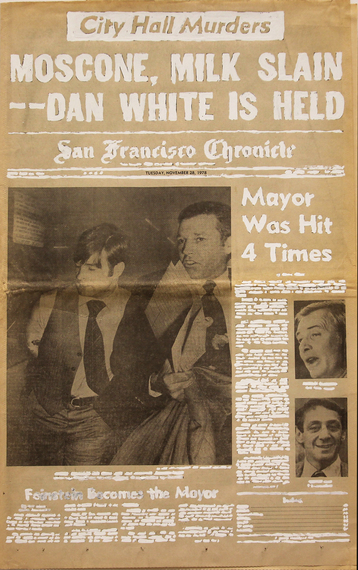 As Julian Myers-Szupinska explains, "This is not an exhibition of the sort-of punk nostalgia machine that has been overwhelmingly mainstream in the last few years. It is not a show of punk memorabilia. It's a show of artwork. The students who did not live through this period were able to be diagnostic and to avoid rose-colored glasses."

Void CA just begins to point to an indigenous SF industrial avant-garde that came together in the '90s including tech art pioneers Ken Goldberg and Kal Spelletich who constitute their own subculture as "machine-artists" following V. Vale's Industrial Culture Handbook, Dada, Kinetic art and the history of technology. Machine-art, like punk-art, has been overlooked to this day by Bay Area collections and museums, but its work has a mechanical signature style that simultaneously honors, mocks and critiques technology and seems more relevant today than ever. 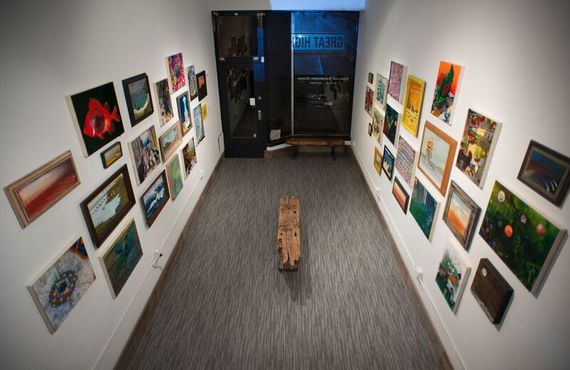 In 2000 Bob Carillo, otherwise know as Bad Vibe Bob, surfing devotee and then art installer, organized the millennial show "Surf Trip" at Yerba Buena Center for the Arts which marked the introduction of the then newly emerging "art and surf" genre that was thriving in California surf communities where surfing was still the "beautiful sport" and not yet professionalized. This show, which has now become local legend, drew from artifacts, sculpture, painting, film, video and installations by artists such as Tracey Moffatt, Leo Bersamina, Barry McGee and the late Margaret Kilgallen.

A Mission-district native son, Bob Carillo is the curator of "Tales from Topographic Oceans" featuring Ned Evans and Chris Wilder paintings at the Great Highway Gallery in San Francisco's Outer Sunset, a short walk to Ocean Beach. "The story of ocean art has yet to be told," says Bob Carillo "It's still a fragmented story. There is a whole Surf Noir fiction genre like Jay Castian Kang's work out there that tries, but the art world has turned a blind eye to these artists, these disenfranchised oceanic art people." For Carillo, the Outer Sunset has become "an extension of the tech culture overrun from the rest of the city but John Lindsey at Great Highway Gallery is carrying the torch."

Surfer, graphic designer and longtime San Franciscan, John Lindsey is the affable owner and director of the 400-square-foot Great Highway Gallery whose mission is to create a hub where art meets the ocean. John is quick to list all his favorite spots in the 'hood' including his direct neighbors Andytown Coffee Roasters and the Lawton Trading Post. "This neighborhood has really become a community in the last few years. I've been very concerned about the economic divide in SF, but there are more alternative spaces opening up. For a long time there was just Mollusk Surf Shop, now there are places like Irving Street Projects and 3-Fish studio." 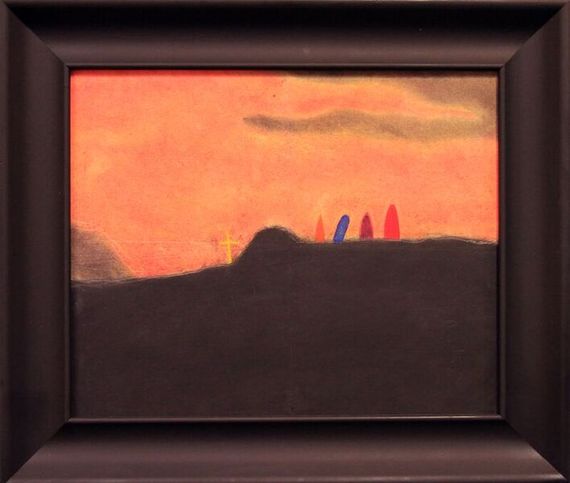 I first encountered the artists Ned Evans and Chris Wilder's work in the sprawling 2010 three-gallery show "Swell" in the spaces of Nyehaus, Friedrich Petzel Gallery and Metro Pictures in Chelsea, New York where they were shown alongside artists that appear in Void CA and a wide array of artists as Sister Mary Corita, Thaddeus Strode, Ed Ruscha and Vija Celmins .

Chris Wilder teaches at Otis College of Art and Design and he creates thickly layered and collaged paintings, depicting oceanic, tropical and psychedelic imagery. From his Venice, CA studio, Ned Evans continues to expand his practice. In this show, he paints over found framed thrift shop paintings of the ocean -- many of his final pieces are comical like the clown bobble-head floating on a wave, while others point to more bleak visions of the ocean's future. These two artists have created a print together that is editioned by the gallery. The show, exhibited salon style as a jumble of Wilder and Evans imagery, is in itself an artist collaboration.

San Francisco is a city of endless reinvention and experimentation, and as it undergoes its current massive sea change, many parts of its arts ecosystem are disappearing. My message is simple: While we celebrate the new big name openings this month, let's not forget "The Other San Francisco" whose exhibitions and venues give context and color and a sense of place that we may otherwise forget or worse, never even know about.