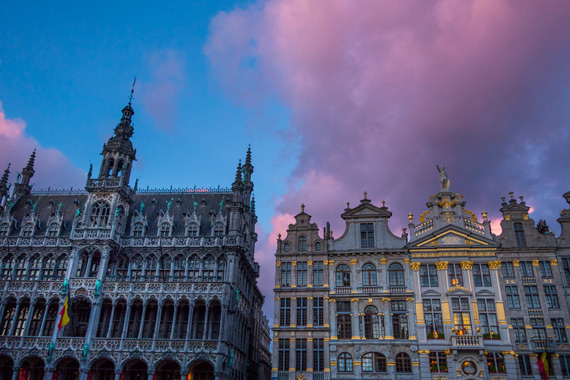 Source: Veronica Morrison, From the Upside

Nearly one year ago today, I was standing in the middle of a bustling city square surrounded by ornate 17th century guildhalls just as the sun began to set. The lower the sun dropped, the more vibrant the colors became. The sky turned the most vivid shades of purple, pink and cerulean blue. The buildings of the Grand Place, adorned with gold, came to life in 14 karats.

This is the Brussels I know.

Like most of the travelers caught in the airport and metro stations last week during the horrendous attacks, I had never considered Brussels an unsafe place to travel to. Nestled in the heart of Western Europe, home of the European Union, rich in history and brimming with world renowned chocolate. What could possibly deter me from visiting such a city?

I'm heartbroken for the loss of lives, the mourning families and the wounded city I so enjoyed visiting. But what makes me even more sad is the thought of the impending damage terrorists will have done toward tourism to this beautiful city. 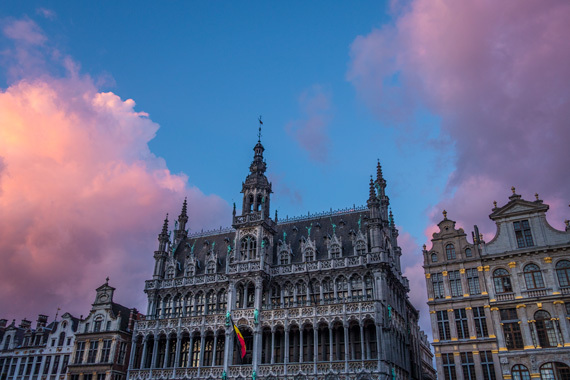 Source : Veronica Morrison, From the Upside

Paris, although still recovering, bounced back stronger than ever after the attacks last Fall. But what about the lesser glorified, lesser traveled cities? Copenhagen. Alexandria. Oslo. Brussels?

It's true that most major cities have their 'shady areas'. Brussels is no exception. But does that mean we should avoid them out of fear?

Caution is essential when considering travel to countries following major attacks. But what about the months and years to follow?

My hope is this: that the attacks on Brussels will not dull the golden luster of such a beautiful, unique European city. That travelers will use caution, but not to the point of travel paralysis, when considering a trip to Belgium. That fear will not keep us away from the cities who fall victim to crimes against humanity.

Responsible travel is so much more than carbon offsetting. It's not allowing fear dictate our travel decisions. It's finding a balance between common sense, caution and the desire to connect with other cultures.

If we let fear control our travel explorations the world becomes a much smaller place. Any country can fall victim to horrible events. Let's not let that fear blind us to the beauty of the people and places we have the desire to visit.

Veronica Morrison is an intrepid traveler and founder of From the Upside a Top 15 International Travel Blog. She is passionate about responsible travel and aims to help others get out and explore the world while improving themselves and the world around them.