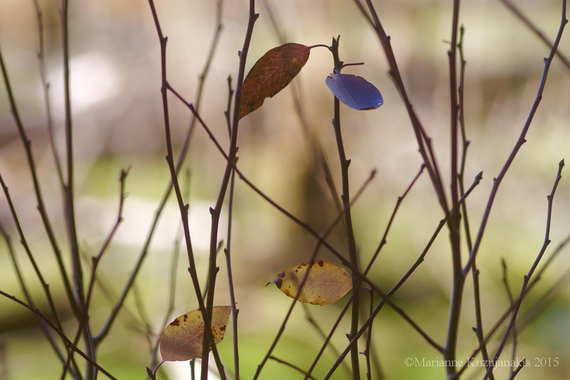 On December 2nd in San Bernardino, California, the U.S. experienced yet another mass shooting.

At a company Christmas party, 14 innocent people were killed and 21 wounded. Two shooters were also killed. News of the tragedy caught all of our attention and has held that attention in these days since.

Articles, news programs, social media, speeches, and protests all cycle again. Then, as always, the attention will likely quiet down until the next time. I hope I'm wrong.

Meanwhile, the gun dealers themselves receive rush sales in the days following such attacks. Black Friday, the December 4th retail sales day, resulted in an all-time record-breaking 185,000 gun background checks, which gives an estimate of approximately 60% of the day's gun sales.

Today is a definite bull market for gun dealers. A recent article writes:

But I'm not going to write about gun control or about the frequency of mass shootings in the U.S. Much has already been said. Still much more can be written on the breakdown of the fabric of society, the family unit, education, job security, the effects of media, and so on.

In the San Bernardino, California shooting, not only were adult victims involved, but there were also twenty children left behind without a parent. We often don't hear about the children left behind. I think we should put a face to this tragedy. Every day children lose parents to gun violence. Over 20% of children have also been witnesses to a real shooting. 46 million children every year in the U.S. are exposed to violence of all sorts in their homes or neighborhoods.

The media plays its own role, and the American Psychiatric Association reported that,

Exposure to violence has long-standing consequences. We are only beginning to examine the long-term consequences of exposure to media violence. The trauma of actually losing a family member or even a friend to violence is substantial, and unless any of you have experienced the pain and helplessness, it cannot even be imagined. Children who are grieving as a result of such a loss are at high risk for PTSD and probable long-term emotional and health issues. These children need emergency counseling and support.

Each year in the U.S., there are over 33,000 deaths from firearms - on track this year for surpassing, for the first time, motor vehicle deaths. It will now be more likely to be killed by a gun in the U.S. than by a car or truck.

A gun kills seven children every single day. For children, teens, and young adults, approximately one child dies from firearms every 70 minutes. Over 3,000 children and teens are killed every year from firearms, mostly from homicide or suicide. If you extend the age group to include young adults who are less than 25 years of age, that number increases to over 6,000 deaths annually. African-American children, in particular those between ages 15-24, are at risk of firearms-related death at a rate far exceeding that of any other U.S. group.

Each year in the U.S., there are approximately an additional 84,000 non-fatal firearm injuries. Of these, 36,000 injuries occur in children, teens and young adults. Some of these injuries are severe, traumatic, and life-changing.

With so many guns, gun sales, and incidences of gun violence, it may come as a surprise that only 32% of U.S. homes have guns. One can only extrapolate that while some homes have no guns, others have small arsenals. Furthermore, not all gun owners are responsible with the care of their guns. One-third of household guns are kept unlocked and fully loaded. Make no mistake...the vast majority of children (75% of children less than ten) know where the family guns are kept.

Also not often discussed are the children of the perpetrators of gun violence. The shooters in the San Bernardino incident had a six-month-old child. This child is as much a victim of the massacre as the children of the other casualties. Sometimes the shooter survives, and is then taken to court, tried and convicted and placed in prison. The children of these criminals are still victims themselves, separated from parents and for violent reasons.

Five million children at some point in their childhoods have had a parent incarcerated for one of a variety of reasons. That is one out of every 16 children. The frequency is twice that for African-American children. Three times as frequent in families of poverty.

For some children, their parent is in prison for a violent crime, be it gun-related or other violent act. These children often have greater lifetime exposures to violence and tragedy. Using data from Child Trends of residential parents only, for children with a parent in prison, one-third witnessed domestic violence, one-fourth lived with a mentally ill or suicidal family member, and 10% experienced the death of a parent. These are likely underestimates.

Having a gun in the home, especially with a child, is not the back-up safety plan many feel it is. In fact, owning a gun may raise the risks of accidental shootings, homicides, and suicides by a factor of 22.

"For every time a gun in the home was used in a self-defense or legally justifiable shooting, there were four unintentional shootings, seven criminal assaults or homicides, and eleven attempted or completed suicides."

Children should be at the center stage of this ongoing debate. They are the victims left behind when parents are killed. They are victims who themselves die at the hand of others or by their own hands. Children are our future, and for many their future will be limited. They deserve their voices to be heard.

Importantly...Gun deaths as a result of acts of domestic terrorism or mass shootings should not be the only events to get our attention. Kids and parents die each and every day due to gun violence.

Shame on us for turning our backs on this issue for so long. Shame on us if we turn away from it again.

"We owe our children - the most vulnerable citizens in any society - a life free from violence and fear." - Nelson Mandela

This article also appears on Kuzujanakis.com

Parents Behind Bars: What Happens To Their Children (Child Trends)

Behind the Bloodshed: The Untold Story Of America's Mass Killings