It was the other Supreme Court case, however, California Proposition 8, that pushed us to make -- perhaps angered us to make -- this doc in the first place. Generation 8 was our original working title, as we planned to examine the post Prop 8 world around the right to marry. But as filming commenced, we quickly realized that our subjects were passionate about issues beyond marriage equality.

The Out List is my sixth film for HBO about identity, struggle and achievement. It follows The Black List trilogy and the two Latino List films. This project got off the ground, by some combination of luck and fate, when I met Ellen DeGeneres backstage at a fashion show. In passing, I pitched her my thirty-second description of the film. Six months later, interviewing her in Burbank, we found a woman who was funny, of course, but also emotional, vulnerable and profound. As filmmaking progressed our subjects continued to defy expectations. Neil Patrick Harris, Cynthia Nixon, Suze Orman, Christine Quinn, Jake Shears and Wanda Sykes all stepped out of their media trained personae to offer insights and honesty. Act Up activist and Normal Heart author, Larry Kramer, reminded us of the impact of AIDS and the power of anger. Even Log Cabin Republican, R. Clarke Cooper, somewhat persuasively explained his need to work from within the party that would deny him equal rights.

The Out List airs on HBO, June 27th, the 44th anniversary of the Stonewall riots. It could also be the day that the Supreme Court rules on Prop 8 and on Edie Windsor's case against DOMA. Sometimes you are just in the right place at the right time.

All photos by Michael DellaPolla for Greenfield-Sanders studio.

PHOTO GALLERY
The Out List
Download
Calling all HuffPost superfans!
Sign up for membership to become a founding member and help shape HuffPost's next chapter
Join HuffPost 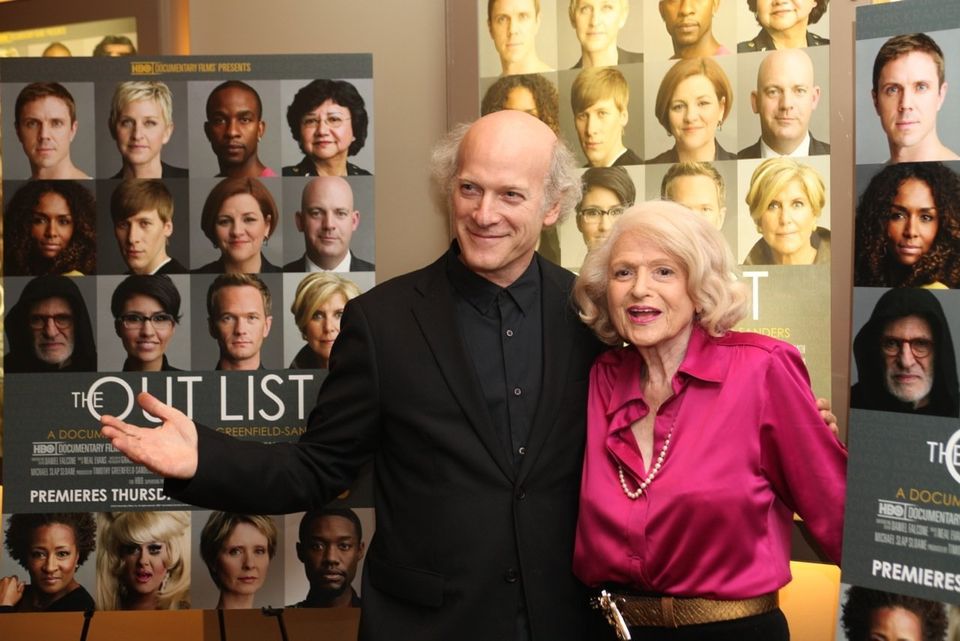