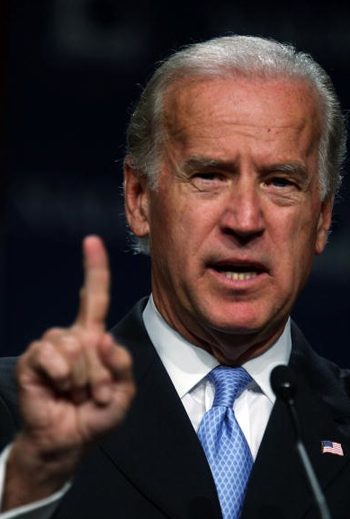 Sarah Palin and John McCain have always been for it. Joe Biden was sort of against it before he was for it and Barack Obama embraces it. To what am I referring? The alleged panacea of clean coal.

Doesn't it make you feel all warm and fuzzy? We can have our most polluting energy source, the one that gouges our land, dirties our air with particulates, poisons our water with mercury, and generates most of our greenhouse gas emissions because it's the cheapest, currently most abundant fuel source we have. Well hold on there, coal mavericks, you're mistaken. Coal is a non-renewable resource. Factor in the externalities of pollution and costs to human heath, and the so-called cheap fuel source skyrockets.

One of our most abundant energy source is geothermal energy. A 2006 Massachusetts Institute of Technology study concluded the United States is sitting on recoverable geothermal energy about 2 thousand times greater than our current annual consumption. What makes geothermal even more appealing is that's it's available day and night and can be used as a baseload energy source like coal or natural gas. We have prime hot spots in the West and Alaska that are relatively easy and cost-effective to access. Geothermal extraction can cause seismic disruptions but is far less detrimental than coal, including significantly lower carbon emissions. Let's not forget that the U.S. ranks fourth in solar capacity and second in wind, gosh darn it. The U.S. Department of Energy (DOE) estimates that, with the proper infrastructure and transmission capacity, wind could generate 20 percent of our energy by 2030.

Clean coal is a lie. The catch-all term is used by politicians and coal advocates alike to lull the American public into complacency: It's okay, we can build more coal plants, they're clean. They include technologies like flue gas treatment, carbon storage and capture and gasification. And while there's been a lot of talk about these efforts, there's been very little action because of the cost and other barriers to implementation. The DOE pulled out of its original clean coal agreement with FutureGen Alliance coalition of oil and coal companies earlier this year because of cost increases. (DOE is now soliciting loan guarantees for carbon sequestration proposals in conjunction with FutureGen. They won't announce them until the end of the year and nothing will be running until at least 2015.)

Let's mine a little more. One of the most popular components of "clean coal" technology is carbon sequestration. This involves capturing carbon dioxide from coal plants and pumping it deep into the ground. The pro-coal folks bandy this notion around a lot as a way for us to burn our coal and have it, too. Here's the deal, my fellow Americans, sequestering carbon doesn't solve our pollution problems. Coal-fired plants are the largest source of mercury contamination in the country. Their emissions cause acid rain, smog, water pollution, and depletion of our ozone layer.

Sequestration doesn't solve our energy problems, either. The lure of carbon sequestration encourages us to continue to get our power from dirty sources & consume rampantly. In actuality, sequestration requires more energy, new equipment, and new chemical reactions that, you betcha, create more pollution.

Netherland's Utrecht University is attempting to quantify these environmental trade-offs. They've discovered that captured CO2 has to be compressed to about 100 times atmospheric pressure, transported to a suitable underground reservoir and pumped into the ground. In order to cover the sequestration energy needs, a coal-fired power plant that sequesters its carbon ends up burning about 30 percent more coal than conventional plants.

We can't separate out one greenhouse gas and ignore the other pollutants that are generated in the process. Especially when we have no idea what will happen to the CO2 once it's buried (the Intergovernmental Panel on Climate Change predicts it'll stay in the ground for centuries.
Instead of pouring one more penny into making a dirty industry slightly cleaner by 2015, we should be funding infrastructure and technologies that will get us out of this carbon sinkhole and create sustainable jobs and build competitive advantage for America in the global marketplace.

According to a new study from climatologist Pushker Kharecha and James Hansen, the Director of NASA's Goddard Institute for Space Studies, phasing out coal is the one thing we can do to quickly alleviate our climate change quandary. Most of the rise in the carbon dioxide levels that contribute to climate change is the result of burning fossil fuels. (These fuels are the cause of about 80 percent of the atmospheric rise in CO2 since the pre-industrial era.) Carbon dioxide accounts for about half of the human-caused greenhouse gases in our atmosphere. But it could be kept below harmful levels if we phased out the emissions that come from coal-fired plants within the next few decades.

Kharecha and Hansen, of course, think that we should wean ourselves off non-renewable resources like crude oil and petroleum, as well, but because coal is still relatively cheap and abundant, that's their main target. The good scientists explored various scenarios, ran the numbers, and determined not only that the most important mitigation strategy was to phase out CO2 emissions from coal but that it's feasible using the technology we currently have or have within our grasp.

Yes, we can phase out coal. The naysayers that think this can't be done are mistaken. Brazil's sugarcane ethanol has put the country far ahead of the curve in terms of procuring domestic energy, and the country declared itself independent from foreign oil in 2007. Though Brazil has also boosted its domestic oil production, 90 percent of the new cars sold in Brazil this year are flexible fuel models (produced by General Motors and Ford, among others) that can be made to run on any combo of gasoline and ethanol for an extra $100.

Iceland used to get 100 percent of its energy needs met by imported oil and coal back in the 1970's. Today, they're 70 percent energy independent through the application of homegrown geothermal and hydroelectric power. (The island-nation also used to rank as one of the poorest nations in Europe. Now, the International Monetary Fund ranks it as one of the wealthiest.) Sweden's making the same strides--and also reaping economic benefit. In 2006, they announced they'd be fossil fuel and nuclear-free by 2020 which has sparked innovation in hydroelectric, geothermal and cellulosic biofuels. Norway is one of the leading producers of oil, but gets 98 percent of its electricity from hydro-power. Denmark gets over 18 percent of its energy from offshore. . .windmills, not drilling, baby.

The United States has far greater domestic energy resources than Scandinavia. So, in the future, when we all use jet-packs to fly around, hang out with clones of our cats and live half our lives in virtuosity, I'll support clean coal. Until then, I'd rather we spend our time, money and energy building bridges that actually get us somewhere. (Wink.)

This post was written by Simran Sethi with Merete Mueller. With thanks to usliberals.about.com for the image, and to the University of Kansas School of Journalism.