It's a terrible thing to watch the country of your birth slowly tear itself apart in an unwavering death march. That place which first welcomed my half-opened infant eyes is no longer the one I knew, nor the one from the stories I have heard.

I am not talking about the suffering of Syria or the plight of Ukraine, though tragic their stories are. The pain and torment which affects me and tens of millions of others is occurring in the South American nation of Venezuela, one which has tightened the noose around its neck over the last two decades with bad policy after bad policy. 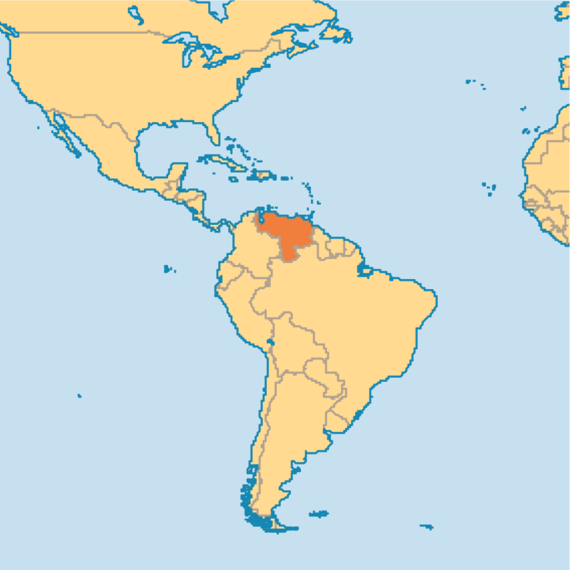 Increasing international attention to the grave crises affecting Venezuela has led many who know of my heritage to ask me about the situation, seeking insight on the country's suffering.

It might be my close ties, my visiting grandparents who returned just today, or the fact that I still have many more friends and family who reside there, but my response to those who have tried to strike the conversation has been a universal, "I will talk about anything else except this. It just makes me too sad."

This sentiment is felt by many other people I know. Many family friends have established a "10 minute rule" when Venezuela, Hugo Chavez, or Nicolas Maduro come up, echoing that they refuse to dedicate more than 10 minutes to talking about such a depressing event.

I broke my silence a week ago. A close friend asked me how the situation was over there. I managed to explain everything I could, all the while swallowing a tight knot in my throat and fighting back tears.

Every single friend and family member who I know in or who at one point lived in Venezuela has either been robbed, assaulted, kidnapped, shot, or murdered. My grandfather was rammed in the chest by the barrel of a gun for his gold-chained necklace. My uncle's new car was stolen the day he bought it as he entered the gated parking of his apartment building. My godfather's ex-wife has gone through three kidnappings, with shots being fired into her car during the last attack.

An iPhone or any accessory more luxurious than a Mickey Mouse watch is an invitation for robbery. Thugs on motorcycles lane-split through traffic to knock on car windows for any electronics or high-priced items. Sometimes they'll kill you just because you don't have anything to give.

The problems don't stop when it comes to crime. Beyond the perpetual worry for your life, the entire country, is prone to rolling blackouts, a shortage of basic goods and necessities, unbelievably long lines to purchase anything, and apparently insurmountable political gridlock. In 2016, GDP is forecasted to decrease by -8%, inflation is skyrocketing at nearly 500%, and the minimum wage was increased days ago to roughly $13.50 per month.

The same grandfather who was assaulted has also undergone three surgeries in order to replace defective or malfunctioning pacemakers, with the last surgery requiring months of waiting before one could be found somewhere in the country. Two months ago, he had to wait from 2 AM to 3 PM in a line in order to buy a car battery. When the battery malfunctioned last month, he was forced to go back and do it again. 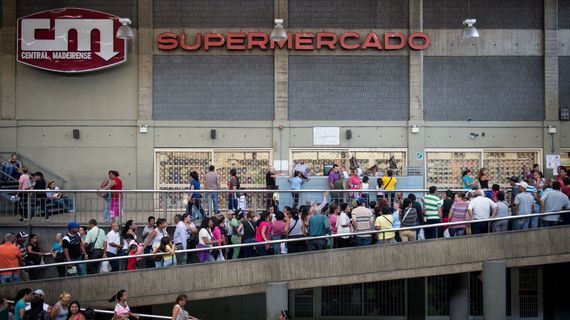 During their last visit here, some family members took back the most basic of supplies in order to keep enduring the crisis. These included toilet paper, canned foods, raw beans, rice, and over-the-counter medications like Tums and Aspirin.

Beer has run out in the nation's largest brewing company, the streets are empty at night as parading gangs of colectivos assault and kill without any obstacles or discretion, and six soldiers were arrested for stealing goats because they didn't have enough to eat in their army barracks.

To put it simply, the country is falling apart.

The worst part is that millions of other Venezuelans are not as lucky as those I know. They are subjected to much more horrifying treatment with no recourse. Many do not receive help or make enough money to pay for these items and have to suffer through one measly meal a day while working for a worthless wage. This is one of the most painful aspects of this disaster.

I've always felt close enough to experience the pain and sorrow of my compatriots while feeling detached enough to not have the right to speak on the matter. Even now, I write this from the air-conditioned comfort of my home in the U.S. But I refuse to be a bystander.

The two years, multiple summers, and countless vacations I spent in Venezuela have made the blood that courses through my veins as red, yellow, and blue as much as it is red, white, and blue. I still remember riding horseback through llanos of Acarigua, eating pork sandwiched in the mountainside village of Galipán, and awing at the tropical island beauty of Margarita. 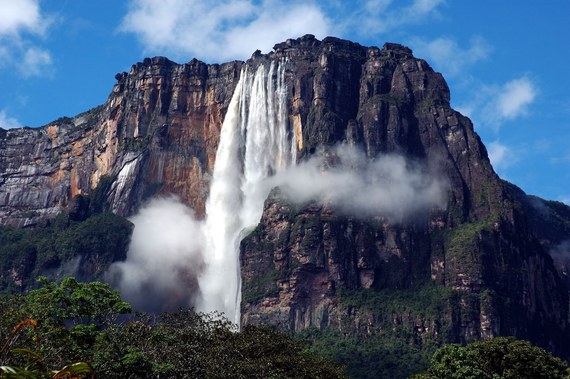 I remain an optimist, though hard it may be. Gains have been made in the National Assembly, a recall referendum is underway, and the tide is turning against the government. But 15 years of authoritarianism and repression cannot be undone overnight.

What can be done by each and every person is to inform. Post on social media, talk to friends, become an activist, whether you are home or abroad. If you don't know, ask questions. As the message of the Venezuelan people is disseminated across the world, hope becomes more palpable and the government's grip on power weakened.

I made the mistake of refusing to talk about this critical and deeply personal issue. I implore you to not do the same. #SOSVenezuela