From Gustav Klimt's gilded aesthetic to Hieronymus Bosch's devilish landscapes, the realm of art history has seen its fair share of radical painters. Today we accept the work of these artists as part of the canon, but at the time of their debut, masterpieces like "Adele Bloch-Bauer I" and "The Garden of Earthly Delights" were unprecedented in their boundary-pushing style and subject matter.

A new book titled The Paintings That Revolutionized Art brings together works by Hokusai, Cezanne, Munch, Vermeer and more, attempting to craft an art world listicle to trump all other listicles. Consisting of 100 iconic paintings spanning over a millennium, the pantheon of artworks tips its hat to a diverse range of genres and movements.

We've compiled just 14 of the 100 paintings below (with brief quotes from the book). While the catalog is -- like most other surveys of the male-dominated art historical record -- mostly a compilation of dead white guys, the trip down art memory lane is nonetheless worth checking out. 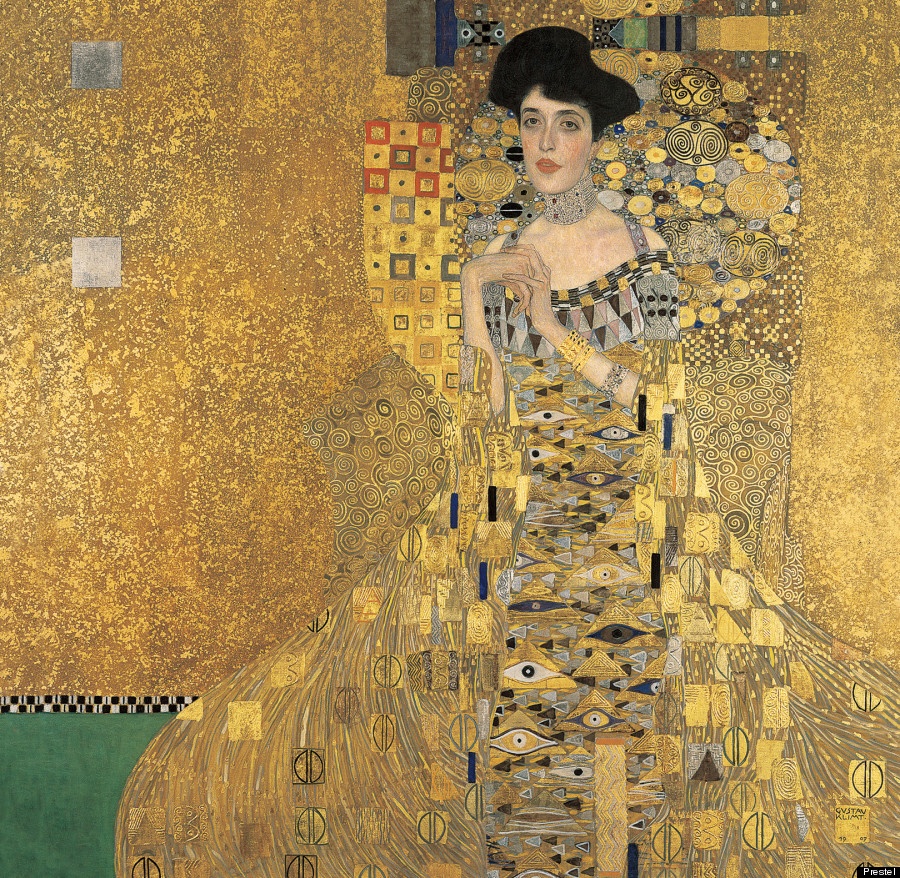 "Egyptian eye motifs, and sharp triangles. In this kind of mosaic-like painting, it is striking how well the realistic portrait is anchored into the gold background." 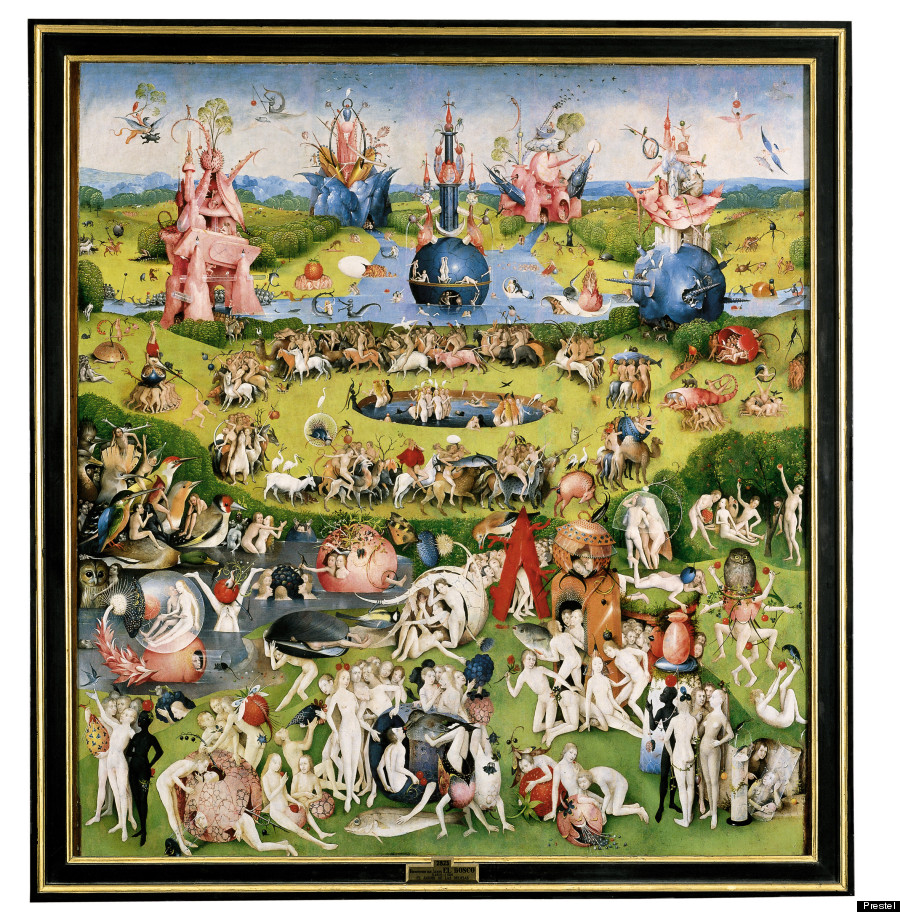 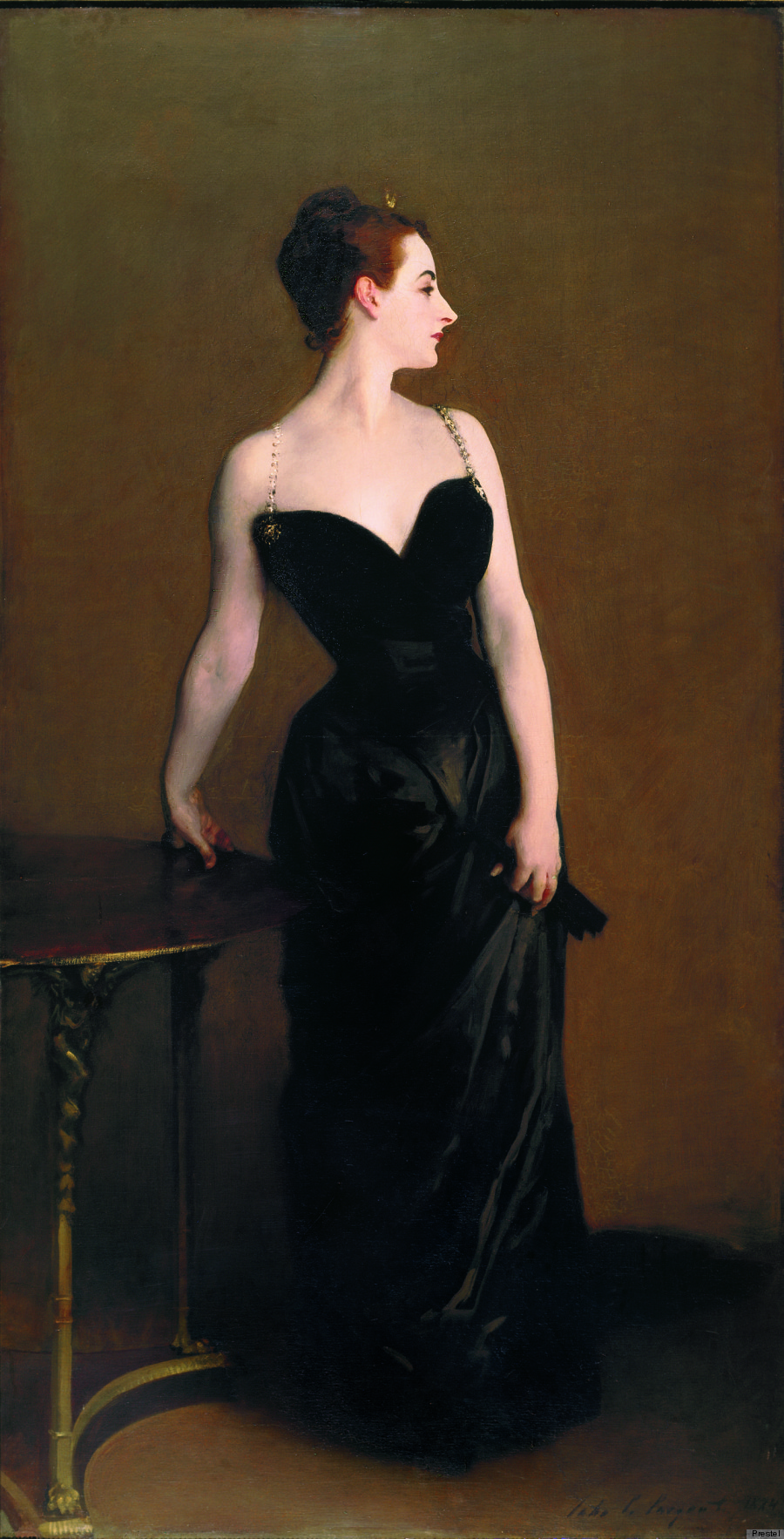 "Originally, Sargent painted the strap on her right shoulder hanging down. This was seen as sexually suggestive and considered outrageous." 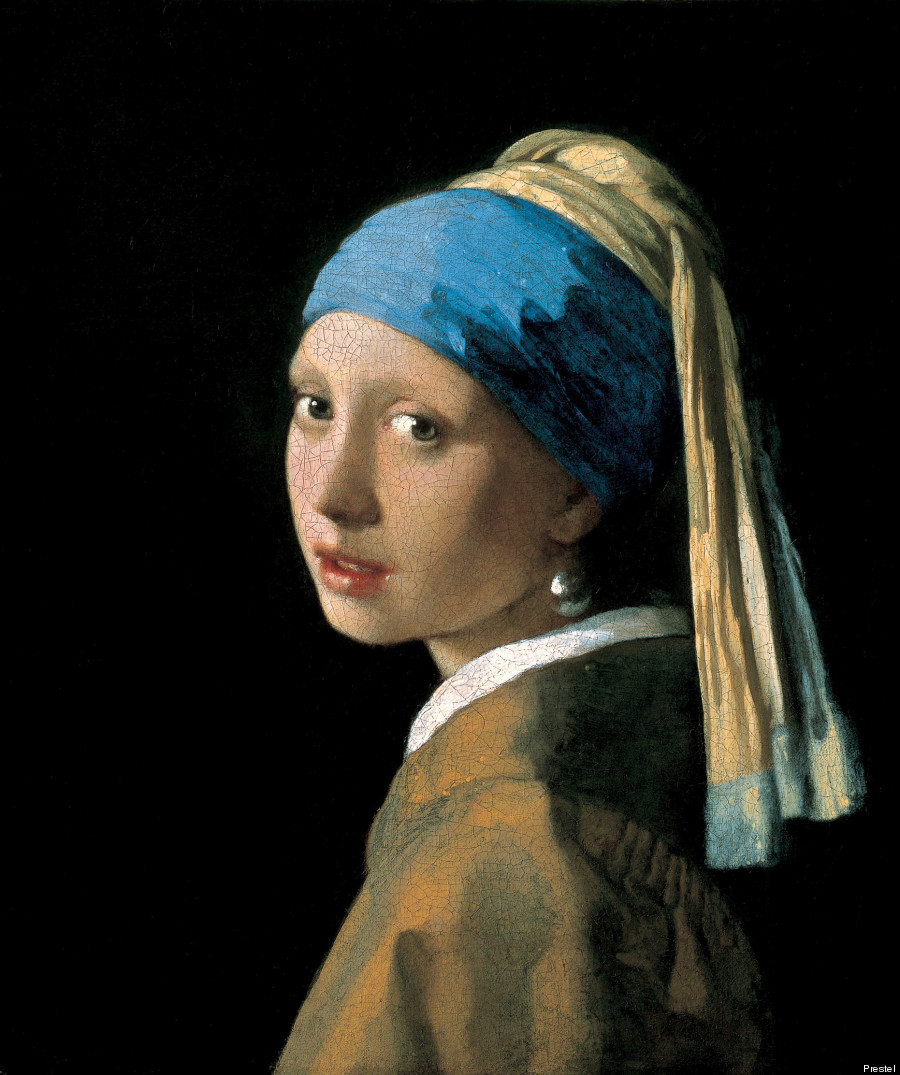 "Certainly the way Vermeer captured subtle changes of light and focus seems to anticipate photography: some features appear in focus, while others seem out of focus, and objects are depicted with a foreshortening that resembles that seen in photographs -- this is perhaps one reason why he appeals to us today." 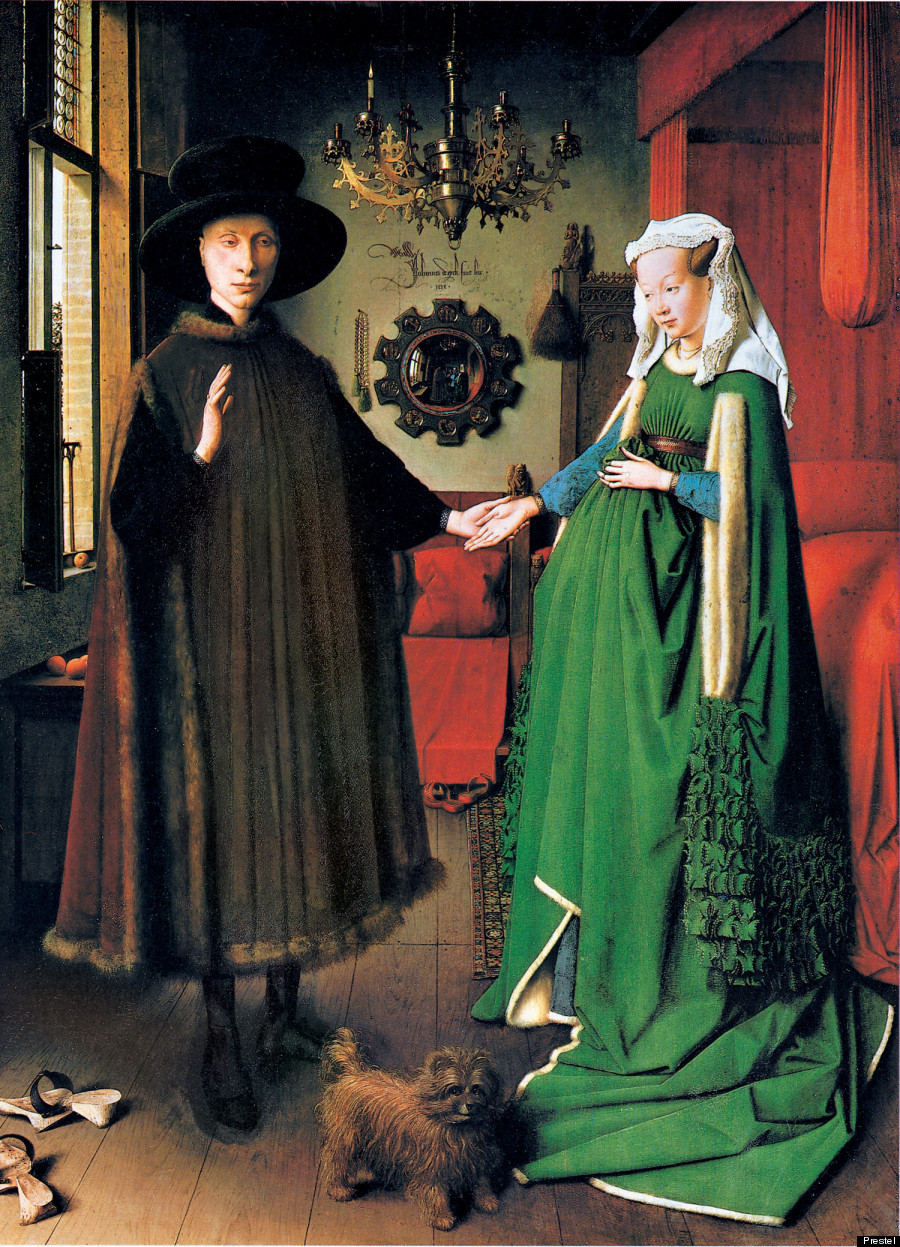 "From the fabrics and the fur trimming of the clothes to the wooden window frame and the bull's eye windowpanes -- everything is depicted using a degree of detailed realism that makes objects seem almost tangible." 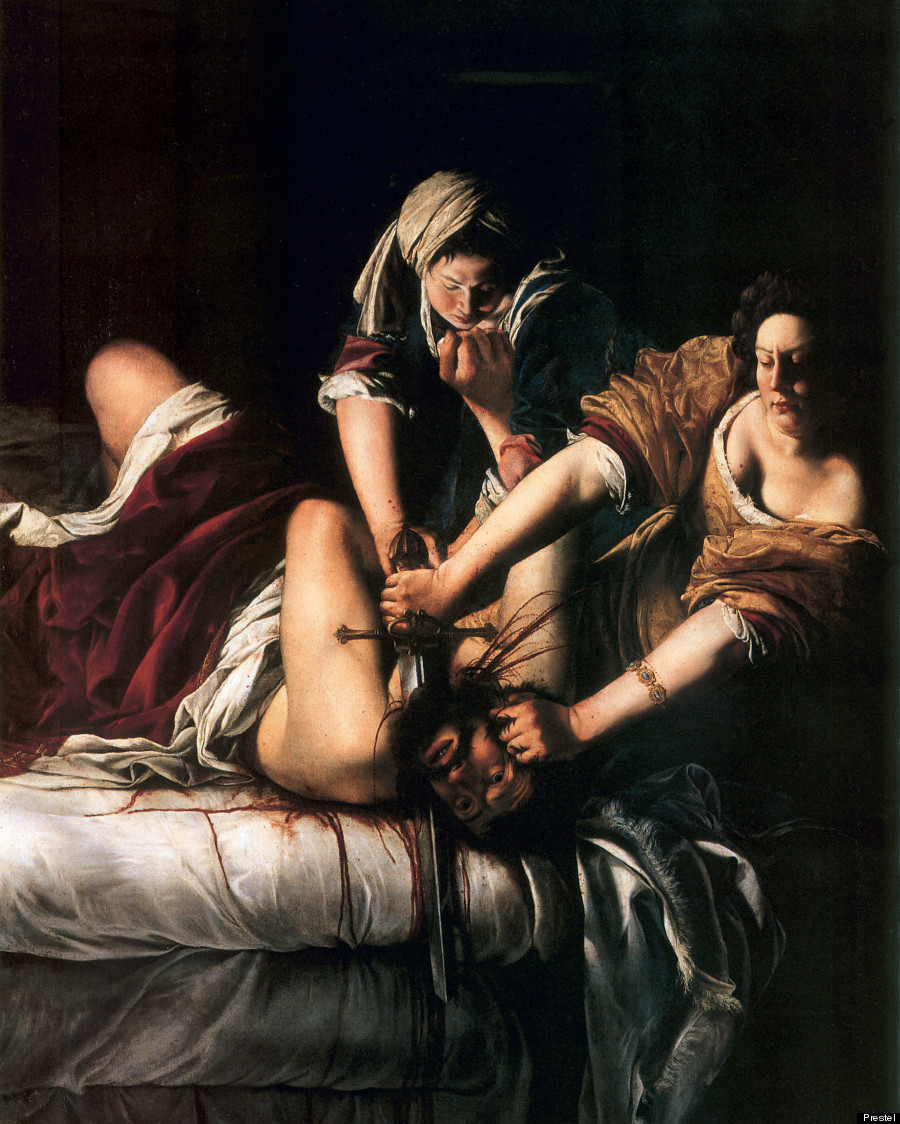 "The brutality of the scene, which has been attributed by some art historians to an experience of abuse, can be understood as Gentileschi asserting herself in a male-dominated world."

"What we see here is not the physical creation of the first human being, but rather the metaphysical moment when the spark of life is transferred to Adam... Michelangelo created a new kind of dynamic composition whose focus is the highly expressive language of hands reaching out towards one other." 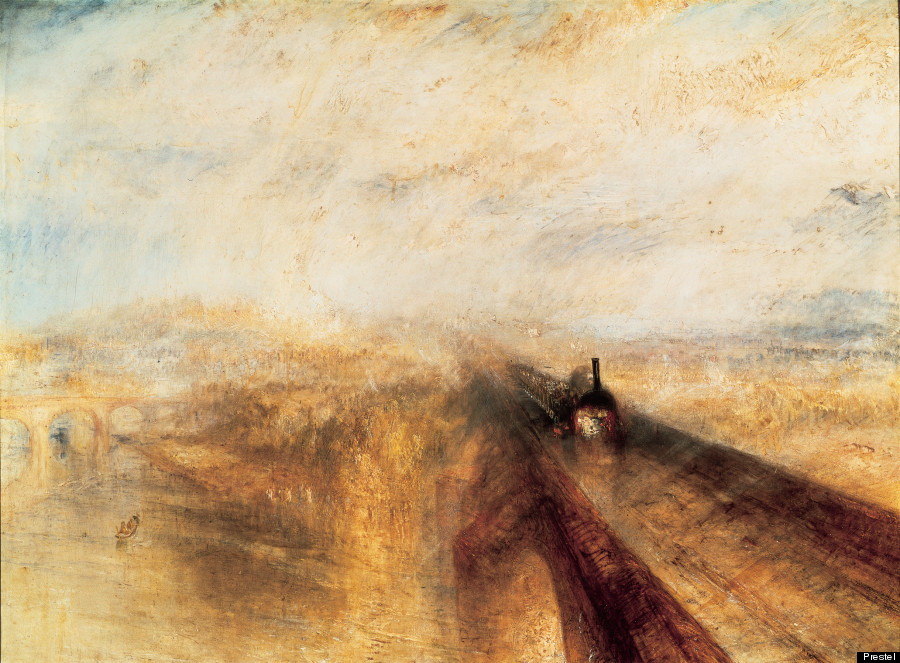 "The subjects in the painting cannot be unambiguously identified as such, but rather they blur together, only becoming vaguely recognizable when the painting is viewed from a distance." 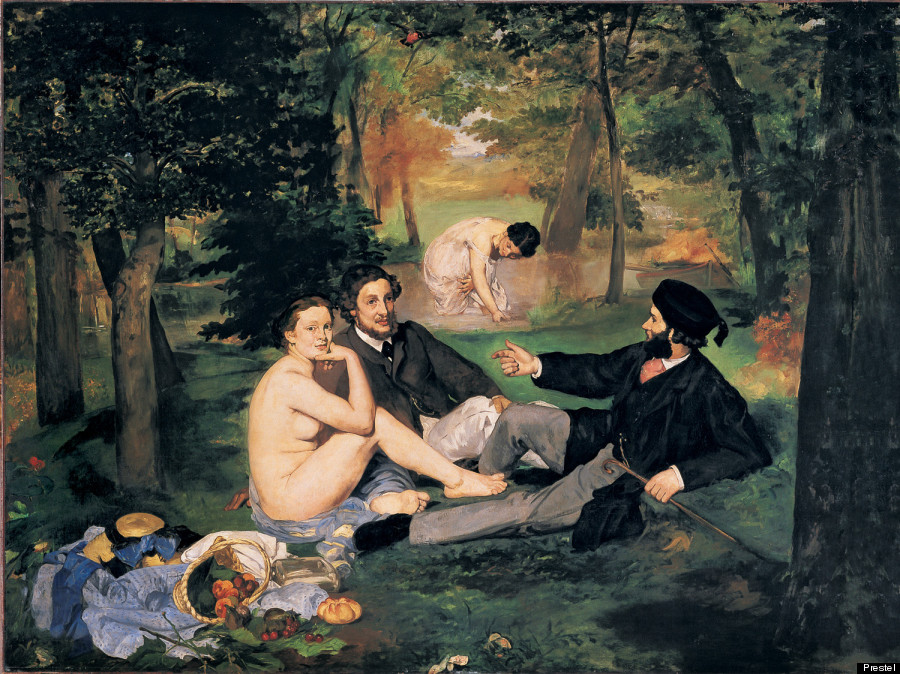 "Through its unconventional style of representation and its unashamed subject matter, 'Le Déjeuner sur l’Herbe' became one of the most famous scandals in art history." 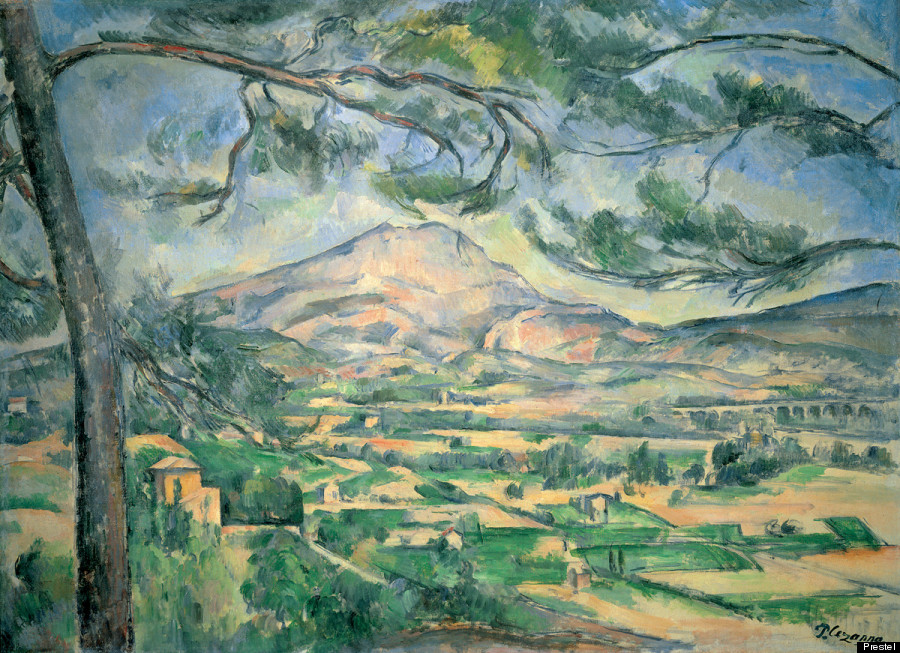 "[Cezanne] was the first artist to dissect objects into simple geometric shapes and to treat nature 'by means of the cylinder, the sphere and the cone.'" 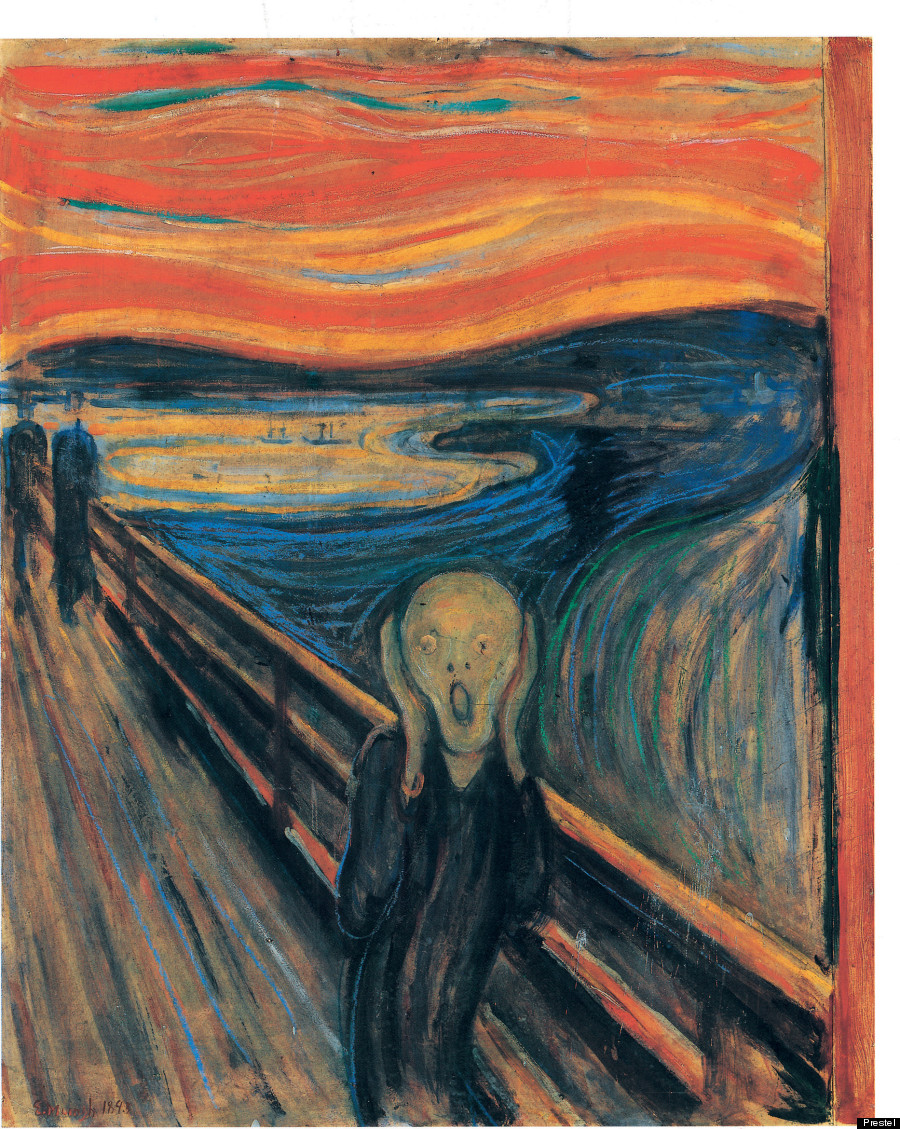 "The garish colors and the swirling lines, which seem to dissolve the figures, create a strong impression of intense paint and anguish -- even nature itself seems affected." 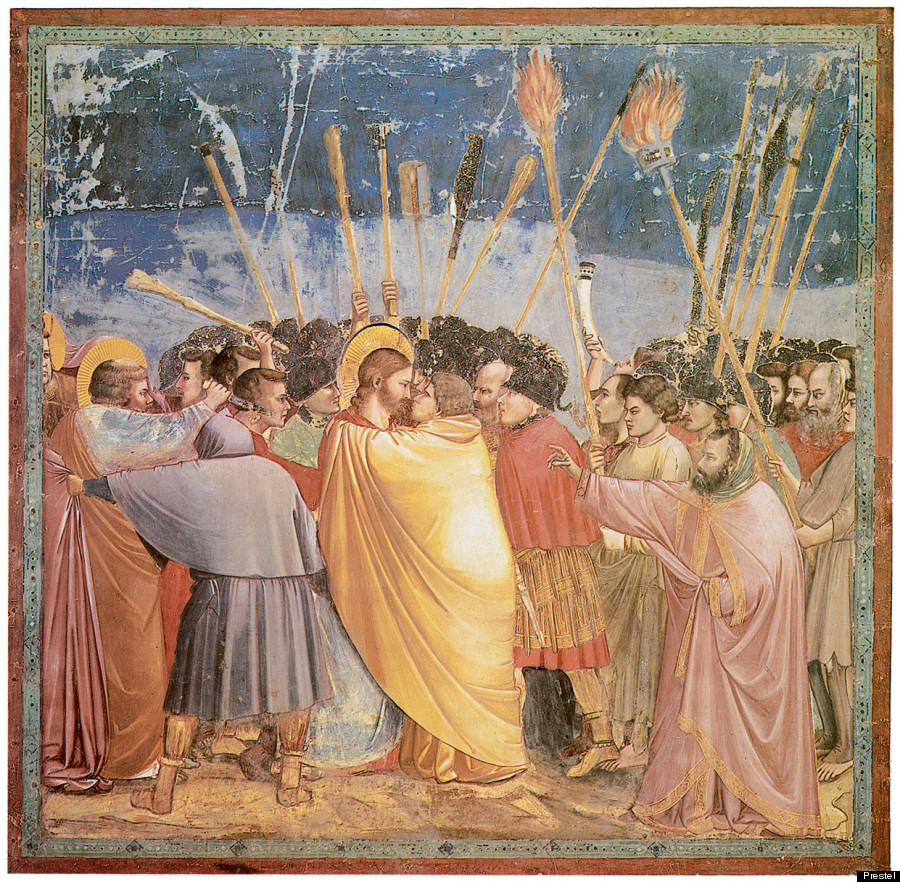 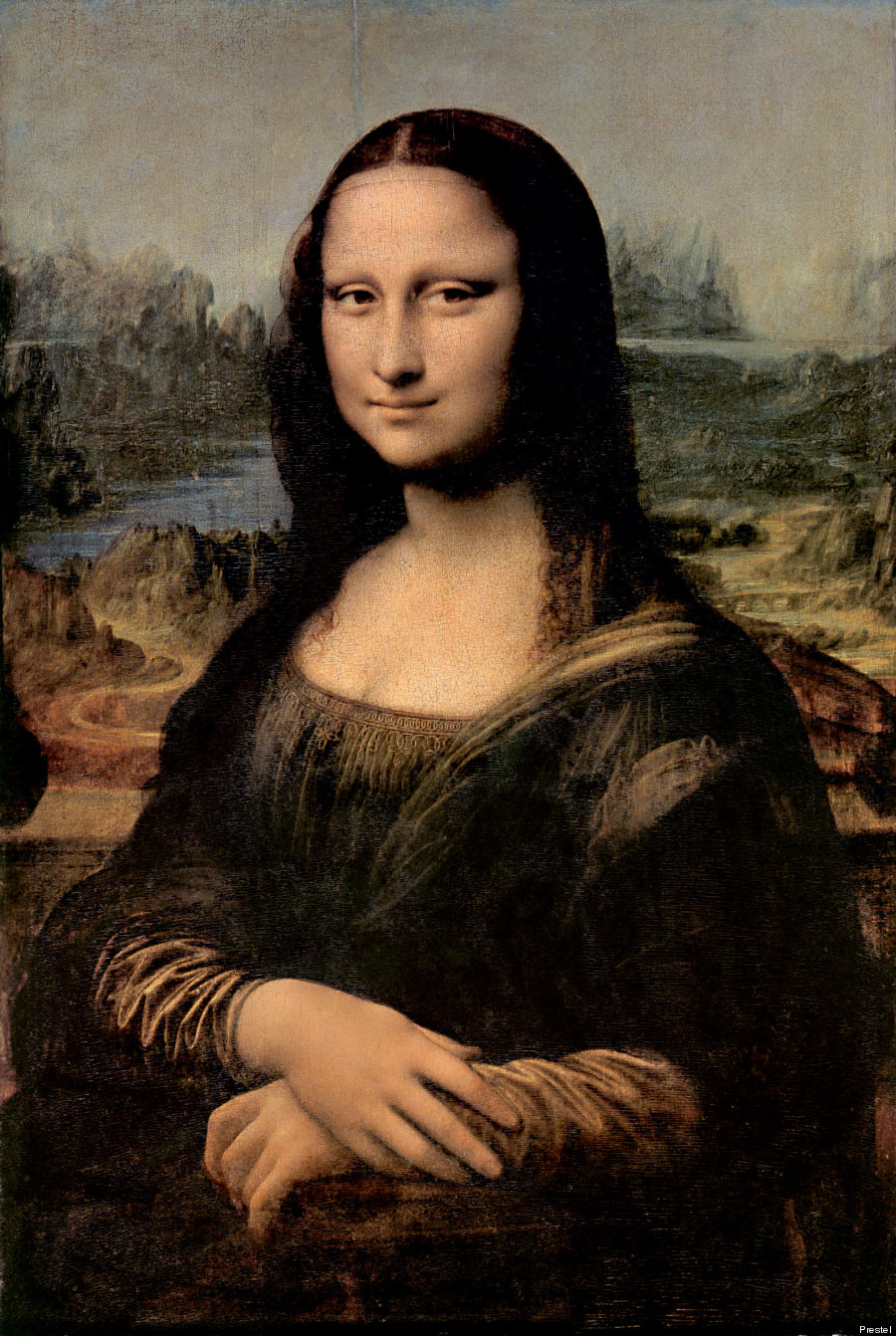 "Leonardo's skill in creating the ambiguous expression, the subtle modeling of the forms, and the illusion of atmosphere are qualities that make the figure seem more alive." 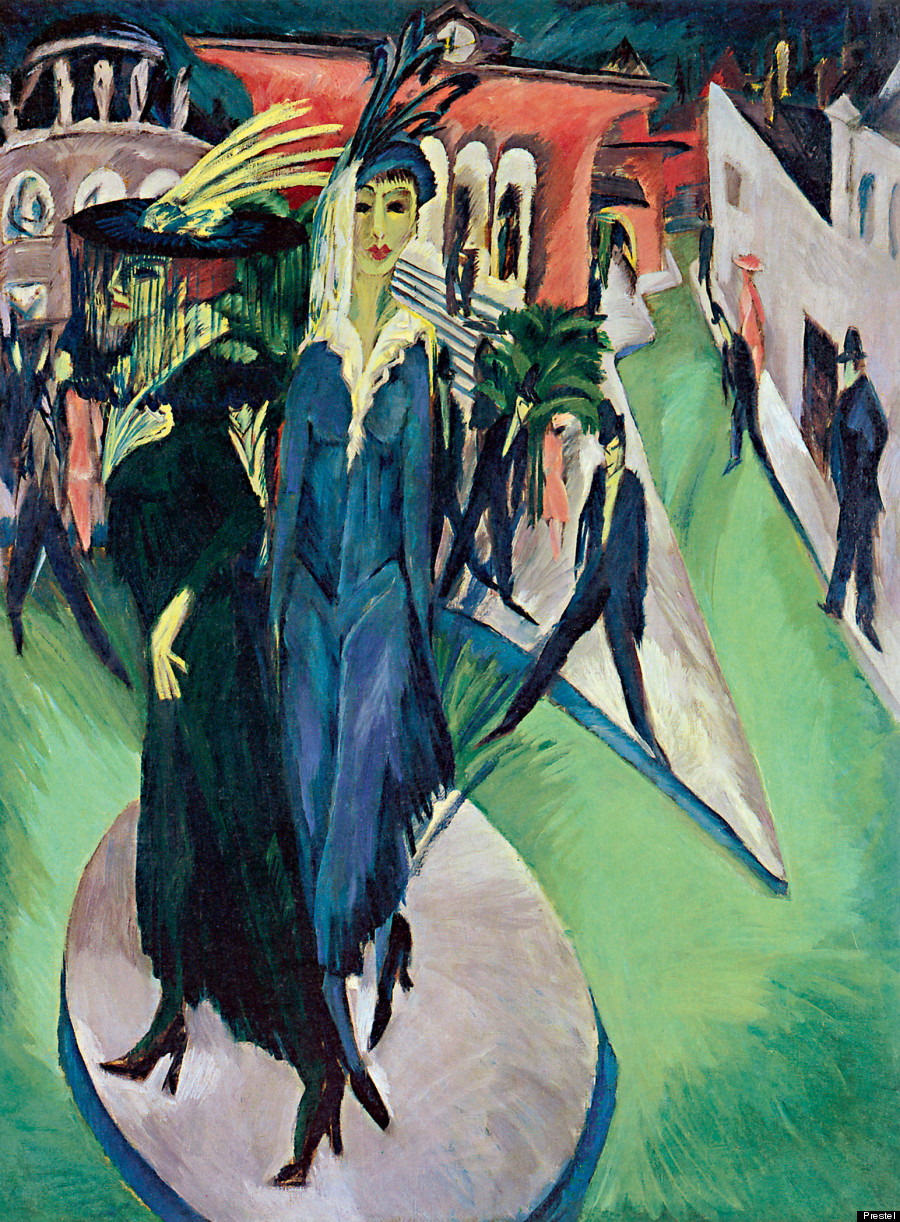 "His restless, jagged brushstrokes and the harsh colors emphasize the hectic, nervous rhythm of the metropolis, creating an alienating effect."

Is your favorite painting missing? Check out the whole book over at Prestel, which pays tribute to more modern icons like Lucien Freud, Jackson Pollock, Andy Warhol and many more.