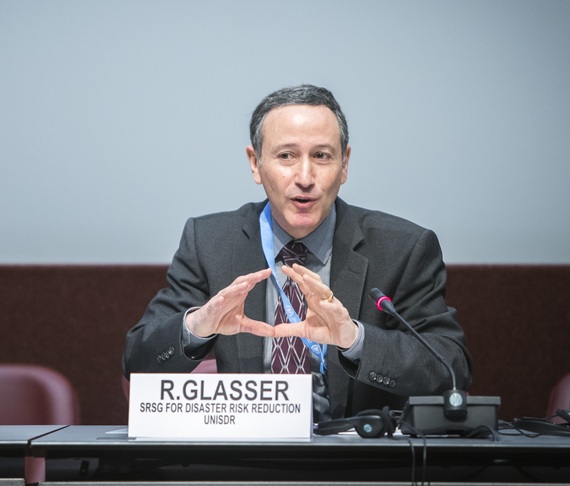 Just as the worst of the Ebola epidemic in West Africa seemed to be over, the mosquito-borne Zika virus has led to the declaration by WHO of a public health emergency of international concern following a steep rise in congenital malformations and neurological complications among new-born children of infected women.

The lack of vaccines and reliable diagnostic tests have been cited as causes for concern, and the most important risk reduction measures are control of the mosquito populations and prevention of mosquito bites in at-risk individuals, especially pregnant women. Brazil's move to deploy 220,000 soldiers for mosquito control is a welcome step.

The numbers of affected people continue to rise as the virus spreads rapidly through the Americas, and the long-term consequences could be severe in terms of the human cost, but also in economic losses, which may accrue.

Ebola not only claimed over 11,000 lives, but also inflicted major economic losses, amounting to 10% of GDP, on the impoverished countries of Guinea, Liberia and Sierra Leone.

These public health emergencies underline the urgency of taking action to avoid recurrences and to respond to the real danger of future epidemics and the possibility of a global pandemic.

These are included in the first milestone text of the post-2015 development agenda, the Sendai Framework for Disaster Risk Reduction -- which also recognises the importance of resilient health systems to achieving substantial reductions in mortality and the numbers of people affected, injured or disabled in disasters.

This need was brought home to those who drafted the Sendai Framework partly because they were doing that work in parallel with the unfolding crisis in West Africa which revealed major weaknesses in the public health systems of the countries concerned and a need to improve epidemic preparedness regionally and globally.

Political commitment has always been vital to the success of disaster risk management. We have recently seen practical demonstrations of this from the President of the Philippines, Benigno Aquino, and the President of Mexico, Enrique Peña Nieto, who both went on television and social media to alert their respective populations to the dangers of large storms.

Behind those efforts, both countries are striving to reduce disaster risk through legislation and practical measures which also avoid the creation of new risk. Because 90% of all disasters are now climate-related and there is so much focus on them, deaths are being avoided in many weather-related disasters.

This sense of urgency and action among political leaders in disaster-prone countries has taken root since the 2004 Indian Ocean tsunami became the world's first truly global natural disaster claiming over 220,000 lives from many countries across the world. The political fall-out from major disaster events such as this has helped to spur politicians at all levels.

In contrast, are we burying our heads in the sand when it comes to the threat of epidemics and pandemics? In a world with only 1.8 billion people, one-third of the population became infected and 50 million or more people died in an influenza pandemic in 1918. HIV/AIDS has taken over 35 million lives. Significant death tolls and economic losses have also been associated with more recent outbreaks of SARS (severe acute respiratory syndrome), H1N1 avian flu and MERS, or Middle East Respiratory Syndrome.

The Commission on a Global Health Risk Framework for the Future has issued its final report. Commission Chairman Peter Sands points out that "While there are certainly gaps in our scientific defences, the bigger problem is that leaders at all levels have not been giving these threats anything close to the priority they demand."

The Commission's report builds a convincing case for investing more resources in national public health infrastructure as the first line of defence against pandemics. This is especially important given that 67% of WHO member States, of their own admission, fail to meet the requirements of the 2005 International Health Regulations for the prevention and control of public health emergencies.

Apart from the obvious question of human security with so many lives and livelihoods at risk, the Commission calculates that the annualised expected loss from potential pandemics is more than $60 billion.

To mitigate and reduce these losses, the Commission proposes a range of measures, chief among them an annual investment of $3.4 billion in upgrading national health systems. The Commission also recommends $1 billion investment in research and development and up to $155 million for WHO to establish a dedicated Centre for Health Emergency Preparedness and Response.

The return on investment will be significant in many ways, not least the co-benefits of improved surveillance and treatment of endemic diseases such as tuberculosis and malaria. It's time to act.