Every year, on the third Thursday of November, smokers across the nation take part in the Great American Smokeout. This tradition was started by the American Cancer Society in 1976 to challenge smokers to stop using tobacco and educate about the many tools they can use to quit and avoid relapsing. To mark this annual tradition, which this year is on Thursday November 20, I would like to discuss some of the paradoxes of smoking and quitting. 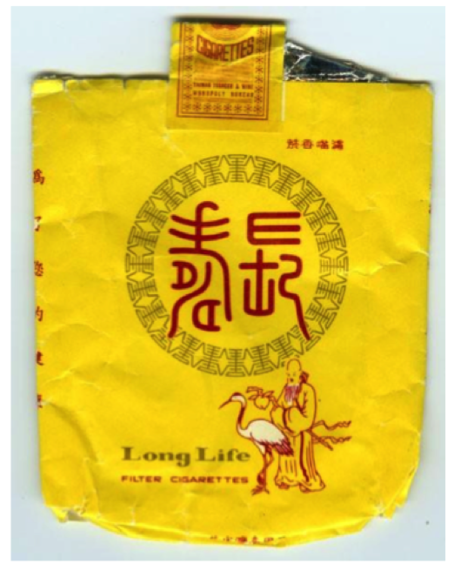 In China one of the major brands of cigarettes is called Long Life. What better example of what I call the paradox of addiction? Two other examples of this paradox when it comes to cigarettes are:

1. People say they smoke to feel good, but a 2013 Gallup-Healthways Well-Being Index (1) found:

2. People say they smoke to relieve stress but recent research (2) finds that those who quit experience less, not more, stress than those who continue to smoke. So an important part of the paradox is that addiction itself is stressful!

A new study by Jonathan Bricker and colleagues (3) shows how accepting, not fighting, cravings and feelings helps smokers quit when combined with making a commitment to something new based on their values. The study tested "acceptance" and "commitment" and found them to be active therapeutic ingredients in helping smokers quit.

An important insight offered by the approach tested in the study is that trying to exert emotional control rather than experiencing ones emotions drains off valuable psychic energy that can best be channeled into more productive and rewarding life pursuits. Here are some of the study's key findings:

The goal of quitting smoking, and recovery from any addiction, is to make your life better. Committing to a new life goal, such as protecting your body and health or an activity you believe in, is good both for mental health in general, and to successfully quit smoking!

What to focus on for the Great American Smokeout:

Try to avoid getting caught up in controlling the uncontrollable: addiction! Efforts to control it are like hoping the tide will come in at a different time, or that you can somehow coerce the weather to send sunshine instead of rain. If it was going to be different, it would be different.

If you are stalling, delaying, or reducing smoking, and experiencing demoralization and "cessation fatigue" (4) as a result, perhaps you are really "waiting to smoke" rather than quitting (5). In this scenario, cutting down has become an unproductive effort to control smoking, rather than a productive way to quit for you. This can result in frustration and more failed attempts to quit.

A 2013 Gallup poll found, for example that 48 percent of smokers who succeed at quitting said they did so abruptly whereas only 2 percent said they quit gradually (6).

New Strategies to try on the Great American Smokeout:

The Paradox of Acceptance and Change

The paradox of quitting smoking is that you have to accept how things are in the present moment so you can change them. Acceptance of cravings to smoke, emotions and thoughts experienced in the present moment, make room to commit to something new to care about and make for a better smoke-free life in the long run. Part of the paradox is that trying to push thoughts, emotions and cravings out of your mind just makes them stronger, whereas allowing them out into the open takes the wind out of their sails. The paradox of addiction is that you get control when you give up control. The paradox of quitting is learning to not avoid smoking by "holding on" with willpower, but to "let go" of smoking altogether.

Dr. Daniel Seidman is director of smoking cessation services at Columbia University Medical Center, author of the Up in Smoke program from Mental Workout for iPhone, Android, Mac, and PC.