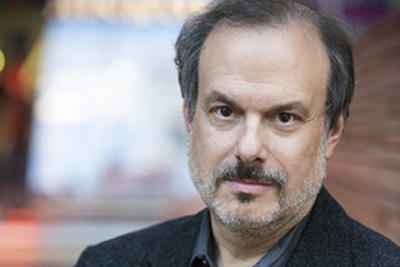 By Terry Theise
Lately I've been frustrating my customers, which is never a wise thing to do. We get asked all the time for analytical stats on the wines we offer and details about our winemaking practices. My catalogues tend to pass over such things, because I've reached a place in my drinking career where I find them otiose. This might seem snooty. So let me explain.

First, a wise quote from Peter Jost (of the estate Toni Jost), who said: "Judging a wine by its analysis is like judging a beautiful woman by her X-ray films." Second, and further support for my theory, a remark I received from esteemed German winemaker Helmut Dönnhoff many years ago, when I asked him for the figures of a wine in my glass. "You don't need these anymore, Terry," he said. "Analyses are for beginners."

Related: Is it true that only dry wine is good with food?

But there are beginners, I must remember, and they're curious, and it's peevish for me to deny them the understanding they seek. If a drinker is interested in knowing how a wine was made, or in knowing what its acidity or residual-sugar or extract might be, this is entirely valid if she is trying to collate her palate's impressions with the facts of the matter. That is a useful way of thinking -- until it isn't anymore.

I well remember traveling with an earnest young colleague who sought to guess how a wine was made strictly from its taste. He was especially eager to identify cask versus stainless steel aging. I loved the guy, but I knew the perplexing denouement that quivered a few days down the road. For indeed, at one winery where all the wines were done in cask, my pal was sure they used steel, and yielded to his dismay; however hard he tried, he just wasn't getting it. When I told him he'd crossed the Rubicon into a place of far greater wisdom, he thought I had a screw loose. I tried to reassure him that being right was reassuring, but being wrong invited epiphany; you ascended to greater understanding through your mistakes.

I remember, though, the urge to understand, to find explanations, to learn the causes and effects of flavor. We mustn't frustrate that urge -- it's human to be curious and I think we should respect curiosity. But we also have to help drinkers understand the limits of this vein of knowledge. It is a closed system that gives the simulacrum of expertise while actually leaving us in an airless chamber of our minds. We feel terribly knowledgeable discussing the details of a wine, but there's a big-picture glaring at us that this approach won't let us see.

If you're hungry for knowledge of how a grower trains his vines, prunes his vines, binds his vines; if you seek to know the density of plantings per hectare and the space between the rows; if you're curious about which clones were used, how the canopies were worked, if and when the winemaker did a green harvest, if the grapes were picked by hand, with what-size teams and with one big bucket or several smaller ones, then these are things you ought to know. Shame on me for finding them ancillary and ultimately trivial.

If you want to know the wines' total acids, the amount of its sweetness, the must-weights of the grapes at picking, whether it fermented with ambient or with cultured yeasts, how it was clarified, what vessel it fermented in and at what temperature (and if the temperature was technologically controlled), whether it sat on its gross or fine lees and for how long, and whether it was developed in steel or in wood -- I don't mind telling you. But it worries me some. Because I fear that for each one of you who sincerely wants to compare what his palate receives with what's actually inside the wine, there are many of you who want to enact value-judgments prior to tasting, because you've decided what's permissible and what's despicable. (This nonsensical approach is rampant in Germany.)

I am decidedly not in favor of excluding tasters from any wine because they disapprove of the effing yeast that was deployed, or because they won't go near a wine with more than X-grams of sweetness. Who wants to enable something so repugnant?

Related: What are wine writers really for?

Nor am I willing to abet the sad phenomenon of people talking about wine with what seems like authority, because of the "information" they've accumulated, whereas they're actually blocked from attaining true authority by the rigid limits of their approach. If you're stuck in the "how," you'll have a rough time finding your way to the "what." And that is where true wisdom lies. The wonky isn't a bad place to be, for a while, but it's a dangerous place to stop, because like all objects of beauty, wine is more than the sum of its parts. If you're busily probing into technical minutiae, will you remember to consider not only the application of technique but the expression of a vintner's spirit? Will you remember to pause for just a second and consider how a wine makes you feel?

Zester Daily Soapbox contributor Terry Theise is recently the author of "Reading Between the Wines" from the University of California Press. He has imported wines from Germany, Austria and Champagne, France, for 27 years.

» Single-grape Chablis is Chardonnay in its purest form