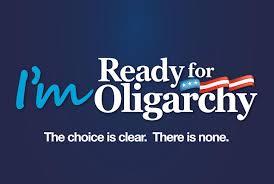 The Carter interview occurred one year ago and although it received little attention at the time, it spoke directly to the need for an insurgent political movement like the one fostered by Senator Bernie Sanders. See a short segment of the interview here.

The segment is only 90 seconds long but it was long enough to set the stage for 2016 primary. The Thom Hartmann Show airs weekday afternoons from 4 to 6 p.m. on KCAA Radio

If you fell neck deep into a sewer, and someone threw another bucket of "it" at you, would you dunk your head to get out of the way?

Too harsh... NOT! The leadership of both major political parties have us neck deep in a political sewer and the whole thing stinks like fermenting excrement. It's enough to make a Dung beetle puke.

Carter made it clear in his genteel manner that it's time to admit that our election process is fatally flawed and that a political system governed by big money will destroy the structure on which it's grafted. It's like a parasite that poisoned its host and as a result, Americans are headed toward a general election with no good choices.

During my lifetime, most presidential candidates that rose (or floated) to the top have either been unapologetic megalomaniacs or affable dunces. Several with both attributes have become President.

This year's offering has to be the worst. Neither party has offered up a candidate of national prominence who is worthy of the job.

Secretary Clinton is a Wall Street Democrat who is dragging enough baggage behind her to fill a military cargo plane. She has more flip flops than an old hippie. The Democratic Party is celebrating because she did not get indicted. Is escaping indictment the new threshold for presidential qualifications?

Lest we forget... The Clintons supported destructive trade agreements, outsourcing of jobs and business consolidations that are dismantling the middle class. It's the legacy of their era and we will get another 4 to 8 years of it if the big money interests have their way.

Senator Sanders was my personal choice, even though his only business experience was running political campaigns. Although Sanders never ran a business or met a payroll from business earnings, his proposals for the economy have a ring of truth and authenticity that resonates with millions of Americans, but nominating a Bernie Sanders is impossible when the nominating process is rigged from the top down by a spider's web of money and unfettered, established and entrenched power.

Now we arrive at the gated world of Donald Trump. Although I hesitate to throw rocks from my glass balcony, I must point out that Donald Trump presents himself as a family man and business genius with conservative values, even though he fathered children by three wives and spent so much time in litigation that his lawyers should have reserved parking with monogrammed name plates in front of countless courthouses.

Obviously, President Carter was right about the mess we created. But can aging baby boomers do anything to fix our mess, now that most of us are too old to fight and too fat to run; except for a few who are running for president?

Hopefully, young people can learn from our mistakes and accept the task of rebuilding the credibility of our political system because regardless of your political persuasion, you must admit that "The Party Is Over" until a new group of leaders takes control.

Make no mistake about it. The Democratic Party is the only political vehicle in existence that can't keep young people and their ideas locked out indefinitely.

Don't try to start another political party. Dozen of third parties have failed and those that remain are ineffective. Instead, encroach upon the centers of entrenched political power and take the power by any legal means.

Forget the Republican Party. Regardless of its stated goals, it always represents the status quo interests of the business community. Therefore, it's too brittle to be reformed. It simply breaks under pressure. Until it breaks, it blindly assimilates reformers from the far right with a hive mentality that resembles the Borg in the Star Trek series. Don't waste your time, treasure and energy with republican party politics.

If young people really want reforms like those proposed by Bernie Sanders, they must wrestle the Democratic Party away from the Wall Street crowd who dismissed them during the primaries.

Young people must dismantle the political machine at the local and state level that suppressed the votes of millions of first time voters and then refused to count the votes of so many others.

To win, young people must be ready to take some lumps, both figuratively and possibly literally.

So, stand up young people! Your numbers are in the millions and your timing is perfect. The Democratic Nation Convention is coming up soon. Make it your vehicle. Make it your convention. We're counting on you.

With that in mind, I will leave you with these words from Frederick Douglass.

"Power concedes nothing without a demand. It never did and it never will. Find out just what any people will quietly submit to and you have found out the exact measure of injustice and wrong which will be imposed upon them".