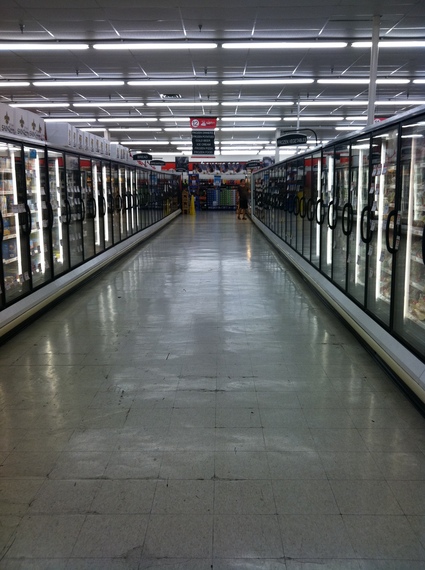 I've been immersed in teen world as of late - mostly delightfully so. Because I have a junior, of course the subject of WHAT'S NEXT has been our main topic of discussion. She is plotting and planning, exploring and pondering just what she'll do once senior year is over. And she is very much aware of the fact that the year to come will fly by at lightning speed.

In this planning process I've been interrogating lots of youth. Asking them about their likes and dislikes, their big passions and desires, and also, logistically speaking, what does it look like? In these conversations, what keeps rearing its head is their awareness that desires can change. And in that awareness is also a nervousness consisting of fear of choosing wrong.

"What if I take this apprenticeship and then I realize I don't like it."

"What if this major is not for me?"

"What if I get to this college or this town or this job and then I hate it?"

One evening while discussing future plans with a brilliant young man I know we came up with a term. He was about to start a big apprenticeship/training at a guitar maker's studio. He was excited but also had a nagging fear that it might not be for him. He was worried that making this choice now meant he was determining what he had to do with the rest of his life. Because he had somehow been convinced that he needed to make rest-of-life plans at the tender age of 20. His mom and I, who had both been on lots of paths in our lifetimes, assured him that at this point in time, and really his whole life long, all he really had to choose was his path of now.

If he liked it, he would stay on that path. If he didn't, he would try something new. And then he'd be on a new path. Always making an active and intentional decision about the path of now.

This fear isn't reserved for high school grads either. In talking with a mom of a soon-to-be kindergartner she worried, what if it's too far or too much money or the wrong methodology? If they liked it, they would stay. And if they didn't, they would try something new. And they'd be on a new path. But always they would be on the path of now.

It's all we can do really, except for those that have a crystal ball at the ready, is consciously choose the path of now.

So what I tell my daughter and, well just about everyone I know, is make your decisions with all the information you have available to you at the time. Talk to people who are doing what they love. Follow your interests and passions and find those who are connected to those desires. Go towards the things that feel right. Play it by year. Continuously assess if what you're doing is working for you. Whether you are a young family starting out, a 20 year-old choosing a career path, or a 90 year old pondering a living situation, know that what you are choosing is the path of now.

So gather all the info. Choose wisely but without fear. Your path of now is waiting for you.