I realize it's improper to ask, but may I inquire, dear reader, as to how old you are? I only pry because I want to let you know -- for your own good! -- if you are dateable or not.

Under age 30? Congratulations! Not only are you dateable, but there are definitely still people in the world who want to touch your body.

Age 30 or above? Sorry, friend. Not only are you the dating equivalent of uranium, but you kind of smell like Bengay.

So says, at least, guru Tinder. The company has just released Tinder Plus, a premium version of its service that costs a different amount based on the age of the user. Those under 30 pay a scant $9.99/month, compared to $19.99/month for septuagenarians age 30 and even older.

Of course, this is partly based on the sound reasoning that older people have more money. But it's also been speculated that it has to do with crude dating supply and demand -- basically, the more decrepit you get, the harder it is to find someone who will want to rub your ankles (not to mention, other body parts), which means you need to pay more to find that elusive match.

All of which is to say that those 30 and up should probably just throw in the proverbial towel now -- a towel that was probably purchased at a depressing Bed, Bath & Beyond in the middle of a god-forsaken suburban strip mall, because that's where all old people go to buy towels and eventually die.

That said, if you're in this age bracket and absolutely must persist in believing you're worthy of companionship, at least have the decency to be transparent. A suggestion: 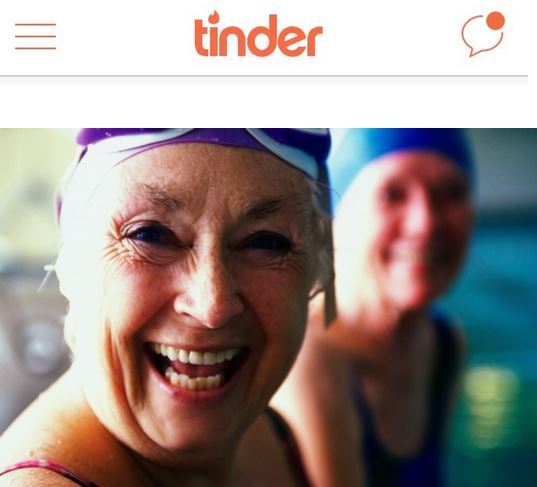 Tinder Bot Reveals Not All Men Of Online Dating Are Jerks

How To Write A Winning Online Dating Profile