In 1969, John Lennon and Yoko Ono initiated Rock & Roll Diplomacy which, as with most things John and Yoko, was avant-garde: Bed-Ins, Bagism and the Live Peace in Toronto 1969. As a premiere, they involved a politician, the then Canadian Prime Minister Pierre Trudeau. In 1971, George Harrison pursued that path, in his own way too: the New York Concert for Bangladesh was specifically linked to the Indian sub-continent. In what would become the first humanitarian Rock concert, Harrison involved UNICEF, a host of Rock stars, such as Eric Clapton, Bob Dylan and Ringo Starr, as well as Ravi Shankar and his Indian musicians. In 1979, Paul McCartney took Rock & Roll Diplomacy to its height. As with everything McCartney, the Concerts for the People of Kampuchea were a super-production, involving the United Nations Secretary General, UNHCR, UNICEF and a most diverse set of three generations of Rock musicians, in London.

1979 was an arguably eventful year. Each month sequenced political developments and cultural rainbows. In January, the United States established diplomatic relations with the People's Republic of China. Vietnamese troops seized Phnom Penh, ending the Khmer Rouge's Democratic Kampuchea. Two days later, the Music for UNICEF Concert, featuring, among others, ABBA, the Bee Gees, Donna Summer, Earth, Wind and Fire, and Rod Stewart, was held at the United Nations against hunger and to mark the beginning of the International Year of the Child. In February, Sid Vicious of the Sex Pistols died of overdose, and the world's geostrategic landscape was durably altered in Iran, with the fall of the Imperial Government and the advent of the Islamic Republic, later in April. In March, at the wedding of Eric Clapton and Pattie Boyd, Clapton's best friend and Boyd's former husband, George Harrison, was best man: Flower Power was singing its swan song. In May, Margaret Thatcher became the United Kingdom's first female Prime Minister, while Apocalypse Now received the Cannes Film Festival's Palme d'Or. June was specifically eventful. While Super Tramp released the "Logical Song", SALT II (Strategic Arms Limitation Talks) was signed, amid nuclear device testing by the US, USSR, and France. Muhammad Ali confirmed his third retirement, and the world witnessed the Second Oil Shock, as a result of the Iranian revolution. In July, as the Walkman hit retail shops, Saddam Hussein became Iraqi President, and the Sandinistas seized power in Nicaragua. In September, MUSE (Musicians United for Safe Energy) organized the No Nukes concerts against the use of nuclear energy. In October, Mother Teresa was awarded the Nobel Peace Prize, while the Guinness Book of World Records awarded the first ever Rhodium disc to Paul McCartney, as history's bestselling song-writer and recording artist. November witnessed the storming of the US Embassy in Teheran, while Pink Floyd released The Wall. December ended the year with two major events. On the 25th, the USSR began a decade long invasion of Afghanistan while on 26-29 December, the Concerts for the People of Kampuchea took place in London. 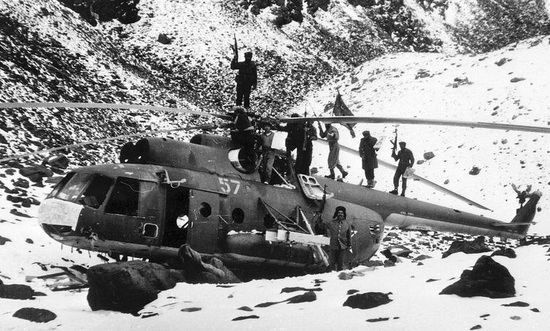 Organized by Paul McCartney and the United Nations, these concerts were in response to the 1975-79 Khmer Rouge's reign, where three million persons perished in Cambodia. During the concerts, McCartney brought three generations of popular musicians together. The older generation included McCartney and the Wings, The Who and members of Procol Harum. The middle generation was represented by Queen and members of Led Zeppelin. Most notably, there was the new generation of mainly New Wavers and Punk Rockers, such as The Pretenders, Elvis Costello and The Attractions, Ian Dury and the Blockheads, The Clash, and The Specials. "Rockestra" constituted the pinnacle, the award winning track for the Grammy's first ever Best Rock Instrumental Performance, composed by McCartney for his 1979 Back to the Egg, and played by a super group composed of McCartney's Wings, members of Attractions, Faces, Led Zeppelin, Pink Floyd, The Pretenders, Procol Harum, The Shadows, The Small Faces, and The Who. 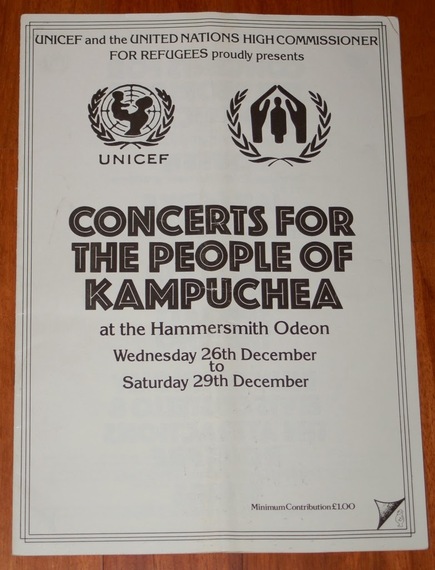 To gather together such diverse profiles and genres required a unique person. One who was able to compose antithetic tunes such as "Eleanor Rigby" and "Yellow Submarine", "Helter Skelter" and "Obladi Oblada", Women's Lib - "Lady Madonna" - and Civil rights songs - "Blackbird", or else play groovy bass lines, such as the one on "Come Together". Introducing the psychedelic sounding tape loops, the Beatles' multi-instrumentalist (some of the band's songs were drummed by McCartney) was behind the revolutionary Sergeant Pepper concept, the bizarre avant-garde Magical Mystery Tour, the White Album concept, and the iconic Abbey Road LP cover. Sir Paul - as knighted in 1997 - the composer of children songs, movie soundtracks, Oratorio, Classical and Ballet music, one who, at 70, would win a best vocal Grammy for his number one Jazz LP Kisses from the Bottom. One whose post-Beatles collaborative work has topped the charts, be it with Michael Jackson, Stevie Wonder, Elvis Costello and, most recently, aged 72 with Nirvana's surviving members, with whom he won a Grammy for best Rock song for their Grunge track "Cut Me Some Slack"; or else for his collaboration with Rihanna and Kanye West on the soul-pop number one hit "Fourfiveseconds". 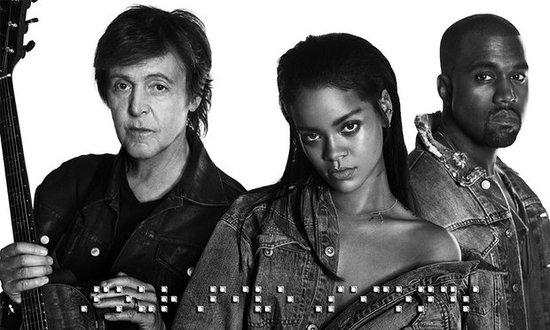 From 1969 to 1979, Lennon, Harrison and McCartney successfully conceptualized, put on track and applied Rock & Roll Diplomacy. At each stage, they heightened and widened both the political and artistic scope. At a time where social media did not exist, these were among the most efficient tools to boost the youth's public awareness about peace, love, war crimes, crimes against humanity and genocide, however controversial the idea of using entertainment generated funds to alleviate human suffering may be. The McCartney-United Nations Concerts for the People of Kampuchea brought the Beatles' Rock & Roll Diplomacy trilogy to a closure, laying the foundation for Band Aid, Live Aid, Earth Aid and other benefit Rock concerts. The rest is history. Speaking of which, in 2001 Cambodia and the United Nations created the Extraordinary Chambers in the Courts of Cambodia for the Prosecution of Crimes Committed during the Period of Democratic Kampuchea. 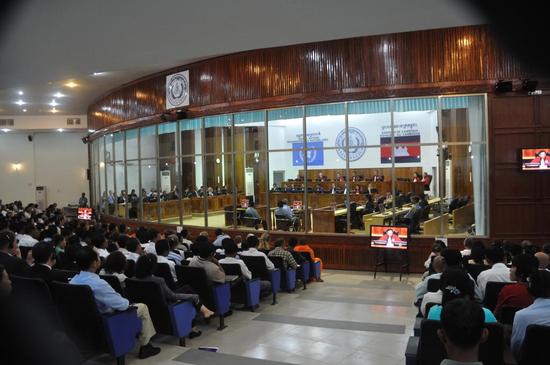 The views above are those of the author's alone, in his personal capacity.