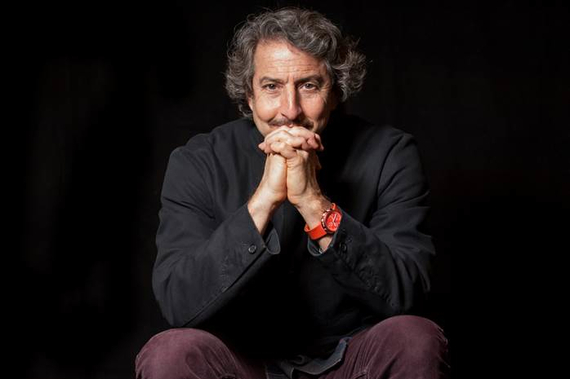 I've come to accept the fact that culturally we are stuck with the Kardashians, Duck Dynasty and, yes, America's Newest Weatherman. However, it doesn't mean we should forget or ignore our rich history and the people who have made significant contributions to society.

One of them is Pearl S. Buck, the first woman to win the Nobel Prize for literature. The daughter of missionaries, she was born in the U.S., but moved to China at the age of three months in 1892, and lived there until 1911 when she returned to the U.S. where she attended college. Ms. Buck returned to China as a missionary and wrote The Good Earth, which went on to become the best selling novel in the U.S. in 1931, and won the Pulitzer Prize in Literature.

I read The Good Earth in high school and remember that Ms. Buck was a highly revered literary figure, and even recall watching her on The Merv Griffin Show with my parents. However, I had not read or thought about Ms. Buck for years, until I spoke with Director/Choreographer Daniel Ezralow, who is bringing Pearl, an abstract dance show to Lincoln Center from August 27th - 30th. Ezralow served as choreographer for the opening ceremonies at the Sochi Olympics and will supervise the entire production.

Ezralow explained that the show is about Ms. Buck, "who she was and the legacy she left. The show tells the story of Pearl's life through dance." Ezralow added that the show is unconventional and is presented in five symbolic stages: Spring, River, Flower, Moon and Night. "It's not a ballet," he said. "It's a dance-play and a blend of contemporary modern dance styles with 30 performers from China and America." Ezralow promises that the show is a unique experience, especially the set.

This is rough terrain for me. I can't dance. I know very little about dance, although I have enjoyed many shows on Broadway and at Lincoln Center. Everyone learns how to read and write and write at an early age and literature becomes a part of most people's lives, but dance is very foreign to many of us. Ezralow loves every aspect about dance and talking with him about the subject is infectious. He explained that many people (like me) are afraid of dance because we don't like being judged, although he assured me that "breathing is dance and just getting on stage and moving your arms is dance. It's standing in front of people and moving your body to express something."

Ezralow echoed my concerns about Ms. Buck, who he agrees has fallen into obscurity over the last 30 years, both in America and China. "This was an important woman," said Ezralow. "She lived in two different countries during the turn of the century and lived through a revolution." Ms. Buck led a remarkably full and unique life and paved the way for so many women that followed her, and Ezralow believes Pearl will convey that.

Her story is about cross-culturalism and bridging a cultural gap... It's about humanitarianism and about how we approach and confront something that is unknown. I want to give people something to think about and to walk away from a performance having really enjoyed themselves.

After Lincoln Center, Pearl goes on the road and Ms. Buck's name and achievements will again get the attention they deserve.