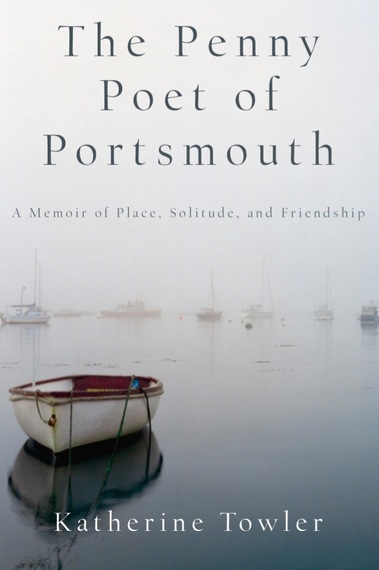 Katherine Towler's memoir, The Penny Poet of Portsmouth follows her move to Portsmouth, along with a marriage and a settling down into the community she never quite expected. Among those unexpected turns chronicled in the gem of a memoir is her friendship with the late poet Robert Dunn.

Given how private Dunn was, how did you decide to write about him and your friendship? When and why did the idea of a memoir of this time grip you?

I went through an intense experience with Robert in the final years of his life when I helped care for him. He lived on next to nothing throughout his life and owned almost nothing. For the more than 30 years when he rented a single room in a house within walking distance of downtown Portsmouth, he did not own a car, telephone, television, or computer. When he became sick with COPD, he had few resources and no family in the area. It was the experience of stepping in and serving in the role of a family member that prompted me to write about Robert. I went through a lot in those last years with him, and I needed to tell the story.

I was also motivated to write the book because Robert was such a rare person. I wanted to capture the spirit of his life and to preserve his memory. As I recount in the book, Robert was so much a part of the street scene in Portsmouth, making his daily walks into town and his rounds of the post office and coffee shops. I missed him profoundly after his death in 2008. It was also a time when Portsmouth was changing, with an influx of money and development. Writing about Robert was a way to write about Portsmouth, too, and to capture the place as it was in the 1990s, before the latest rounds of development. I began by writing an essay about Robert about a year after his death. I took that essay and expanded it into a memoir.

You are also the author of a trilogy of novels, Snow Island, Evening Ferry, and Island Light. How did you approach Penny Poet differently than your fiction projects? What about your writing process is the same?

Writing a novel you are wedded to plot, even in novels like mine that are on the less plot-driven side. You must figure out the story in order to go forward from one chapter to the next. Writing the memoir, I already had the story. The writing process became more about shaping and discovering and digging down through layers of perception and memory. I spent a year simply writing, putting down anything I remembered about Robert, anything I was thinking about our relationship, and about being a writer and living in Portsmouth. I then took all this material and found a structure that pulled the various threads together.

I drew heavily on what I had learned as a fiction writer in writing the book, though. Developing scenes and characters are as important in memoir as they are in fiction, even when the character you are developing may be yourself. Writing dialogue is important to memoir, too, and my experience in creating fictional dialogue helped me recall real dialogue. 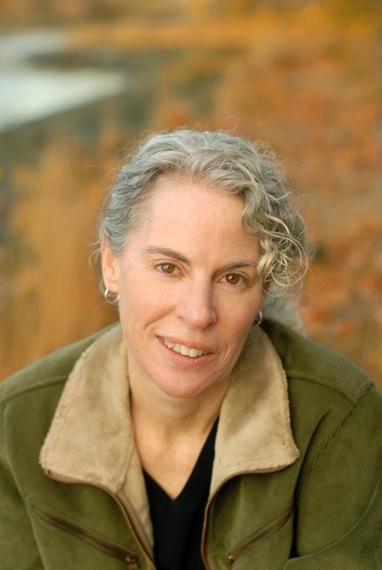 What did your experience of getting to know Robert as well as becoming part of this community teach you about friendship?

I did not seek out my role as a person Robert relied on when he was sick. A combination of circumstances made me the one he turned to more than others. There were times when this was difficult for both of us, when I simply did not have the energy or time for him. I learned from this experience that friendship, like most things in this life, is imperfect. I learned to be more forgiving of myself and of others, to value the moments of profound connection we did have, and to be less critical of both of us when we failed to meet each other's expectations.

I had always admired Robert tremendously for the choices he made in his life. He was quite solitary and devoted himself in such a focused way to writing his poems and to the life of the mind. At the end of his life, I saw the cost to some of the choices he had made. I realized how much I needed friendship and community. As a writer, navigating the back and forth between time with people and time alone with the work is often a challenge. I came away from the years I write about in the memoir with a greater appreciation of how important my community of friends and fellow writers and artists in Portsmouth is to me.

What did your relationship with Robert teach you about your own writing life?

Robert lived in a way few people are able, with so little attachment to possessions or making money or receiving recognition from an outside world. He had an inner conviction about what matters that was a great example for me. I often think of Robert and try to emulate him, to be less concerned with the pursuit of "fame" and more focused on the writing for own its own sake.

What's next for you? Will you stay in memoir or return to fiction?

I am working on a collection of short stories and may return to writing a novel after that. I am also working on some essays and have an idea for an essay collection. I love writing in different forms and seeing how work in one form influences another.