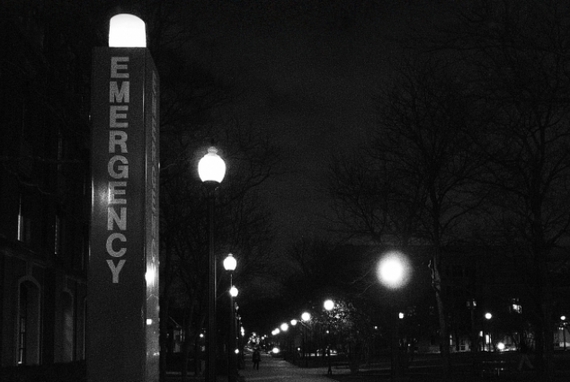 A Dark Side of Military Culture

Over the course of the last month, two op-eds were published, one in the Washington Post, the other in Task & Purpose, pointing out a supposed "entitlement" plague infecting military families, particularly military spouses (93 percent women). In hasty generalizations, the authors took individual situations, inserted their own bias, and extrapolated their experience to the larger community of women and men married to service members.

In the last two days, two military spouses have taken the authors to task. The Dependapotamus Hunter reminded us that cyber bullying is anything but a game, while the second was by an Air Force veteran reminding us how crucial military spouses are, not only to their families, not only to one another, but to the overall mission itself. These two articles highlighted the online vitriol directed at military spouses; many times by active-duty members, many times by veterans, and sadly, many times by other military spouses. An aspect I'd like to expand on is the national security implications that needs to be addressed by leadership in the Department of Defense and on an individual level, by each of us.

In his Washington Post piece, Dave Duffy, a retired Army officer, connected the action of a military spouse, who he says acted poorly in his smoothie establishment, to the larger issues of having an "entitlement attitude" and worsening civilian-military relations (a rather large leap). Carl Forsling, an active-duty Marine Corps officer, started his opinion piece with an unnecessary hunter-bear-rape metaphor to describe the decision to re-enlist. That provocative opening quickly spiraled into a stereotype-fueled argument that placed military spouses as enemy number one. However, other than an Army Wife: Toughest Job in the Military bumper sticker, Forsling cited no specific examples, facts, or research supporting his claim. His main purpose for writing seemed to be to air a grudge against military spouses. Both officers' weak logic, not surprisingly, led to weak arguments. Whatever points they were trying to make regarding entitlement got lost in the authors' willingness to stereotype the 1.1 million member community of military spouses.

As some military spouses pushed back in the comment section of both articles, an equally large number of commentators responded with amazing venom. Cries of Dependapotamus! Leech! Cheater! and Get your own identity! greeted those who defended the military spouse community. Consistently, wherever these articles were shared, the Facebook comment sections became populated with the 21st century rendition of a mob, replete with virtual nooses, pitchforks and torches. Links were left to Facebook pages which encouraged the commenting military spouses to commit suicide. Much like the workplace sexual harassment recently found in the Air Force, this dehumanizing of spouses creates a pattern of disrespect that can lay the foundation for mental and physical abuse. After all, "dependas" are really subhuman according to these Facebook sites.

None of this -- the articles, the comments, the derision -- is new. There are countless pages dedicated to slamming, demeaning, and deriding spouses of service members. To its credit, the same outlet that produced the Forsling piece, published an astonishing piece by its Editor-in-Chief, Brian Jones on the online hate by military members, specifically Marines, towards female service members. Jones noted

As the nation grapples with the debate about women in combat and the military's sexual assault justice problem, both issues are being undermined by nefarious cultural insurgencies on social media, and military leaders seem powerless to stop it.

Pointing, laughing, and judging. Some call it honesty. Some, like Forsling in the Task & Purpose piece, call it "tough love." I call it hate, marginalization, objectification, and misogyny.

Sadly, these attitudes continue to be overlooked or ignored by Facebook, our 21st century equivalent of the Wild, Wild West. Ironically, Sheryl Sandberg, the COO of Facebook and author of the book Lean In, happened to be at the Pentagon last week and gave a great speech on leadership. She noted the need to diversify the DoD workforce, and how it will be even more necessary with further workforce reductions. I suspect this will be exceptionally difficult in the current environment.

If this cyber bullying continues, both against spouses and female service members, I fear we are rapidly approaching a tipping point where it could be the last straw for more and more active duty and veteran families (not to say anything about civilian families) not recommending their children pursue service in the military, much less a career. The same can be said for those who might think about marrying into the military. Last week on MSNBC, a retired Colonel who had previously endorsed his daughter joining the military, made a sobering comment when he said he would no longer recommend service in any of the Armed Forces. While the Colonel may not have been speaking to the specific threat of cyber bullying, there is a connection between it and sexual harassment and assault and, as we've all become to accustomed to hearing, cyber bullying can end in tragic consequences. In the end, besides simply wanting to do the right thing, DoD needs to fully understand the risk to readiness and retention this is becoming and take steps to reduce this threat.

The question is "what can DoD accomplish?" The new frontier in this digital age needs to be more fully understood, starting with senior leaders and their relationships with the CEO's of those companies involved, starting with Facebook. I would recommend the Chiefs of Staff and the Senior Enlisted Advisors in each service provide written notice down the chain of command that active duty personnel will be held accountable, starting in basic training, if they are caught cyber bullying. The education component continues with senior leadership development, both in the officer and enlisted career fields. Expand that education into Commander's calls and military family programs, including mentorship for new military spouses. A DoD Public Affairs program and strategic communication to this newest generation is critical so they understand that what they might have gotten away with in the past will not be tolerated in the service or on any installation, military or civilian personnel alike. At the base level, military spouses and all service members need to understand who and how to make a formal complaint about cyber bullying.

For those reading this from the military or veteran community, know that we are all responsible for our actions. If you are one of these people who encourages hateful comments or joins forums that encourages military spouse or service member bashing, think twice. You might see it as a laugh or a joke. It's not. It's unprofessional and demeaning, both to yourself and those you are targeting. We need to remember that we are responsible for what we say and the way we present ourselves in public, whether in person or on the internet. We all make mistakes. Own up to them and do better next time, and don't be a bully. Whether you are active-duty, a veteran, or spouse of either, be the leader in your community I know you can be.

For those in the civilian community, we know military members and the spouses who marry them are a reflection of the communities they come from... yours. It is apparent that the cyber bullying problem that has infected so many communities across the nation has spread to parts of the military, made worse by a culture that is still adjusting to the idea of female peers in many career fields. We need your continued help and support to ensure we are able to recruit quality men and women for our All-Volunteer Force. Our military depends on you just like you depend on our military; it is after all, your military. For all the faults I just listed, I still believe we have a military and veteran community, including their families, we should be proud of... let's keep it that way, by reducing, if not eliminating cyber bullying. 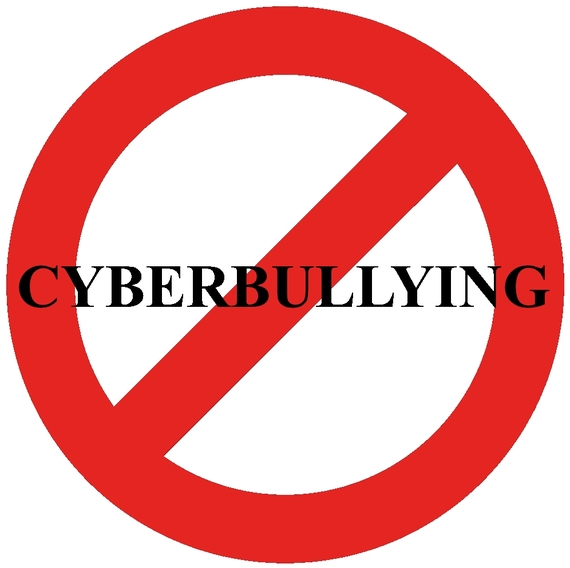