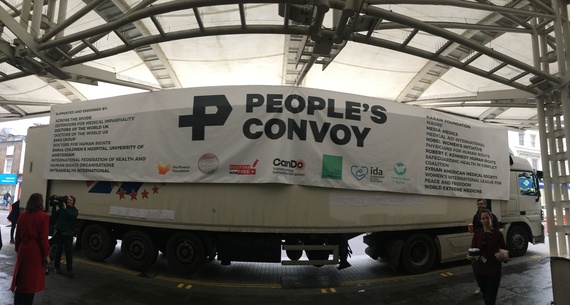 The brutality visited on Aleppo in recent weeks has shown the world that Syrian President Bashar al-Assad has no scruples about killing his own people and destroying one of the world's once-great cities. According to the United Nations, as Syrian forces closed in on eastern Aleppo, they executed dozens of civilians on sight, including women and children. Reports of men and boys being rounded up have families wondering what horrors await their loved ones. But it's a brutality that has been clear all along to those of us who've watched Assad and his allies engage in a seemingly limitless campaign to annihilate Syria's health care infrastructure and personnel over the past five years. There have been at least 400 attacks on medical facilities in Syria since 2011. The intentional campaign of striking hospitals, emergency clinics, maternity wards, and pediatric units has shown that Assad and his principal backer, Russian President Vladimir Putin, have absolutely zero regard for international law and the longstanding prohibition against attacking medical workers and facilities during wartime. In Syria, attacking hospitals has become an ominous "new normal" of sorts, a signature of this conflict and likely conflicts to come. And though such attacks violate not just international law but repeated UN Security Council resolutions, the international community has failed to stop them. There has been plenty of rhetoric, plenty of attempts to name and shame, and yet our governments and the international bodies with a duty to maintain peace and security abdicated their responsibilities. This shame will endure for generations. Crimes like the systematic destruction of hospitals are called crimes against humanity because in their barbarity, they violate our common understanding of what it should mean to be human. We are all victims of such atrocities, because as those international norms and standards wither, all of us may someday find ourselves seeking refuge or fleeing a conflict and will find no sanctuary. It's a thought that should terrify us all. 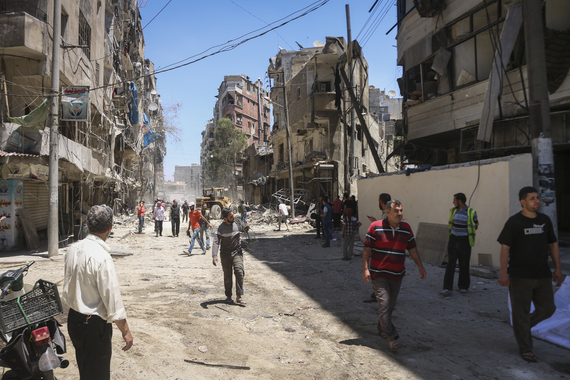 One morning just a few weeks ago, the two of us discussed the desperation that we in the medical and human rights communities feel about the situation in Syria. Our governments had let us down; we felt entirely helpless. So we decided to act. We imagined the People's Convoy, a crowd-funded effort supported by private citizens, to send a message of solidarity and provide much-needed medical aid to those who are now suffering even more intensely in the wake of Aleppo's fall. Laden with nebulizers, scales, examination tables, stethoscopes, and feeding bottle sterilizers, the convoy is now working its way across Europe. Once the supplies reach the Syrian border, our partners who routinely make aid deliveries into Syria will use them to establish a children's clinic capable of serving 60,000 patients. It's meant to support both those who are suffering but also the valiant doctors who've risked their own lives to save others. A genuine citizen action.

But the convoy is also meant to send a message: we do not accept the new normal of attacks on hospitals. And it's also an expression of support for the doctors, nurses, medics, and other health professionals inside Syria are the heroes of a conflict where heroics are in short supply. Medical students have become specialists by dint of their own ingenuity and a smartphone. Nurses and medics have logged all-night shifts knowing that if they rest, others might die. They have lived up to the highest ideals of the health professions by providing care without fear or favor. And they've died because of it. At least 768 medical professionals in Syria have been killed since 2011. In 2012, the Syrian parliament passed a law banning any assistance to opposition forces, including medical care, and branding those who violated the law as terrorists. This law is an affront to the longstanding norms and treaties protecting medical care in conflict. The People's Convoy is meant as a message to our medical colleagues that we support their work no matter who they treat. It's unclear what will happen next in Syria or what fresh new horrors await those who've escaped Aleppo and other towns under siege. But the conflict will inevitably end. That's when the world will reach another moment of reckoning: will we allow the war criminals who attacked the heart and soul of Syria's health care system to get away with it, or will we hold those who've violated international laws and compacts accountable for their crimes?