Earth Day will turn 45 years old next month, and plans are underway for a big party on the National Mall. The Earth Day Network is organizing a celebration on April 18 that will combine star-studded musical performances with serious business, including commitments by national and international officials to marry the goals of curbing climate change and ending poverty. Everyone is invited. 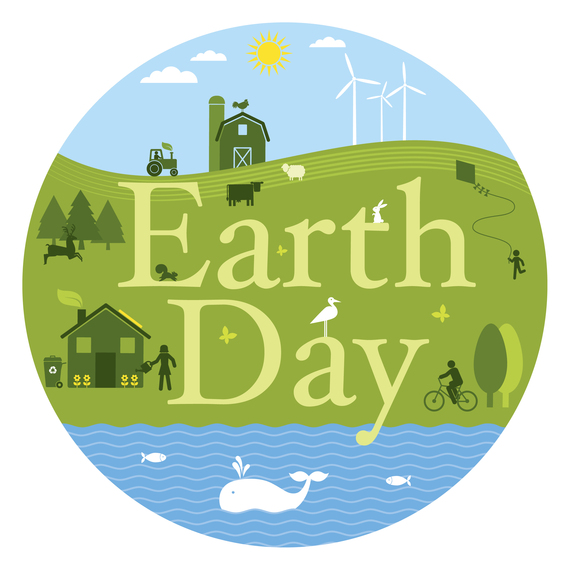 It promises to be a ball on the Mall, but two things would make Earth Day even more special this year. The first is a major address by President Obama -- a State of the Union's Environment speech billed as being just as important as the annual State of the Union address. The second would be an event that draws out all the prospective 2016 presidential candidates on their environmental platforms.

Why another speech? This should be a big year for the environment. The 2016 presidential race will take shape. Unlike the candidates in 2012, the new bunch should be compelled to get specific about their environmental policies, including the mother of them all, global warming.

Around mid-year, EPA will issue its rule to control carbon emissions from power plants -- a regulation that is contested by many Republicans in Congress and is likely to be taken to court by several states. Then, in December, the United States will help finalize a long-awaited global climate agreement.

It is important for the president to set the stage for these developments. He could frame the inevitable debates with Congress by speaking directly to the American people about why it's critical to control power plant emissions, to join the international community in a meaningful climate deal, and to require the prospective presidential candidates to be forthright about these issues.

Unlike the 56 percent of congressional Republicans who deny or are skeptical about climate science, the majority of the American people get it. The president's conversation with voters might discourage more unprincipled stunts by members of Congress who want to undermine his legal obligations to protect the environment and his constitutional authority to shape foreign policy. That's what they tried to do this week with their letter to leaders in Iran, and last week with Israeli Prime Minister Netanyahu's address to a joint session of Congress with all the pomp, ceremony and courtesy that should be afforded the president of the United States.

There is a more lasting reason for a big Earth Day speech too. It should become an annual tradition to remind Congress and the American people of our moral and legal obligations for environmental stewardship. The legal obligation is defined eloquently in the National Environmental Protect Act (NEPA) passed by Congress in 1969, the first in the series of that era's landmark environmental laws, which are still in effect today.

NEPA includes a statement of congressional intent that says the federal government has an ongoing duty to "fulfill the responsibilities of each generation as trustee of the environment for succeeding generations," to make sure that all Americans have a safe and healthful environment, and to allow beneficial uses of the environment without degrading it.

That is the law. Nevertheless, some members of Congress are attempting to block the administration's ability to comply by taking away EPA's powers and its operating budget. The president might point out that if members of Congress disagree with NEPA, they should pass a new law.

A lesser-known requirement in NEPA is an annual state-of-the-environment report by the president to Congress. If Congress is adjourned on Earth Day, President Obama could use his authority under Article II of the Constitution to call it back into a special session for the State of the Environment address. Past presidents have used this authority 26 times, but not since Harry Truman in 1948.

The president could also challenge voters, especially millennials, to get involved in the 2016 elections. They will inherit the environment we are creating today. Although their sheer numbers give them the potential to be a powerful force in fixing the nation's broken politics, the millennials were only 12 percent of those who voted in last November's midterm elections.

That leads to the second contribution to a perfect Earth Day. Earlier this month the prospective Republican candidates for the presidency showed up at an agricultural summit in Iowa to test out their positions on a variety of issues. It's not too early for a coalition of environmental, social justice, national security and clean economy organizations to invite all the prospective candidates to present their views on climate change and other critical ecological issues at an Earth Day summit. If they showed up, the event would be informative. If they didn't, that would be informative too.