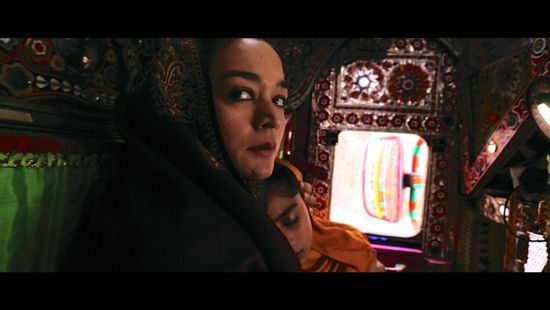 Let me preface this by saying that I think Malala is a hero. A heroine, to be precise and more fair to our sex, the fairer sex. What she has gone through would be overwhelming for anyone even four times her age and male, let alone for a girl, hardly a teenager and at such a vulnerable stage in her life. And then, to add to her qualities, she's used her tragedy, her pain, the unmentionable violence that was perpetrated against her to become a catharsis for change, for helping girls around the world.

However, there is something about the way the West has embraced Malala that bothers me. Perhaps it is the fact that in all her youth, she represents this image of womanhood before our sexuality takes over. She's the perfect poster child of what courage should be, if only women could stop being so angry, so emotional, so much of what, let's face it, separates the women from the girls. Or perhaps it's because her father is often hailed as a wise-beyond-his-status-and-education figure of a man that fits perfectly in the savior representation other men want women to believe in. Even the film that was recently released about Malala is a documentary made by a male filmmaker.

Whatever the reason is, I found I needed a heroine that suited me more, that I could feel a sisterhood towards and also hailing from that part of the world.

I found that, and more, in Afia Serena Nathaniel's Dukhtar.

This beautiful story about courage, principles, women and the exceptional men who can come along to love them set in Pakistan, opens as one of those idyllic Bollywood films, something in the vein of Mission Kashmir. But then the tranquility of the image, which turns out to be a dream, is overtaken by the story of a young girl named Zainab (played by Sahela Aref) promised in marriage to an old warlord, as a way for rival tribes to come together. This is not a predicament that the girl's mother, Allah Rakhi (played by Samiya Mumtaz) is prepared to let her daughter (in Urdu 'Dukhtar', thus the title of the film) live with, and so begins their inevitable escape. Aided by the handsome Sohail (played by Mohib Mirza, perhaps the most popularly renowned actor in the cast), chance, terrain and a technicolor dream-truck you'll have to watch the film to know exactly what I mean -- the two women, girls, ladies, whatever you wish to call them, take the audience on a road journey to end all road journeys. One in which womankind is always the leading character.

I caught up with Afia Nathaniel by email -- one of those instances where it was absolutely necessary but I so wish it had been face to face -- to ask about her film and her thoughts on cinema as a kind of bridge across cultures. In fact, Dukhtar was Pakistan's entry to the Oscar race in 2015 and that says a lot about a country that only seems celebrated in the West for one of its female citizens...

Do you feel a certain social responsibility, as a woman, Pakistani, global citizen, mother, filmmaker?

Afia Nathaniel: Absolutely. As storytellers, we mine the depths of our specific experiences to tell stories. There are certain themes and ideas which keep cropping up in one's work. However, it is in no way a limitation. My next film is a fantasy/science fiction which is set in outer space and there's a powerful female protagonist in it.

Did you always know you'd make a film like Dukhtar, so perfectly woman-centric? 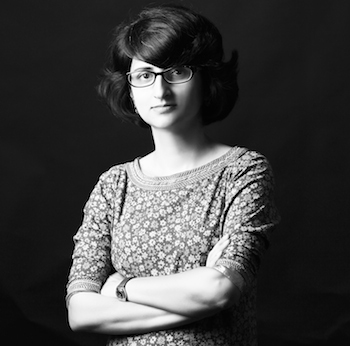 Afia Nathaniel: Yes. I always knew I'd make it. There's a beauty and power in stories of women across generations which are often buried and forgotten in societies like ours. Since I come from a very strong family of women -- raised by my great grandmother and grandmother -- the power and beauty of a woman's voice is already wired in my subconscious. All I had to do was to tap it and stay on the path to fight for it. The market reality for making women-centric stories, in foreign language, is a very difficult one because female protagonists are not valued equally as male protagonists. Female directors are not valued equally as male directors. And this is the battle in the film industry not just in countries like Pakistan but here in Hollywood. Consider the USC study that looked at the 100 top grossing films in Hollywood last year and only for 1.9 percent of those women directors were at the helm. Consider the top female talent now coming out to speak against sexism, ageism and the severe imbalance of women's representation across the spectrum of age and ethnicity in cinema, both in front of and behind the lens. So when films like Dukhtar are made and do well outside the realm of Hollywood there are important lessons for the industry at large, namely, that there is plenty of untapped market potential in stories driven by female protagonists and helmed by female directors.

What do you think of the current "Us vs. Them" mentality in the world, and can cinema help us tear that wall down?

Afia Nathaniel: I believe that cinema can build a bridge across cultures in a more meaningful way than any bilateral talks between countries. The great love and warmth with which international and American audiences embraced Dukhtar has shown us the immense power of stories across cultures which connect viscerally and emotionally. The deep contradiction which lies within the socio-political realm of countries like Pakistan are often seen through a one-way lens. Cinema allows them to see the other side of the picture, literally speaking. American audiences are, therefore, often shocked to see me -- a modern female director from Pakistan -- who doesn't wear a burqa, and who went with 40 men as the only female crew member to a remote and desolate part of the country in deep mid-winter filming for two months on the road. They are further shocked to know that I was never stopped by anyone in the making of a film with a controversial issue of the child marriage at its heart. I had a complete freedom to make the film in the country despite the conservatism. And audiences are completely thrown off the sofa when they find out that the film was in huge demand in local Pakistani cinemas and ran for four weeks straight against major Hollywood and Bollywood films. There is a great hunger in the country for films with realism like Dukhtar. People do want change. The narrative about Pakistan immediately shifts as the audience begins to grasp the idea that in Pakistan modernity, tradition and fundamentalism exists together in the same breath and that the country lives in several time periods at the same time.

And, therefore, reality is not as black and white as it may seem. Cinema is in the shades of grey.

Do you think that cinema has a way to help us understand faraway cultures from ours?

Afia Nathaniel: Cinema has been and continues to be the single most influencer of how one culture sees another, of how one idea can change the way we think about one another. And the world needs to experience diversity in cinema. It is after all when we laugh and cry together after watching a film that we come closer to ourselves in body, mind and spirit.

And finally, how would you describe yourself to someone who doesn't know you?