Peanut butter and jelly, cookies and milk, spaghetti and meatballs -- some foods are just made to go together. One of our all-time favorites is that childhood staple, mac and cheese. Though now considered an American comfort food classic, macaroni and cheese didn't actually originate in the States. With English origins dating back to the 14th century, the first modern recipe for the dish appeared in Elizabeth Raffald's 1769 book, "The Experienced English Housekeeper," and didn't show up in an American cookbook until over 50 years later, in 1824.

Since then, the dish -- often prepared as an oven casserole or in a sauce pan with all kinds of cheeses, including cheddar, Monterey Jack, provolone and Swiss -- has become a national treasure, with many regional variations. Whether it's served as a homey, creamy side or an elegant entree mixed with bacon or lobster, mac and cheese is one tasty combination that never gets old. Here are 11 unique takes that'll make you say "cheese" with a smile: 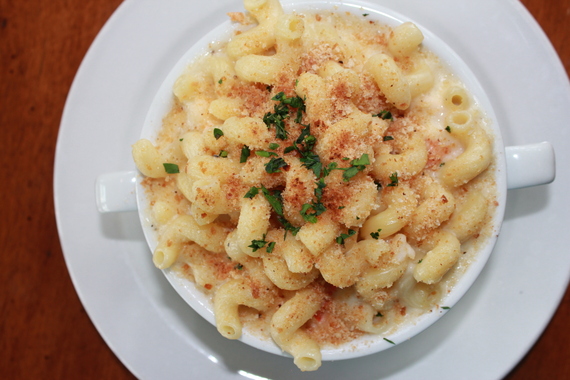 Caulfield's Bar & Dining Room proves that no great American menu would be complete without mac and cheese, serving the standout starter with chunks of fresh lobster meat, aged cheddar and a touch of truffle. 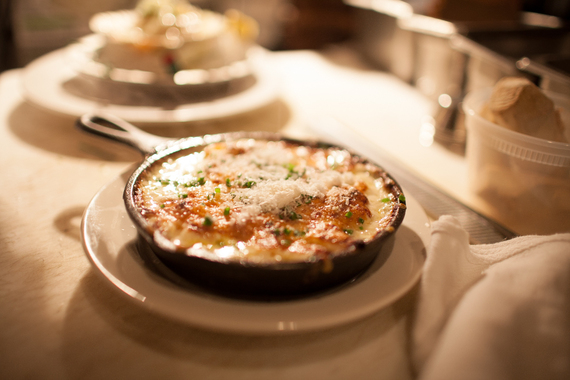 Served in a piping hot cast iron pan, the macaroni and cheese recipe at Almond is bubbling with perfection. Prepared two ways, everyone's favorite dish can be enjoyed as a main course with prosciutto and chopped truffles or as a traditional side dish. 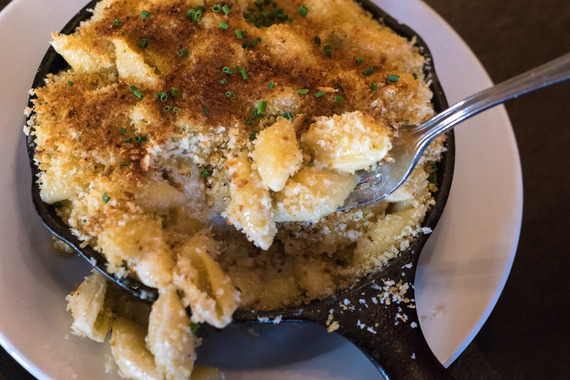 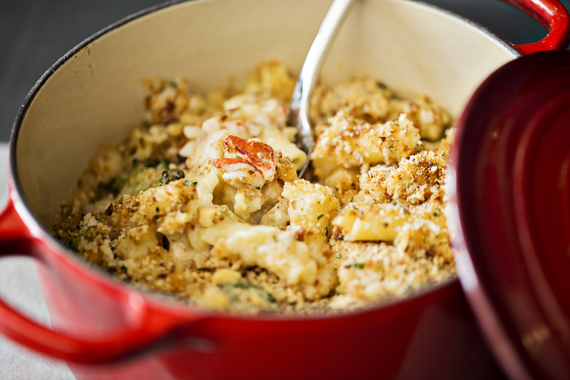 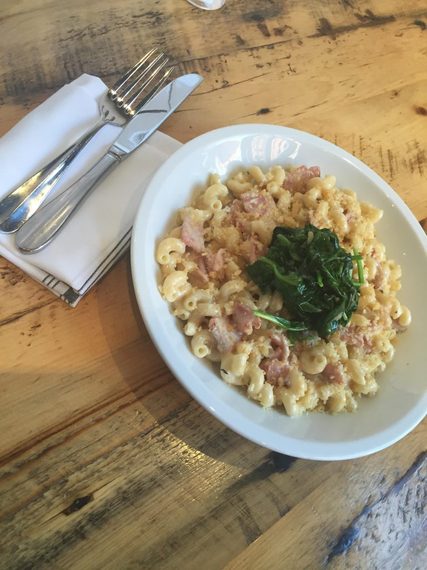 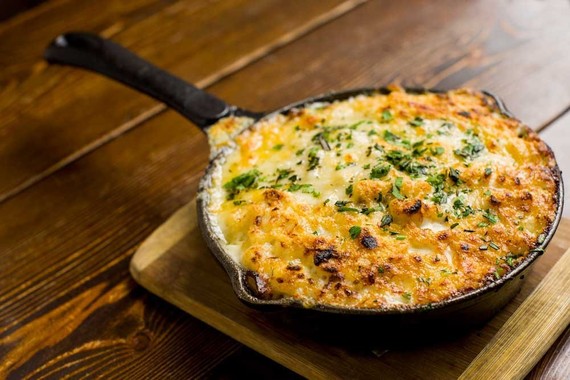 Photo provided by The Marshal. 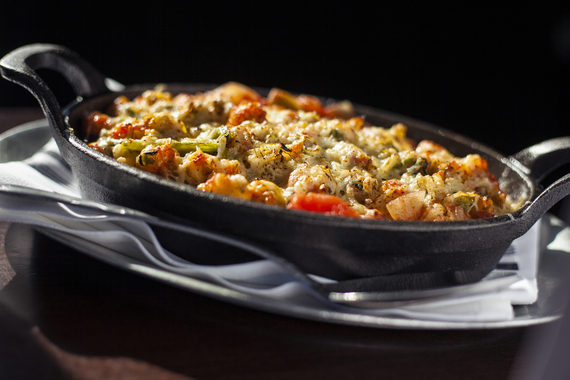 The cast-iron baked macaroni at Preux & Proper is topped with scallions, Turbodog (dark brown ale) and Vella Dry Jack (a nutty, aged relative of cheddar) -- a Creole- and Cajun-inspired take on the classic dish. 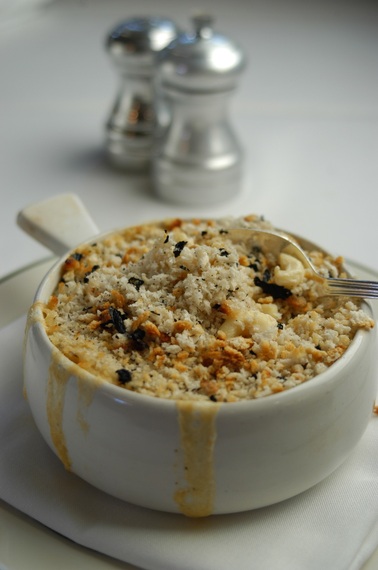 The truffled macaroni and cheese at Smith & Wollensky is made with four different cheeses -- grated Parmesan, provolone, Monterey Jack and cheddar -- blended with a dash of truffle oil and topped with Panko bread crumbs. Even if you don't live in New York, you can still try and recreate the mouthwatering gratin thanks to the restaurant's online recipe. 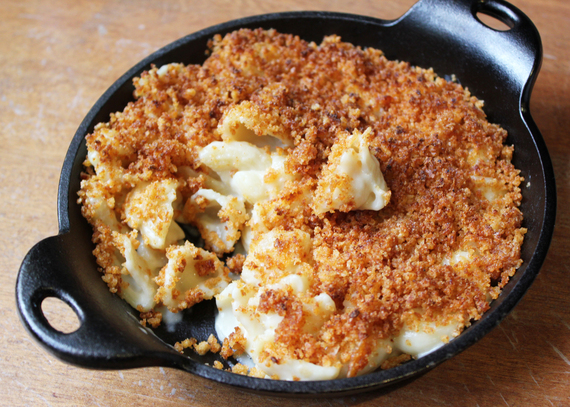 Photo provided by The Fat Ham.

Served straight from the pot, the baked mac and cheese at The Fat Ham is sprinkled with smoked cracker crumbs, rounding out the delicious Southern comfort food menu. 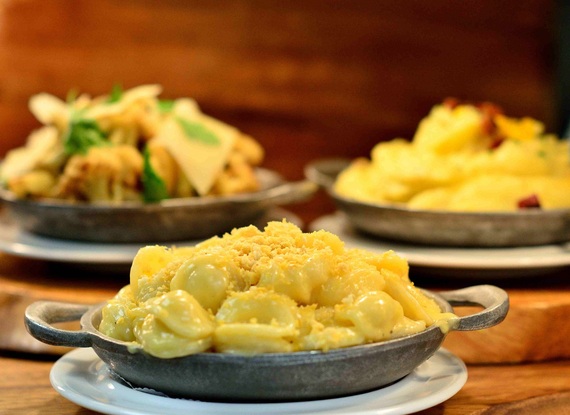 The mark of a truly great steakhouse, BOA Steakhouse delivers not just good chops but fantastic side dishes, including its Mac N Cheese with smoked Gouda-cheddar Mornay sauce (a creamy sauce with shredded cheese and egg yolk), orecchiette and toasted Panko. 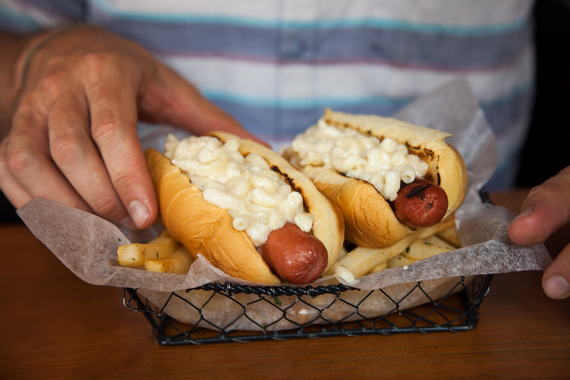 As if mac and cheese weren't amazing enough on its own, Ditch Plains goes and makes it even better, using it as a melty topping over its delicious Ditch Dogs.