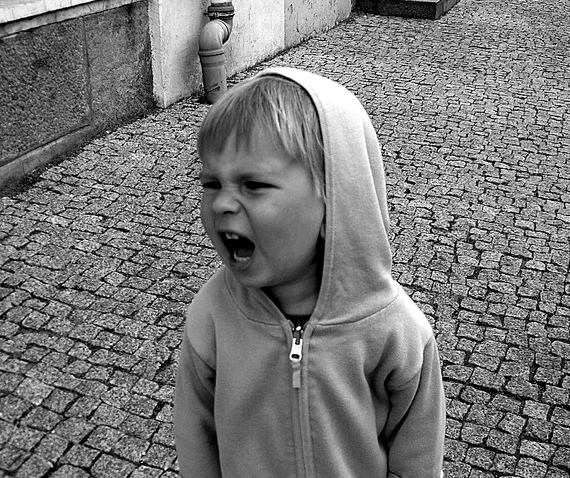 According to Psychology Today, children raised in affluent households show a significant increase in health issues like depression, anxiety, and substance abuse -- a reported 2 times more than their "humbler" peers. Money is expected to act as a buffer for life's hardships, but because of that buffer, children spoiled by entitlement are not equipped to deal with hardships on their own. For that reason, privileged children today are in greater danger of health problems than former generations have been, not only in physical and mental distress, but with regards to their social and psychological development.

It's easy to talk about this topic in the abstract, but in order to better understand the pitfalls of what many call "Affluenza", let's take a look at a few personality flaws that can arise from growing up in a wealthy household.

Lack of Resilience
Parents want the world for their children, and many parents believe that the best way to do so is to completely control the environment. This may work when a child is very young, but after a certain age, it is important to take the emotional training wheels off. People who are coddled and not given room to make their own mistakes as children often suffer from a pathological inability to understand that mistakes are not the end of the world. It's important to teach them early on that making a mistake does not have any bearing on their character as people.

Thoughtlessness
For children who are raised in environments where money, success, and material wealth do not come easily, compassion and empathy develop early on. Though it can be argued that having to shoulder the burden of worrying about money is also not beneficial for children, the converse can result in producing adults who care only about their own well-being and are incapable of feeling the kind of empathy for others that is necessary in a well-rounded individual.

Lack of Respect
The trope of the entitled, disrespectful, wealthy child is a familiar one for a reason. Children raised in a wealthy family can frequently confuse their parents' accomplishments with their own, leading to a dysfunctional conception of how much power the child has over other people. This can cause an inflated sense of self. Children who suffer from affluenza often have a narcissistic sense of self-importance. Since they have always been told their opinion is the most important, their role in the world can only be corrected in the home before that happens. It is very important to catch this behavior and cut it off early if you want your children to respect other people, instead of only expecting other people to respect them.

Bad Relationships:
If the aforementioned behaviors are not corrected in childhood, they can create a flawed adult. Their spoiled character traits will alienate them in relationships, prevent them from getting close to other people, and leave a bad taste in the mouth of everyone who comes into contact with them because of their callousness and narrow-minded world view.

It needs to be said that there is no hard and fast rule of how children will develop. I am not proclaiming to be an expert in child psychology, but keeping my children away from these pitfalls has proven highly successful for me (and them). I am so proud of what they've accomplished as adults, and I think their upbringing has had a lot to do with that! I believe that if you want to raise a functional, well-adjusted child who will grow up to be a compassionate, respectful adult, you must impart these important values in your children. When it comes down to it, this is the kindest thing you could ever do as a parent - and your children will thank you for it later.

For more articles by Sharon, visit her website HERE

More:
Parentsaffluenza
Newsletter Sign Up
Raise the kind of person you'd like to know
Subscribe to our parenting newsletter.
Successfully Subscribed!
Realness delivered to your inbox