While I obviously entertain elaborate daydreams about what having a serious boyfriend would be like (would we like, grocery shop together?!!), I also appreciate all the things that being perpetually single has afforded me.

First of all, I've probably saved several thousands of dollars over the last decade of my dating-permissible years by making zero boyfriend-related purchases. When you think about all the Christmas gifts, the movie tickets, the late night take-out, traveling to his family's house and special birthday dinners-- that probably adds up to a nice mid-sized sedan, or at least a fantastic new fall wardrobe from somewhere more high brow than your neighborhood TJ Maxx. Who's spending all that freed up cash on baking supplies and elaborate theme parties? The creative single gals like me, that's who.

Then there are all those awkward coming-of-age situations I've managed to avoid. I never had a straight date to a high school dance, squelching any performance anxiety over dirty dancing or post prom activities. I've never brought someone home to meet my parents and had to watch everyone make small talk while I worry about sleeping arrangements. All the time that my relatives would be asking me questions about my significant other is now allotted to me and just me, and all my selfish plans.

But maybe most importantly, being single all the time has allowed me to make decisions for myself without having to factor in another person. I could go to the college I wanted to without worrying about how it would affect some sad long distance relationship. I could make plans to study abroad without having to consider someone else's plans to study abroad. Moving to LA was easy because (1) I have wonderful parents and (2) there was no boyfriend to bounce the idea off of. My schedule and my life here isn't dependent on anyone else. Do I want to go to yoga after work and eat french fries for dinner? There is no one I have to mention this information to. I can pick up and go to Santa Barbara for the weekend, or stay up til 3 am making pralines. I can mingle at parties at my own pace. I can sleep on either side of the bed every single night.

But then of course there are the occasions when I realize that I'm missing out on certain perks of companionship. It would be really nice to have an extra set of hands coming back from the grocery store, or helping me clean up after all those elaborate theme parties. If Boyfriend had a good six inches on me, I could get rid of the step stool in my kitchen altogether. Bonding with someone to the extent of eating diner pancakes together in the middle of the night would be really fun, not to mention beneficial, as I'd have another body around to consult with for advice and reassurance about whether I am in fact too far from the curb and could possibly be ticketed.

I would really just like to make Boyfriend some cake. We'll see if I bait one before the end of the year. Stay tuned. 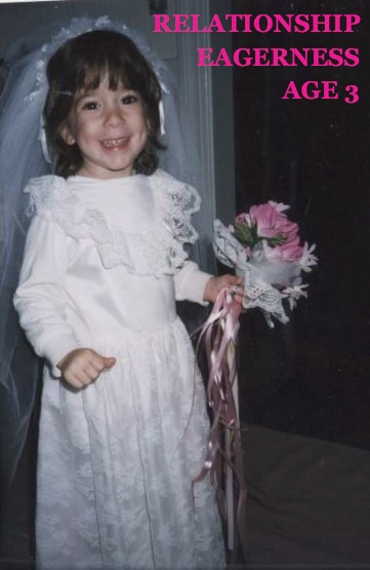 Author's note: no boyfriend was consulted in the writing of this blog post.