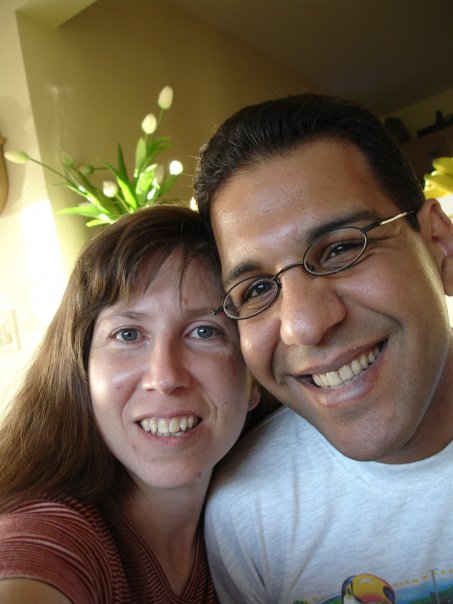 I am an American who resided in Egypt from February 2008 till June 2010. I left Egypt because I had a feeling something like this would happen soon. It was next to impossible to live there and not see what was going on around you. Not to see how frustrated and angry the average Egyptian was getting. I believe Tunisia was the straw that broke the camel's back but this was bound to happen in Egypt all on its own. I am married to an Egyptian and together we were residing in Old Maadi. He is still there.

On Wednesday he called me and said he was unable to remove any money from the ATM. He tried 5 different machines. He contacted his bank which is in the US and the bank confirmed nothing is wrong with his card or account. He managed to go to the grocery store and use his card at point of purchase to buy some food. We did not have contact most of Thursday and Friday due to the Internet and phone service being disrupted. When I spoke to my husband Thursday evening his mood was still positive. He was not really aware that the government had shut Internet off and even thought his Internet was off because he had failed to pay the bill on time. He said Egyptian TV was showing normal movies and shows. He managed to get a quick phone call to me on Friday morning (CST) by going to a stationary shop that had a landline with international dialing. He simply told me he was OK and that nothing was going on in Maadi.

I next heard from him Saturday morning at 7 am CST. His mood was entirely different. I could hear the fear in his voice. I could hear multiple gunshots in the background. He said sometimes the shots were extremely close, sometimes they were far. He had to hang up quickly saying he could smell tear gas and had to go. I managed to reach him by phone a few hours later. He told me everyone was out on the street in front of their buildings guarding it with sticks. Throughout this phone call I could hear more gunshots. He said that young boys on bicycles had organized neighborhood watches and were riding their bicycles throughout the neighborhood and passing along messages from people on other streets. He also said that many "suspicious" looking people were seen driving by in cars. At this point they are aware that the looting is being done by police thugs because the looters have guns and not many private citizens have guns. He had to end this phone call very quickly also. I am beside myself with worry. My husband and I are in the process of starting the immigration filing for him to immigrate to the US. However, he already has a valid travel visa to the US and told me he is seriously thinking of fleeing Egypt but is worried about leaving his father and sister behind. But without a way to get a ticket (you need Internet to buy one) and with the airlines suspending service we cannot even make any plans to evacuate him yet. He also said I am not a coward. He told me he just wants this life to be over. It must feel like a dream to him.

I am in shock and disbelief about what is happening there now. I am so proud of the Egyptian people and fully stand behind them and support them. I know that I am a typical spoiled American and complained a lot while living in Egypt about minor inconveniences like not being able to find Ranch dressing and a decent quality milk. I griped about the inefficiency of services, and the stress of daily life there. But honestly, I wish that I was there right now. I wish that I had stuck around long enough to take part in this historic event. I know that from a safety standpoint I am better off here.

As an American living in Mubarak's regime was easy. I was a "perpetual tourist". No matter I had been there for years, I was greeted on the streets with "welcome to Egypt" and "where are you from?" But the downside of this is that it was coming mostly from men who were not being genuine, but trying desperately to latch onto a western woman. As an American I was also expected to be automatically rich. I was charged more for services (taxis, entrance fees, etc.) The corruption is obvious once you step off the beaten path. I had visited the Cairo zoo once with an Egyptian friend. My friend paid for the entrance ticket at 2 LE each. Several months later, my son visited Egypt and I took him to the Zoo and was charged 50 LE for each ticket. I saw the ticket seller slide some of the money under a mat on the table and the rest went in the drawer. Things like this were common and frequent and quite frankly, make it a frustrating place to try to live. The electricity went out all the time sometimes for a few hours a day (we lived in a very old building with outdated electricity). There were frequent water outages.

I also witnessed much corruption within the police. My husband and I were once driving in Maadi and came upon a make-shift checkpoint. He was pulled over and had to pay the officer a bribe. When he looked at the ticket, it was actually a receipt for having a boot removed from an illegally parked car. The officers got their hands on some copies of these receipts and set up bogus check points as a way to make some extra money from bribes. I also feel that my husband was more frequently targeted for things like this because of his foreign wife. There was this constant assumption that I was rich.

I lived in Alex for 3 months from April 2008 to July 2008 and was attending the TEFL class there. The school would hire minibus drivers to transport us from our accommodation in Agami to the campus in Stanley, Alex. On numerous occassions we would witness our driver being pulled over and having to pay a bribe simply because he was driving a van full of Westerners.

I taught school briefly at a "prestigious" International School. There was corruption within these school systems. Parents paying money for their children to pass, schools charging upwards of 30,000 LE per year per child, yet paying it's Egyptian teachers low salaries. Bus drivers and teacher assistants were paid peanuts. I ended up getting fired, but I was fine with that decision.

I can't say my life in Egypt was all bad. Quite the contrary. I had a great time there. However, I am not the kind of person who can exist in the ex-pat bubble and not notice what's going on around me. One of my passions is animals and I became active with a non-profit called ESMA -- Egyptian Society for Mercy to Animals. I am still trying to remain active in raising awareness about the poor treatment of animals in Egypt. Government poisonings, corrupt vets. By June of 2010 I had enough. And I had a very bad feeling that the country was on the verge of this revolution.

It breaks my heart to watch the coverage now on Al Jazeera and see all the areas of Cairo that I know so well and spent some great times being destroyed. One of my favorite meeting places downtown was Cilantro Cafe by the old AUC building. I sat many times on the balcony of the cafe sipping a latte and chatting with a friend overlooking Midan Tahrir. A few days ago, I saw a post on Twitter that security forces had grabbed a protester and were beating him in the alley next to Hardees. That's when it really it home for me. It became surreal to think that not long ago I was standing in that very spot on that very street and life was so different.

I flew back to Egypt in October 2010 to get my dogs and bring them back to the US. While sitting in a coffee shop in Mohandiseen I witnessed a group of 20 plainclothes policeman enter the cafe and pick a man up out of his chair and remove him from the cafe. I watched as they surrounded him in a tight group and walked him accross the street and out of view. Other stunned patrons in the shop fell silent. An Egyptian man sitting next to me leaned over and said one word. POLICE. Even when I was there in October I could feel a spark in the air. I could feel that this revolution was very close. I know that it had to happen.

But it does not make it any easier for those of us that still have loved ones there. I am really beside myself now worried about my husband. He has no money, no access to money as long as ATM remains down. He is eventually going to run out of food and with all the stores being looted and burned, not to mention the random gunshots he keeps hearing, it will be difficult for him to get more food. I am grateful the phone service has been turned back on at least I am able to keep in touch in some way now as unsettling as it may be to hear gunshots while I'm on the phone with him. I am spending my time glued to Al Jazeera English and Twitter reposting and reposting and cross posting on Facebook. I want the American people to know that this revolution is not about Islamists. It is not about the price of gas. To quote something my husband said to me this morning with a slight quiver in his voice: This is a revolution of hungry people. This is the truth.

I used to write a blog while I was living in Egypt. I am really not a political blogger so mine was filled with a lot of fluff pieces. My target audience was American women who may be considering marrying Egyptian men and moving to Egypt -- social issues. I self-censored myself out of precaution. I watched what I said trying not to paint too negative a picture of Egypt just in case I was being watched. If people would contact me offline then it was a different story. But now that I am not in Egypt anymore I am not going to self-censor myself. I just have not had time to update the blog. You can see it here.

American, Married to an Egyptian