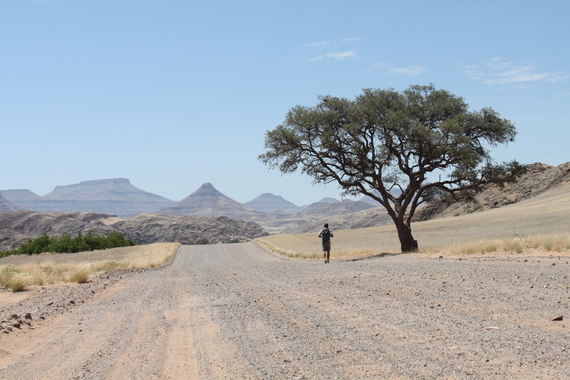 Have you considered changing careers?

A startup doesn't have a great origin story these days unless it had to pivot. It seems every founder has a tale of heading confidently in one direction with their new company, only to realize that their business plan was based on a lot of bad assumptions and just isn't working out. At some point they are faced with a difficult decision. Do we admit failure and quit? Do we push harder? Invest more money? Or do we pivot? Do we make a significant change in our core offering?

From one perspective this is a real crisis for most young companies and their founders. From another, this is the genesis story.

YouTube's first offering was a video dating site. No one used it. But the process of building it meant that they knew how to put videos online in 2005. They decided to drop the dating and keep videos. It worked out pretty well.

Yelp started out as a way to recommend things to friends; a social tool for people who already knew one another. The reviews came unexpectedly. End users added them for fun. Abandoning the primacy of friend-based recommendations and moving full steam towards ratings and reviews is why they are a multi-billion dollar company.

The Flickr founders were working on a photo sharing feature for their online role playing Game NeverEnding when they realized that something much more interesting was emerging. Their video game wasn't becoming profitable, but in 2003 portable cameras were showing up everywhere and there weren't any great solutions for how to share those photos online. The company executed a pivot, dropping their game and focusing their energy on photos.

In 2004, two guys were trying to sell their snowboards online. In order to do so they needed an online shopping cart. The result, post-pivot, is Shopify. It has nothing to do with snowboards, but does have over 200,000 merchants signed up.

Had any of these founders clamped down and stuck with their original company they likely would have failed. Instead, each are not only millionaires, but modern day business success stories being told online and in MBA classrooms.

Every day I talk with people who have realized that they are in the wrong industry. Most people either chose their career path too young, or never felt like they chose it at all. We stumble forward through high school, college and jumping at our first real paychecks only to realize along the way that what seemed reasonable isn't all that exciting for us. It may be working financially, but emotionally the vast majority of the American workforce is "disengaged or actively disengaged."

Every one of the clients I coach thinks that they are too far into their career to change now. Fifty-five-year-olds think that they are too entrenched in their role to do anything else, but so do 25-year-olds! They and everyone in between massively discount the usefulness of the skills and experiences they have been picking up along the way and how they can be applied to other areas.

A pivot is not about hitting the reset button on life. We don't wipe the hard drive clean of all of our memories. A pivot is about changing directions. We couldn't pivot if we hadn't put years of effort into getting where we are. In many ways, the longer you have been working in your chosen career the more material you have to pivot with.

Then there are the hyper-specific skills that you pick up in only your industry. They make you uniquely qualified to do many other things. In the process of developing expertise in any field we develop not only the capacity for excellence and hard work, but a unique perspective on the marketplace that by default, no one else has. Those who pivot see this not as being boxed in, but as a personalized platform to stand upon.

My next door neighbor growing up left his executive role at Bose to become an acupuncturist after a great experience he had visiting one. He now runs his own center. One of my clients left project management at a tech company to become an interior designer. Her ability to oversee complex projects made her an instant asset in her first role. Another left photography to become a futurist. He has cultivated an amazing image for himself! One is in the process of leaving corporate training to become a social worker while another is leaving ticket sales to become a social worker. Both of them have overcome unique challenges in their personal life and have an immense amount to offer others.

It would be easy to argue that in my tenure installing, designing and selling security systems to large corporations and government agencies I learned nothing about how to be an executive coach. The opposite is true. I succeeded in security because I was an expert at navigating corporate bureaucracy. I could get the IT department to work with HR and Facilities on a project with no clear ROI. In the process, I talked with hundreds upon hundreds of disgruntled employees. I witnessed the gaps in organizational systems and the impact that it has on corporate productivity and human happiness. I sat down with janitors and C-suite executives and asked them about their lives. I built personal connections that helped me get my job done, but also gave me lasting insights into why so many people are so unhappy in their careers today. In the process I uncovered my pivot. I realized that while I was good at security, I was great at releasing trapped energy and helping people get unstuck.

The key to a pivot is twofold. We must admit what is not working and then we must be willing to try new things. I'm telling you neat little stories. Every one of these stories has their hiccups. Most companies explored many directions for varying amounts of time before settling on the 'successful direction' that we now know them for. What makes a pivot possible is the willingness to see 'failure' as a learning opportunity. Every effort, no matter how initially misguided, functions as a data collecting experiment. The more we fail, the wiser we get. Most of us just spend our lives digging in our heels and avoiding the data. A pivot represents something that I see in all successful people, a bias towards action with an openness to admitting mistakes. Those who fail early and fail often create a feedback loop that makes them more intelligent with every step. Those who stubbornly stay the course miss a thousand opportunities to course correct.