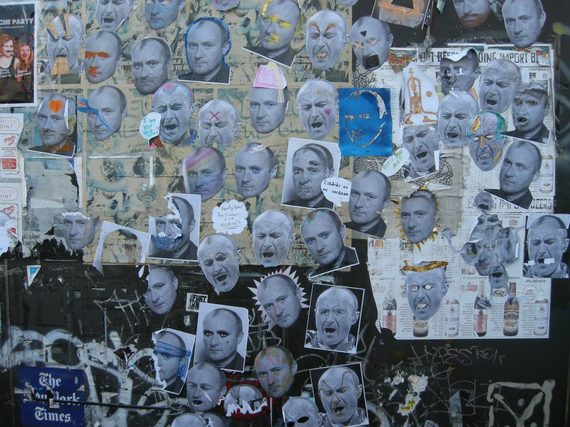 So Phil Collins has been big in the news the past few weeks. Rolling Stone magazine wrote that the former Genesis drummer and mega-selling solo artist would be coming out of retirement. He was planning both a new album and a world tour. Fans rejoiced and awaited further developments in anticipation. Internet trolls likewise rejoiced, sharpening their fangs and letting loose with snarky comments of varying degrees of intelligence.

Immediately, professional and armchair critics alike were writing opinion pieces condemning Collins and his intention to return to the spotlight. Some anti-fans began online petitions, including one on change.org petitioning the United Nations, to put a stop to his comeback plans.

Expectedly, many fans of Phil Collins and Genesis reacted with outrage. Comments on Genesis fan sites regarding the petitions frequently consisted of basic name calling ("Philthy rats" was kind of a cute one), and your standard "get a life" and "don't feed the trolls" comments. To an outside observer, it was probably considerably more hubbub than such a childish joke warranted, but then again, I understand that nobody likes to hear the old "your favorite band sucks" thing.

Eventually, as each new news website published a story on the petitions, and more people got pissed off, and more people made childish comments, the joke kind of snowballed beyond its own merit. Whether in response to the anger from irate fans, or simply incredulous that things got as far as they did, the creator of the change.org petition ended the campaign, noting that it was "low-brow satire, a farcical jest... shared with some friends" that got out of control.

The whole time from Phil's initial announcement to the petition being taken down was a little more than a week.

Even as a fan of Phil Collins and Genesis, it was hard for me not to be amused by all of this. (I may add that almost immediately after the Rolling Store article came out, a statement on a Genesis fan website, supposedly from Phil Collins' management, stated that, in spite of Phil's enthusiastic statements, there were no concrete future plans in regards to touring and recording. If true, that would, of course, make the whole point moot.) At the same time, I understand that Phil Collins fans feel that they are constantly on the defensive. Phil has been a favorite target of critical and public scorn for years. It may not be as easy for fans to look at this whole situation philosophically, no pun intended.

Indeed, there was nothing funny about the petition itself. The only funny thing was that the drama it provoked was so out of proportion to the effort that went into making it. The mission statement was simplistic and trite, and frankly, making fun of Phil is just so passé. Hardcore fans were offended by the sentiment; I was offended that this childish gesture was supposed to pass as satire.

The petition was too easy. Too easy to make, and too easy to sign. Do you think that it would have gained nearly as much traction it were an actual letter writing campaign? Something that actually involved standing up? No, the whole thing was an exercise in casual snideness (although it is the "exercise" equivalent of watching a yoga video while sitting on the couch eating Pringles).

I don't blame the guy who made it. It was good for a cheap laugh at first, and for all I know, he was being honest when he asserted that it was a private joke that got out of control. Frankly, I agree with him in wondering how it was decided to be newsworthy. There were very few signatures when articles about it started appearing, and when the petition was shut down, it had less than four thousand, a pretty insignificant amount considering that Phil Collins has sold hundreds of millions of albums.

As for the bloggers and newspaper columnists who have also weighed in on the issue... well, as someone who frequently writes on the subject of popular (and un-popular) music and musicians, I cannot be too upset at people who write pieces that are critical of artists that I enjoy or with whom I feel a kinship (you may say that using the word kinship is a bit extreme, but I would argue intense fandom is considerably more than mere enjoyment and aesthetic opinion, which is largely why these arguments get so heated). I cannot even blame them for pieces in which they apparently attack with vicious glee. I, myself, have occasionally found it fun to rail against my "favorite aversions" (to use the term I believe to be coined by legendary rock writer Lester Bangs). I couldn't, and wouldn't even dream of telling these guys to "get a life" and "stop trash talking artists that many people enjoy." Writers write, critics critique, and that's how it is. That said, we should be allowed to expect sensible arguments and a certain level of wit. A good amount of the criticism of Phil Collins of late has all sounded the same: "My parents played 'Sussudio' over and over in the back of the mini-van when I was a kid, so I hate Phil Collins, even though I heard he used to be a good drummer, but he is responsible for all the evil of the 1980s and he must be thwarted."

Satire should never be lazy and given the fact that Phil Collins was basically recognized to be an easy target thirty years ago, I personally believe that if you want to go after him now, you should at least come up with something new rather than regurgitate arguments that were made in 1987. (Again, I have gone after easy targets myself in the past, but I like to think that when I do so, I still always try to take careful aim.)

Though I disagreed with it, one of the more entertaining pieces I read, appearing in the New York Post, implicitly made the argument that letting up on Phil Collins would risk us turning into our parents, and warned its readers that: "Nostalgia is not to be trusted. Nothing is as good as you remember it -- but sometimes it can be a hell of a lot worse."

In response, I will make the argument that the Phil Collins hate is its own kind of indulgence in nostalgia. Let's face it, this backlash is completely unnecessary. There is absolutely no way in this day and age that Phil will be as huge a presence on the music scene as he was thirty years ago. His music will not be as inescapable. If you want to hear his new music (should he actually make it), you may have to actually look for it rather than wait for it to be crammed down your throat. But I understand that people still get a laugh out of ripping on Phil. It was a favorite pastime of the '80s. His announcement that he was coming out of retirement was almost like going to a friend's house and finding that he has a working Atari 2600: You get to play your favorite childhood games again. However, those games will never be as good as they were when we were kids. Likewise, the Phil Collins loathing game is even older and more worn out than his music is criticized for being.

Personally, I believe that a lot of Phil's music is better than many remember it being. But don't worry, nobody's going to make you listen.