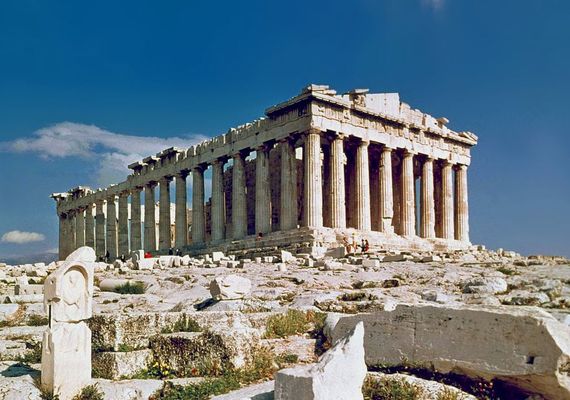 "Indeed it has been said that democracy is the worst form of government except for all those other forms that have been tried from time to time," argued Britain's legendary prime minister, Winston Churchill. The implosion of the Soviet Empire about half a century later, on the heels of Gorbachev's failure to balance systemic reform with regime preservation, seemingly reinforced Churchill's famous dictum, paving the way for Francis Fukuyama to triumphantly declare "the end of history."

As a statesman, who was unceremoniously dismissed from power after ably shepherding Britain out of the clutch of Nazi onslaught, Churchill was deeply aware of the idiosyncrasies of democratic politics, even in the world's oldest parliament. As a former policy-maker and student of comparative politics, Fukuyama was well aware of the appeal of anti-democratic sentiments across the world, especially in the Global South, and warned against the political apathy and hedonism of 'the last man' in modern democratic societies.

Far from arguing that democracy is a flawless mechanism of social organization, Churchill and Fukuyama, however, were simply arguing that democratic polities represent the least imperfect system -- the closest we could get to realizing G.W.F. Hegel's notion of a world-historical state. Despite all its imperfections, once democracies mature and a civic culture takes roots, it becomes, in the words of political scientists Juan J. Linz and Alfred C. Stepan, "the only game in town."

Combining power with purpose, the United States -- the world's oldest modern democracy -- has long presented itself as the beacon of freedom. And its former colony, the Philippines, was probably the first laboratory of experimentation with exporting American-style democracy -- marked by separation of powers, weak bureaucracy, and elite-dominated legislature -- to the "Orient."

Enthralled by the doctrine of Manifest Destiny, President William McKinley was bent on a fulfilling a colonial project to "educate the Filipinos, and uplift and civilize and Christianize them," which obviously ignored the obvious fact that a large number of Filipinos were already Catholics, while a full-fledged independence movement -- the first in Asia -- was feverishly sweeping across the nation in the late-19th century.

Yet today, both nations are struggling against growing voter dissatisfaction and skepticism with democratic politics. While political outsiders such as Donald Trump and Ben Carson have captured the imagination of Republicans in the United States, the Philippines, in turn, is experiencing its own version of "autocratic nostalgia", with a significant amount of voters extolling the virtues of
'iron-fisted leadership" and embracing strongmen, who promise to introduce 'discipline' to the country. What went wrong?

To be fair, democratic skepticism is not unique to the U.S. and its former Asian colony. In Democracy in Retreat, Joshua Kurlantzick chronicles half-a-decade of declining political freedom across the world, the longest in four decades. While most countries around the world can boast about holding elections, majority of them are defective or semi-free nations, which struggle to hold fair and free elections and fall way short of safeguarding the basic civil liberties and political rights of the majority of their citizens.

In the Arab world, which was momentarily gripped by the prospect of democratic transformation, democratic revolutions have given way to mayhem, civil war, and outright cynicism. Loyalist of Ali Abdullah Saleh, the former Yemeni strongman, have sought to undermine (with considerable success) the post-revolutionary regime of Abd-Rabbu Mansour Hadi, while many ordinary citizens in Egypt, fed up with deteriorating security and economic uncertainty, have nostalgically looked back to the days of relative stability under Hosni Mubarak. Syria is consumed by an all-out civil war, with no end in sight.

Only Tunisia, the cradle of the Arab uprisings, offers some promise of democratic transformation. No wonder then, this year's Nobel Peace Prize was awarded to the National Dialogue Quartet, a civil society group which played a crucial role in brokering a democratic consensus between secular and Islamist forces in the country. But Tunisia is also racked by security threats and economic uncertainty.

The world, in the words of Larry Diamond, a leading authority on democratization studies, is experiencing a "democratic recession". As Diamond argues: "In the thirty years following [Portugal's] Carnation Revolution, democracy expanded around the world like never before. But around 2006 it came to a halt. Though the total number of democracies has not sharply declined, space for civil society is shrinking. Freedom and democracy are in recession."

Meanwhile, autocratic regimes such as Singapore -- the "showcase of efficient authoritarianism" as Pankaj Mishra put it -- have attracted admirers across the world, thanks to their impeccable economic record, reputation for rule of law, and meritocratic leadership, especially when compared to liberal democracies in Latin America, Africa and South Asia. And one can't deny that the economic foundations of Newly-Industrialized Countries (NICs) such as South Korea and Taiwan were laid down prior to their democratic revolution in the mid-1980s.

The success of few autocratic regimes in East Asia dangerously conceals the failure of their countless peers in other parts of the world, particularly in the Middle East and Africa, where tyrannical rule has gone hand in hand with economic sclerosis. In Political Order and Political Decay, Fukuyama shows how the success of autocratic regimes in East Asia has been more a function of their strong Confucian tradition of state-building and meritocratic leadership than the centralization of power in the hands of a repressive leadership, which has produced disasters in other settings.

No wonder then, even after their democratic transition, Confucian nations such as South Korea, Taiwan, and Japan have managed to secure prosperity for the majority of their citizens. Nonetheless, one can't deny that the "Singapore model" of meritocratic leadership stands in stark contrast to the populist mediocrity of politicians in many liberal democracies, particularly in places such as the United States and the Philippines.

On the surface, the U.S. and the Philippines are too different to be compared. One is a mature democracy with one of the world's wealthiest populations. The other is a poverty-stricken nation, which often struggles to even hold credible elections, as was the case in 2004 under the Gloria Macapagal-Arroyo administration. Upon a closer inspection, it seems the apple doesn't fall far from the tree. In many ways, both countries are outwardly democratic nations that are captured by an oligarchy.

That the Philippines is an oligarchy should come as no surprise. As Benedict Anderson shows in an essay for London Review of Books, a fairly coherent set of landowners and big businesses have dominated the country since America's Gilded Age in the 19th century. Today, about 178 political dynasties dominate 73 out of a total of 80 provinces. The vast majority of legislators (70 percent) hail from political dynasties, dwarfing even comparable Latin American countries like and Mexico (40 percent) and Argentina (10 percent). Thanks to the advent of Super PACs, and decades of concentrated growth, the U.S. is following in the footsteps of its former colony (so one can say the tree doesn't fall far from its apples).

In a study by Princeton University scholars, entitled "Testing Theories of American Politics: Elites, Interest Groups, and Average Citizens", the authors conclude that the U.S. is effectively an oligarchy, where "economic elites and organized groups representing business interests have substantial independent impacts on US government policy, while average citizens and mass-based interest groups have little or no independent influence [author's emphasis]."

In terms of campaign financing, according to investigative journalists from The New York Times, an "overwhelmingly white, rich, older and male" group is beginning to play an outsized role, with only 158 families (contributing $176 million in the first phase of the campaign) responsible for almost half of all the seed money raised for presidential candidates of both parties.

The growing role of private funders has coincided with the decline of traditional political parties, which for long served as a crucial transmission belt for reflecting diverse public sentiments and reliable fund-raising machinery for candidates, who supported a fairly coherent set of policies and stood for specific set of principles and values. In the U.S., a strong plurality of voters no longer identify with either of the two major parties, thanks to the growing ideological polarization between the Republicans and Democrats, which has made the federal government at times extremely dysfunctional.

As far as the Philippines is concerned, it hardly ever had real mainstream political parties that could boast large-scale membership, ideological coherence, specific policy commitments and grass roots support. Practically all presidential candidates in the Southeast Asian country can be classified as centrists, with no significant ideological differentiation.

The country's upcoming presidential and local elections, the same year as the U.S., is reaching a new level of strangeness, with three members of the same party running for vice-presidency, while a senatorial candidate has suggested that he will run as guest candidate on the ticket of three different political parties. A leading vice-presidential candidate had no qualms with basically claiming that since he was not representing any specific party, he is instead running under "Partido Pilipinas" (Filipino people). Filipino politicians are essentially dispensing with any pretension to modern party-based politics.

Interestingly, the slate of presidential candidates in the Philippines, however, hardly resembles the buffoonish roster of Republican hopefuls, which have captured the global imagination. All of the four Filipino presidential candidates boast strong educational credentials and haven't uttered anything even remotely akin to the outrageous statements of leading candidates in the Republican primaries. (Although the Southeast Asian country can boast a wide array of very colorful nuisance candidates, who are expected to be disqualified before enjoying the same limelight as their peers in the Republican party that are, quite astonishingly, now leading the race.)

A relatively inexperienced politician, Senator Grace Poe, is currently leading the presidential race in the Philippines, exposing lingering distrust with political insiders. Instead of banking on her track record and (limited) experience in office, she is leveraging her squeaky clean image, her pedigree as the daughter of the late movie star and presidential candidate Fernando Poe, and perceived independence from the ruling establishment.

Meanwhile, the only son of the former dictator, Ferdinand Marcos, is a top contender for the vice-presidency -- which, unlike in the U.S., is separately contested from the office of presidency -- even if he has refused to offer a full-hearted apology for his father's crimes during the two-decades-long martial law, which ended after the 1986 "People Power" Revolution. America's dysfunctional politics, meanwhile, has convinced one in six Americans to flirt with the idea of "having the army rule", according to the World Values Survey.

In both the Philippines and the U.S., personality-based politics is dominating the electoral landscape, favoring political outsiders who have astutely tapped into popular frustration with business-as-usual democracy. To many, autocratic rule doesn't seem to be as frightening as it used to be. The physics of politics has dramatically changed, and, by a strange twist of history, the U.S. now increasingly resembles its former colony, transforming into a fragile democracy threatened by oligarchic takeover. What is at stake is no less than the survival of the least imperfect political system in human history.