Hilltop forts, camels climbing sand dunes, mustached men in turbans, women in colorful saris, religious temples, are all a part of the many photographic possibilities of Rajasthan, India.

The word Rajasthan means "land of kings." Rajasthan is in west India and shares a border with Pakistan. The Thar Desert is the primary geographic feature. I went to the cities of Jaipur, Jaisalmer, Udaipur, Jodhpur, Rohetgarh, Dechu, and into the desert.

These are my photographs. 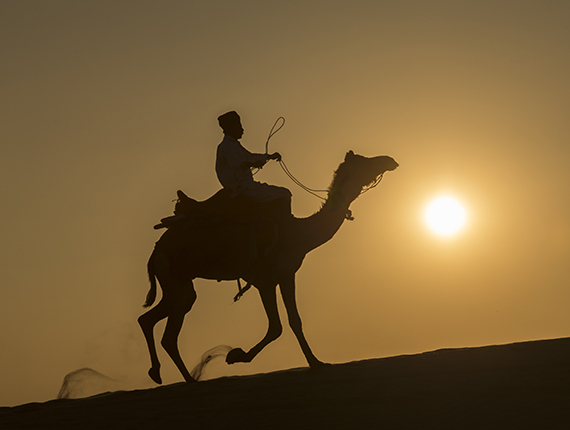 Camel Walks Across a Dune in the Thar Desert 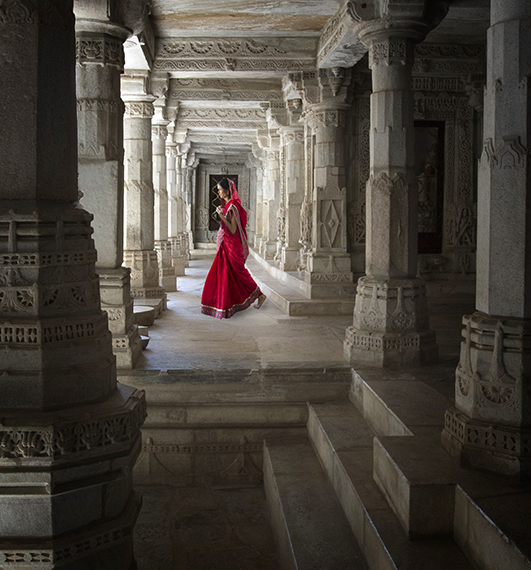 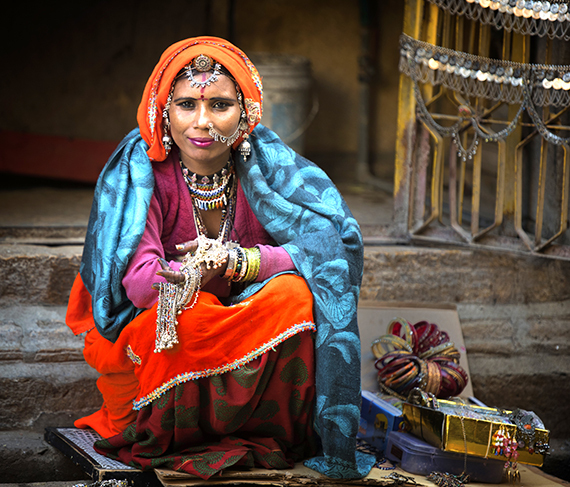 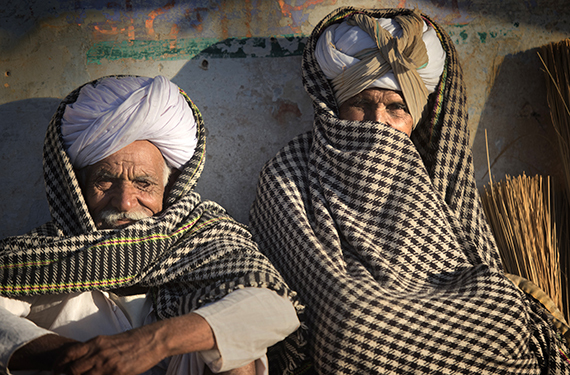 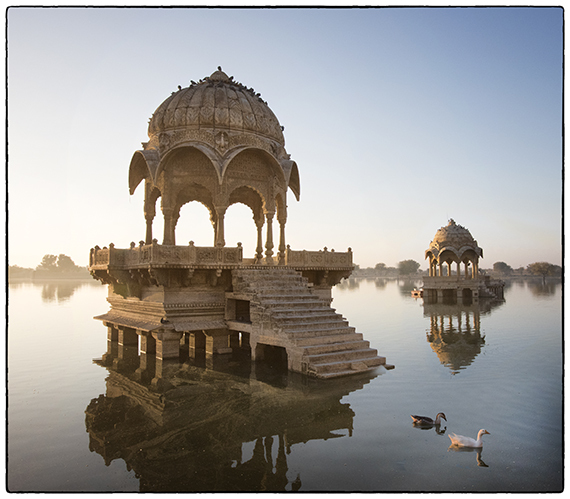 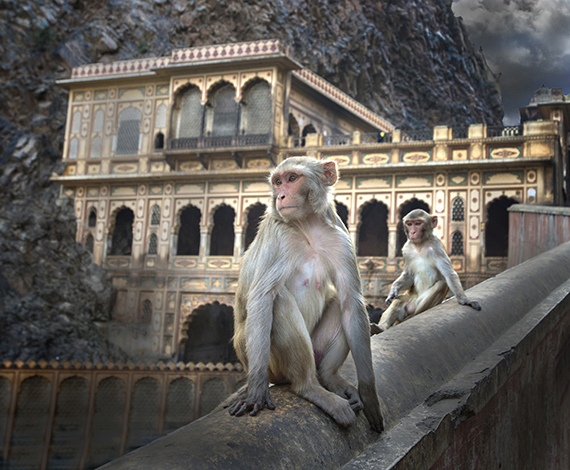 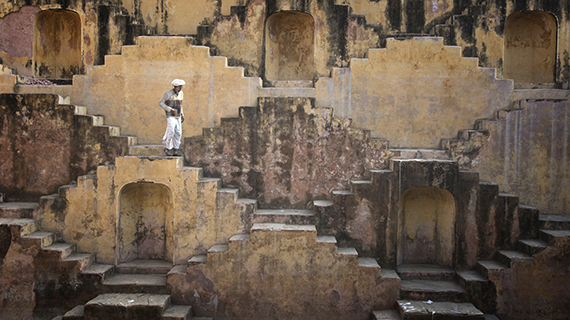 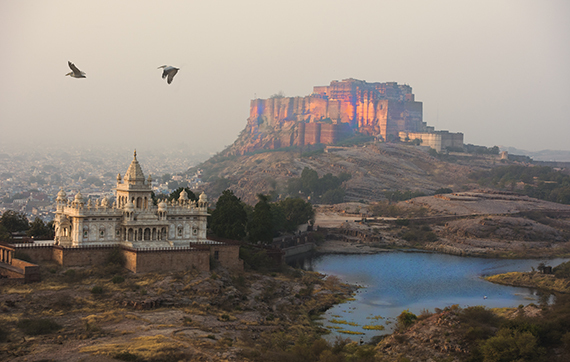 In the Upper Right is the Massive Hill Fort at Jodhpur 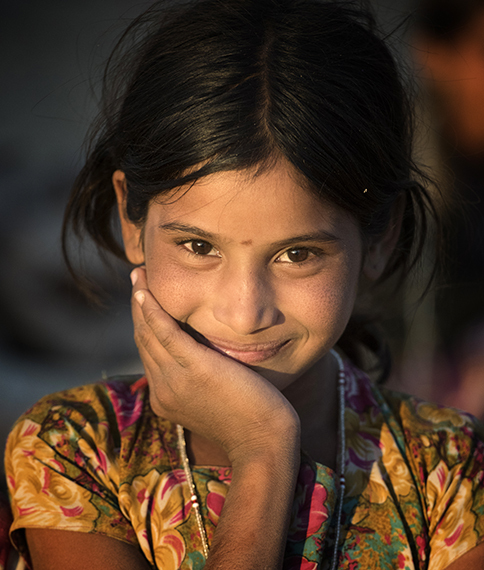 Taken at sunset in a small village near Dechu. 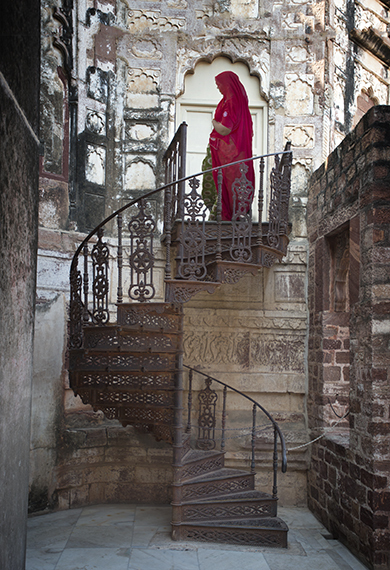 Spiral Staircase at the Hill Fort in Jodhpur 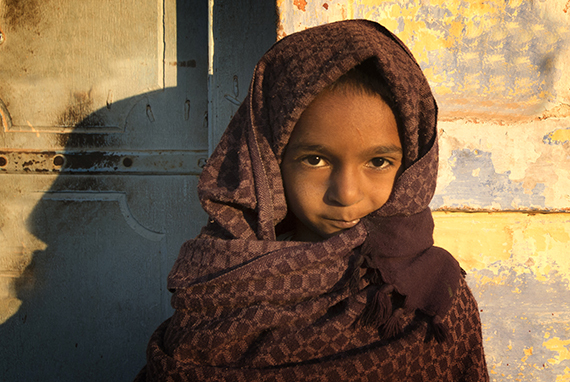 Another Cold Morning in Khejarla 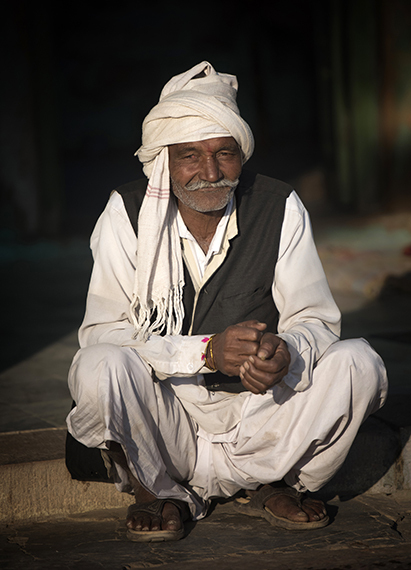 Taken at Sunrise in Robetgarh 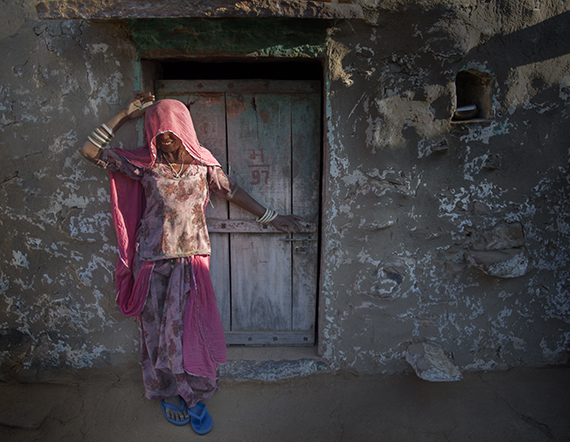 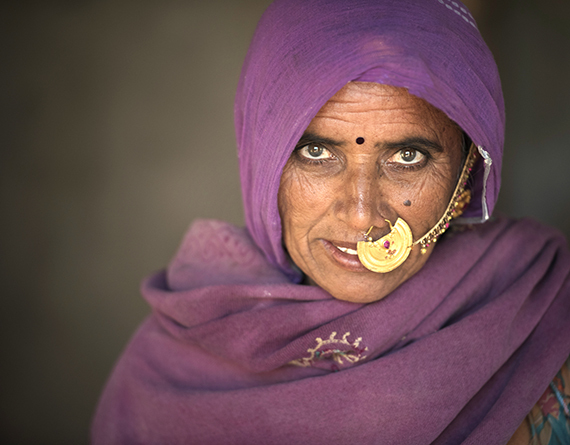 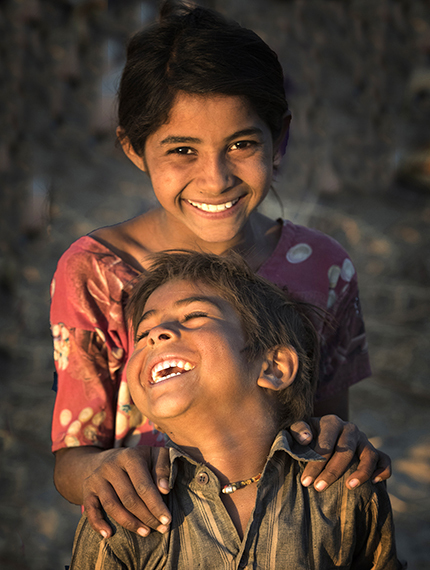 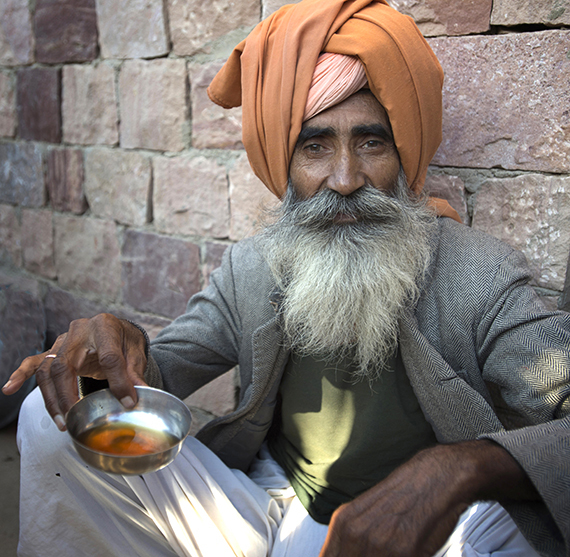 Drinking an Opium Extract Near Dechu 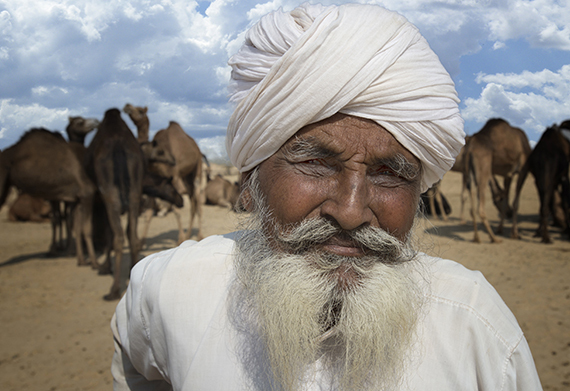 Camel Herder on the Road to Jaisalmer 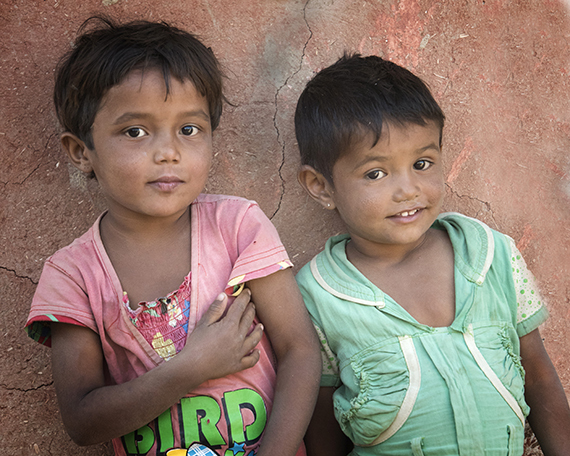 The two children pictured above are members of the "untouchable" class in the Hindu caste system of India. This means that because their ancestors took jobs no one else wanted they will be treated poorly their entire lives by the majority of the Indian population they encounter. They will be put at the back of classrooms and not allowed to eat or play with other children. If they wander into the wrong neighborhood they will be told to leave. There will be limits on the jobs they are allowed to take and the people they are allowed to marry. Every day of their lives will be different. Although discrimination based on the caste system has been officially outlawed by the Constitution of India, it is alive and well in the countryside of India. To someone living in a different culture this seems incredibly unfair to these children.

A special thanks to my guide Digvijay Singh Jagat (DV) whose knowledge of Rajasthan helped me get these photographs.