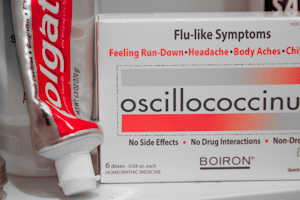 You go to a doctor. The doctor gives you a pill. You get better. Then you find out the doctor gave you a sugar pill and you got better anyway. There are two reasons this can happen. The first is because you might have gotten better without bothering to go to the doctor at all. The second is called the Placebo Effect. Many scientists believe it is what makes homeopathy and herbal cures work, and it has some folks in the UK pretty ticked off.

On January 30, a group called 10:23 is organizing an event to protest an English drug store chain's decision to sell homeopathic remedies. Boing Boing carried the story that 300 unbelievers across the UK are each planning to swallow an entire bottle of homeopathic pills. It's a mass "overdose" intended to show that homeopathic remedies are nothing but sugar pills and fake medicine. The event should be interesting, particularly if any of the protesters go into a sugar-induced coma.

Homeopathy is based on three central ideas: First, the Law of Similars: whatever causes your symptoms can also cure them. If you can't sleep, try caffeine. Second, the Law of Infinitesimals. When you dilute a cure in water, it gets stronger. Third, the Law of Succussion, which states that each time you dilute your cure in water you are to tap the bottle to "potentize" it. Homeopaths believe this allows the water to retain the memory or vibration of the cure.

If you believe in homeopathy, this information is unbearably exciting. If you don't, it sounds like superstition and "magik" from 1796, which is when homeopathy was invented by one Samuel Hahnemann.

But what if it's not about what's in the pills at all? What if their potency is predicated upon the intent of the user, the mystique surrounding the pills, or the package they came in? In 1955, an anesthesiologist named Henry Knowles Beecher said that a drug or doctor's success is due to the patient's expectation of a desired outcome. His research suggested that more than 30 percent of the time, patients felt better when they believed the treatment was going to make them feel better. Subsequent researchers say Beecher's research was flawed, but there's no denying that when people in white coats and medical degrees on the wall say reassuring words, people feel better. It also works when the people are wearing feathers and a loin cloth if that's the cultural norm of what a healer looks like.

Expectations are powerful: Reference a puzzling study from the 1920s. A research team wanted to know if making factory lighting brighter would improve worker productivity. It did. But then worker productivity also improved when researchers made the lighting dimmer. The secret? The workers came to expect that any change would make them more productive, no matter whether they could see or were working in the dark.

We're still in the dark regarding the Placebo Effect. It might prove to be the real mechanism for understanding healing energy based on intention and belief. It might be a vestige of old superstitions and "magik." It certainly reveals a lot about how people heal.

More:
healthy livinghomeopathic remediesHealthhomeopathyalternative medicine
Newsletter Sign Up
The Morning Email
Wake up to the day's most important news.
Successfully Subscribed!
Realness delivered to your inbox