What was once one of the Chicago area's foremost shopping palaces -- and was among the first malls in America -- closed its doors last week after being in foreclosure since 2011.

The stores inside Plaza mall in Evergreen Park, Ill., all closed for business for good on May 31, 61 years since the massive mall first opened its doors to the public as an open-air shopping center in 1952. The mall was converted to an indoor shopping center in 1966, making it Chicagoland's first such mall, according to the Plaza's website.

According to Patch, the mall's decline was hastened by a 2007 fire, followed by the recession which prompted the loss of many of its tenants. The mall is expected to be demolished and redeveloped into an open-air "human life center" with one big box anchor tenant and a number of smaller stores.

Ahead of the mall's shuttering, Chicago photographer "Katherine of Chicago" took some shots capturing the nearly-empty mall in its final days of operation.

Below are some of Katherine's shots -- check out her Flickr stream for more.

Chicago The Plaza Best Of Chicago 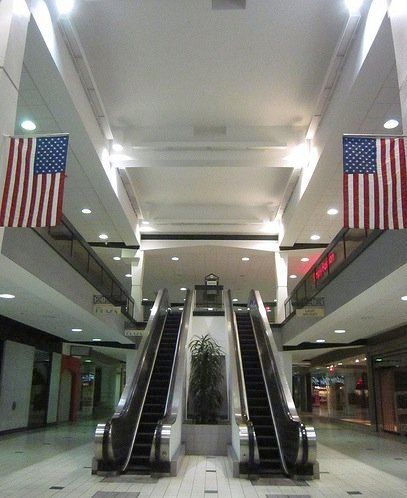