The war in Syria - considered the humanitarian crisis of the 21st century - is now in its fifth year. It continues to dismantle the country and force millions to seek refuge in neighboring countries. Up to 2.7 million refugees have entered Turkey - the largest Syrian refugee population of any host country. Though women and girls make up more than 55% of the total Syrian refugee population in Turkey, there has been little research on--or response to--the gender-specific impacts of forceful migration.

As many Syrian men have fled to Europe or joined the combat, women have filled the traditionally male role of head of household. Shifting gender roles have incited violence in refugee communities and gender-based violence has become a significant feature of the conflict. More than half of female refugees need psychological services and have experienced intimate partner violence, sexual violence, or forced or early marriage. Most Syrian children live outside of refugee camps in Turkey, where only 25 percent of them attend school--heightening the risk of early marriage and sexual exploitation for Syrian girls.

Although Turkey has contributed over $5 billion to assuage the refugee crisis, there has been little effort to ensure refugees' rights, and even less attention on the gender-specific issues that female refugees face. Humanitarian assistance is officially provided to only 10 percent of refugees at government-run camps, while outside the camps non-governmental organizations (NGOs) attempt to reach the majority of refugees living in urban areas without support. Strict regulations dictate NGOs response, making it difficult for them to work with refugees and, in turn, slowing down service provision for survivors of gender-based violence.

Under the assumption that the war would end and refugees would return to Syria, Turkey has treated refugees as "guests" and denied them employment and educational opportunities - which for many women has increased their vulnerability to gender-based violence. Syrian women report distress over their "guest" status and unstable lives in Turkey. One study finds that post-traumatic stress disorder (PTSD) is an important mental health issue prevalent among female refugees in Turkey.

The humanitarian response in Turkey has primarily focused on emergency response and immediate needs; few NGOs target groups with particular needs such as disabled persons, LGBT persons, or women. Now that the majority of refugees in Turkey are no longer in a state of emergency and it has become apparent that they may stay permanently, Turkey needs to devise a long-term solution that will ensure the realization of refugees' fundamental rights.

In January 2016, the Turkish government announced the release of a work permit that would allow refugees to work legally. Though this amended labor law is a step in the right direction, it should be followed by a comprehensive integration plan that prioritizes the needs of women and girls to effectively combat gender-based violence by addressing the root causes. An integration phase should involve language courses, job training, social preparation and any knowledge or skills-training that will facilitate the integration of refugees into Turkish society.

A gender-responsive plan that prepares refugees to integrate into Turkish society and removes barriers that inhibit their freedom of movement and the right to work will be the most durable solution for refugees experiencing gender discrimination. An integration plan will provide female refugees with self-reliance and the ability to access the rights that will allow them to support themselves and their families. Ensuring that all Syrian children are in school is one of the most effective ways to stop child marriage. A gender-responsive integration plan should come in parallel with other interventions to combat gender-based violence among refugees, including expanding multi-sectoral service centers and promoting gender sensitivity within the existing humanitarian response.

Given that refugees' social structures have been destroyed and that women make up the majority of displaced Syrians, female refugees will play an important role in overcoming many of the challenges they face in the coming years. The international community, together with the Turkish government, should focus on expanding refugees' access to appropriate and quality services in addition to developing a gender-sensitive integration framework. This will allow Syrian refugees to overcome key challenges and regain a sense of humanity and normalcy in their lives. The resilience of female refugees depends on the opportunities they receive to create sustainable and safe communities for their families in Turkey, with the hope of eventually rebuilding Syria. 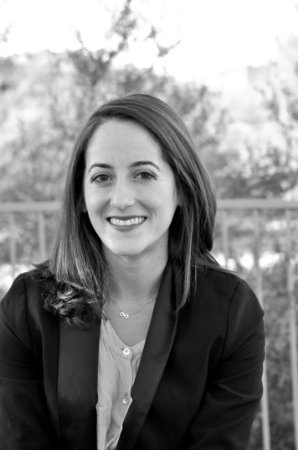 Andrea Eisinberg graduated from the Heller School for Social Policy and Management in May 2016 with a Master of Sustainable International Development degree. She has worked on gender equality, human rights and youth issues at NGOs and the UN in three continents. This article was adapted from her Master's paper on how UN Women could leverage its capacity to support female refugees in Turkey based on her 6-month practicum with UN Women in Istanbul, Turkey. She can be contacted at andreaeisinberg@gmail.com.