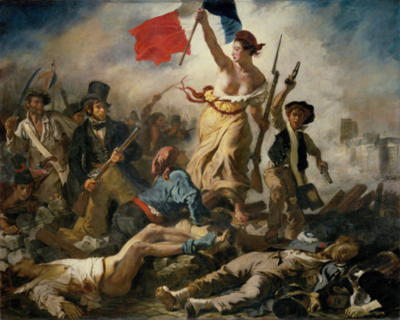 The Rasmussen polling company recently issued a bulletin headlined "A lot of Americans have hard feelings after last November's presidential election." This is not a surprise but it is good to have it quantified:

"A new Rasmussen Reports national telephone and online survey finds that 40% of Likely U.S. Voters think the election has negatively affected their personal relationship with a friend or family member.
...
"Fifty-four percent (54%) of voters who Strongly Disapprove of the job President Trump is doing say the election has hurt a personal relationship. Just 35% of those who Strongly Approve of Trump's job performance agree.

"Seventy-seven percent (77%) of all voters now think Americans today are less tolerant of each other's political opinions than they were in the past. That's up from 70% in November. Voters were last this pessimistic just weeks before the 2012 presidential election. Only 11% think Americans are more tolerant of each other's views than in the past, while 10% think the level of tolerance is about the same."
...
Women and younger voters are more likely than men and those 40 and over to say a personal relationship has suffered because of the election. But older voters agree with women that there is less political tolerance in America today.


One of the most famous declarations from "second-wave feminism" is that "the personal is political," popularized in a 1969 essay of that title by feminist Carol Hanisch. There, as summarized by Wikipedia, "she urged women to overcome self-blame, discuss their situations amongst each other, and organize collectively against male domination of society."

It quotes this from that influential essay:

"One of the first things we discover in these groups is that personal problems are political problems. There are no personal solutions at this time. There is only collective action for a collective solution."

Amen. That said, we are now, more intensely than before, confronting a situation that that could be stated as the converse of this axiom: "the political is personal."

The New Oxford American Dictionary defines "political" as "relating to the government or the public affairs of a country: a period of political and economic stability; relating to the ideas or strategies of a particular party or group in politics: a decision taken for purely political reasons. It defines "personal" as "of, affecting, or belonging to a particular person rather than to anyone else...."

Had the Rasmussen organization included me in its poll it would have found me in neither "Strongly Disapprove" or "Strongly Approve." I score "Cautiously Optimistic" based in part on my interpretation of information that has been only spottily been reported in the elite media, in part on my good opinion, some derived from first-hand knowledge, of many of those that Trump has surrounded himself with, and in part on my latitudinarian -- "not insisting on strict conformity to a particular doctrine or standard" -- natural disposition.

It would not be quite true to say that the election, or, to be more precise, Trump (and my hopeful take on him) has "hurt" a personal relationship. Yet it certainly has put a real strain on several, some very personal. Many dear friends of a left-wing, or refined cosmopolitan, orientation are genuinely appalled that I do not share their passionate indictment of Trump. I am grateful for their generosity in not letting a political view damage the personal love between us.

Others, however, have experienced personal repudiation. A column in the Daily Beast, Steve Bannon's Long Love Affair With War (whose indictment of Bannon as a warmonger I find shallow and unconvincing), notes that his former close friend and colleague "... Julia Jones--who identifies as a 'Bernie Sanders liberal'--had a falling out with Bannon due to his work on the Trump presidential campaign, a role that she said absolutely 'disgusted' her."

Ouch! What to do?

What we are observing, politically, is a revolution. Bannon emphatically characterized it as such, well before the election, in a Skyped-in speech at the Vatican to the Human Dignity Institute. The full text was transcribed by Buzzfeed. (By "revolution" Bannon did not, in my view, mean what his detractors infer. He meant something more interesting. Read the speech and decide for yourself.)

That "revolution" has evoked a "counter-revolution." The most notable event so far was the Women's Marches. Their stand was most wittily summed up by a placard reportedly characterizing Donald Trump as "Super-Callous-Fascist-Racist-Extra-Braggadocious."

If that's what Trump is then those who support him are either knaves or fools. Trump's supporters, however, consider that view of him as "Super-Callow-Fragile-Ballistic-Extraordinarily-Ferocious."

Is a clash in which the political becomes personal inevitable? Is injury to personal relationships regrettable, but necessary, collateral damage?

We counter-counter-revolutionaries are seizing power to transform the political climate into one of construction, not destruction. Diversity of views is a treasure of classical liberal political culture.

We can disagree passionately without acrimony. That's powerful.

Even if the political is personal let's use that to strengthen, not strain, relationships with those who we cherish. This declaration does not pass judgment on either the revolutionaries or the counter-revolutionaries. Celebrate, don't betray, your passion!

Just consider the possibility, though:

"The social is political."

You are invited to the counter-counter-revolution.

You might be transformed by what you discover there.