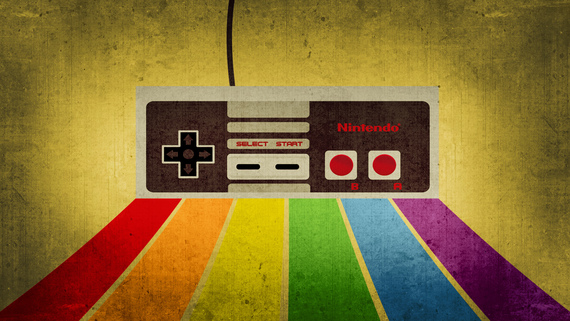 The image of a teenage boy deriding someone's kill as "totally gay" on XBox Live is a common one. Autostraddle.com, a queer women's news site, recently declared, "In the gaming world, to be different is to be wrong."

But this July, a few thousand queer gamers gathered in San Francisco for GaymerX2, a Pride for gaming junkies. The convention, born from a wildly successful 2012 Kickstarter campaign, is the two-year-old brainchild of Matt Conn and Kayce Brown, two now-legendary "gaymers." They channeled their dissatisfaction with the absence of LGBTQ characters in mainstream gaming into a haven for LGBTQ geeks. The start was a precarious one. In an interview, Conn said, "This can't fail, or even be mediocre because it is going to set back the fight even more." GaymerCon, the first iteration of GaymerX, held the attention of bigger gaming conventions and the fate of all gaymers in its hands. It delivered on its promises, drawing more than 2,000 participants, the ire of the Westboro Baptist Church, and financial support from Electronic Arts.

But GaymerCon and GaymerX2 are only a part of a thriving subculture. There's a Reddit forum, r/gaymers, that's been active since the early 90s. Gaymers have filmed a documentary about themselves: Gaming in Color. People describe themselves as gaymers on their OkCupid and Grindr profiles in hopes of finding a fellow Final Fantasy enthusiast. They make Twitter handles like NewYorkGaymer, DorkyGaymerBoy, and HeroGaymer. Being a gaymer is fundamental.

The third iteration of the convention launched its Kickstarter campaign a few weeks ago: GX3: Everyone Games. They now have full funding.

The name change is a move toward inclusion. Peep GX3's Kickstarter page: "We love our gay dude friends, but..." They hope to make more space for women, bisexual people, and other genders. Excellent. The rebrand, however, has two edges. The convention used to be called GaymerX.

In August 2013, Autostraddle.com published an uncharacteristically foolish article by Jessica Lachenal. She wrote, "Both Matt and Kayce agree that hopefully one day, the world won't need GaymerX. One day, these kinds of discussions and this kind of safe space will exist anywhere and everywhere it needs to be."

To GX3: Everyone Games, I am happy you have full funding. I also wish that you changed your name to something less basic. 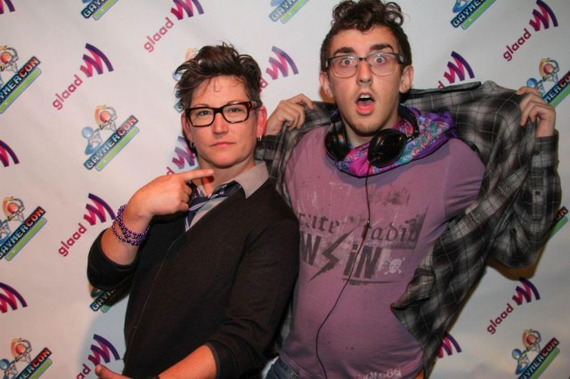 We can hope that GX3: Everyone Games will steer the gaming industry from the cisgendered, white, heterosexual man that represents it today. We can also hope that GX3 will continue to demand space for gaymers without apology.

The world may one day be a utopia, but today it is not. Matt and Kayce envision a time when the gays are indistinguishable from the straights and we all game together. To make this illusion into a goal is to delude the gaming community. One day, queer spaces may exist everywhere. Until then, it's not such a bad thing to carve them out ourselves. Who is going to be creating these mythical safe spaces if not queer people? How will we secure them for the future if we're not proud to have them in the first place? Why is the fundamental goal of the GX3 to assimilate?

Conn said in the GX3 Kickstarter video, "The point of the event isn't just to create a safe space that celebrates diverse voices, and we can have dialogues about topics that don't get discussed in mainstream gaming, but also we're creating an environment that is weird, and we do things with our own style, and we try to create things in our own unique way."

This quote could describe almost anything. Are we still the love that dare not speak its name? What's wrong with demanding explicitly queer spaces? Does moving toward inclusion mean moving towards boring, inscrutable language?

The only time Conn says anything to denote sexual orientation or gender identity part as a focus of the convention is naming past conventions.

I want Mr. Conn to do this. I just want him to do it better.

Thankfully, my prayers were answered. GX3 took to their website to explain. It seems GX3's politics are more exciting than they seem:

"We're still going to be GaymerX as an organization and we're still 'gay as f***' as some of the kids might say. There are a ton of people - LGBT, women, disabled, POC, and allied gamers who have come to GaymerX wanting to be represented, respected, and find a community too."

Many queer people see queer-focused events as aggravating the difference brought on by our sexual orientations and gender identities. But the gag is that we are different, and we can't expect anyone to celebrate that if we're not willing to do so first. I'm hopeful for GX3's change, but I wish their message were louder. I expect the convention's rainbow flag to fly high, not at half mast.