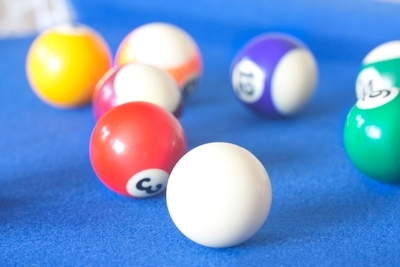 All of us tell stories, even if we don't think of ourselves as "storytellers." And the plots of our stories are about anything and everything: our day, how we met our spouse, the moment we found God, lost our virginity or why the fender bender was the other guy's fault. Most of the stories we tell are our own, but not all of them. Some stories we tell are other people's.

If you've ever told a fairy tale, recounted a parable, or repeated something cool that happened to your best friend, you have told someone else's story. This is not plagiarism. Nor is it an indication that your stories aren't as good as theirs. All it means is that something in you has resonated with a tale you've heard from someone else and are moved to pass it on, which is precisely what rabbis, priests and teachers from all of the great spiritual traditions have done since the beginning of time -- tell other people's stories, the most effective way they've found to give shape to the timeless truths they want to communicate.

What follows is one of those stories. It is not my story, but my father's, a man who was a fantastic story-teller, so taken by his own narratives that it was not uncommon for him to tell me the same story 20 times or more. At first, his repetitive story telling used to bug me, big time, as in "Hey Dad, I already heard that one." But as I got older, I began to realize that a good story, like a good piece of music or a beautiful piece of art could be experienced over and over again -- that it wasn't just about "the point" being made, but the feeling one had upon listening.

When my father was a student at the Brooklyn College of Pharmacy, he became friends with a guy named "Solly," a fellow student who was an avid pool player. Every day, after class, Solly would make his way to the pool room at the end of a long hallway only to discover that all the tables had been taken by classmates who had gotten there first. No matter how quickly Solly walked from his class to the pool room, by the time he got there the tables were occupied, leaving him with only one option -- to watch, which is not at all what he wanted to do.

Necessity being the mother of invention (and the patron saint of pool sharks), Solly soon realized he'd have to do something different, next semester, in order get a table -- and so he decided to sign up for whatever class was immediately adjacent to the pool room. It didn't matter in the least, to Solly, what the class was as long as it was the next to the pool room. That was his goal. That was his mission: to play pool after class.

When Solly found out that the class next to the pool room was "The History of the Bible," he began laughing hysterically, as that was the last class in the world he would ever have signed up for -- but sign up he did.

Solly's plan worked like a charm. Every day, after class, for the next semester, he was the first one in the pool room and had his pick of tables. He played pool every day and his game improved immensely. What he didn't count on, however, was how fascinating the "History of the Bible" class was going to be. So fascinating, in fact, that Solly signed up for the advanced class, the next semester (which, by the way, was nowhere near the pool room). One more Bible History class after that and Solly changed his major, eventually going on to religious studies graduate school and, some years after that, becoming one of the most renowned Bible scholars in the world.

SO WHAT? As the story goes, a similar thing happened to Steve Jobs. Disgruntled with the education he was getting at Reed College, Steve decided to drop out of school, but stay on campus and audit classes. One of the classes he audited was calligraphy, a subject that not only fascinated him, but helped lay the foundation, years later, for the Macintosh becoming the first personal computer to give users a choice of cool fonts.

Bottom line, we never really know what influences are at play in our lives, what seemingly illogical, random, serendipitous choices we make will have impact down the road. There are mysterious forces at work, for each of us -- forces well beyond career planning and college advisors. It doesn't matter if you call these forces "karma", "serendipity", or "destiny", the truth of the matter is -- the path is not always straight and narrow. There is magic afoot. Always. All we need to do is let go and allow the magic to unfold.

NOW WHAT? Think of one "off the grid" moment in your life that had great impact for you -- a chance meeting, a "happy accident," or unexplainable synchronicity. How did that moment affect your life? What did you learn from it? And who, in the next few days, will you share this story with?

Mitch Ditkoff is the Co-Founder and President of Idea Champions, an innovation consulting and training company headquartered in Woodstock, NY. The above story is excerpted from his award-winning book, STORYTELLING AT WORK: How Moments of Truth on the Job Reveal the Real Business of Life.