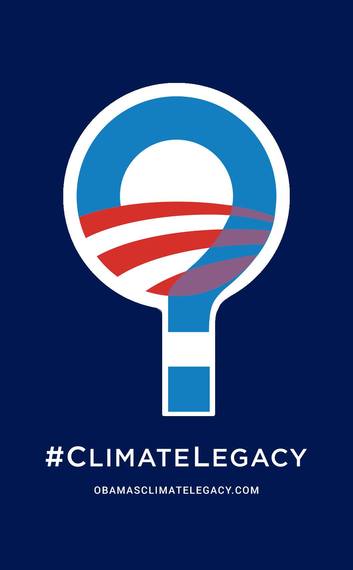 History will be made this week when Pope Francis addresses a joint session of the U.S. Congress. Only the Pope and his closest advisors know what he will say, but if his remarkable 184-page climate encyclical, "On Care for Our Common Home," is any indication, it will include some brutally honest straight talk about America's moral imperative to address the global climate crisis.

As someone who spends most of his waking hours thinking about how we solve this planetary emergency, I was deeply inspirited by the pontiff's urgent call for a "bold cultural revolution." It will be interesting to see how Republicans in Congress, most of whom have yet to embrace the basic reality of climate science, respond to the Pope's moral message of climate truth and justice.

As evidenced by nearly a dozen Republican members of Congress who just introduced a House Resolution on conservative environmental stewardship, the Pope's visit is already having an impact. One of those Republicans, Congressman Carlos Curbelo (FL-26), even went so far as to call sea level rise from global meltdown "a clear and present danger." For those of us who have been paying attention to weather weirding, this is hardly news, but to hear it coming from a Republican member of Congress is newsworthy. While timid in scope, and non-binding, the Republican resolution nevertheless represents a widening crack in the wall of congressional climate deniers.

This brings us to President Obama and the question of his climate legacy, which is not looking so good. I won't rehash the Obama administration's schizophrenic climate agenda here, other than to say that the president's recent 3-day trip to Alaska sure brought it into stark focus.

Which brings us to a group I believe is doing some of the most important work on the planet right now: The Climate Mobilization (TCM). I recently had the honor of being asked to join the advisory board of TCM. I joined for two reasons: 1) their willingness to speak the truth about the severity of the climate crisis; and 2) their common-sense prescription of a U.S. goal of net zero greenhouse gas emissions by 2025, to be achieved through an all-hands-on-deck societal mobilization.

Inspired in no small part by TCM, earlier this month I wrote "An Open Letter To President Barack Obama: The Moment Of Truth For Your Climate Legacy" calling on our president to champion this zero emissions goal at the upcoming UN-sponsored climate talks in Paris.

Here are key excerpts from that letter:

It is with a deepening sense of dread over the fate of humanity that we call on you today to use the powers of your presidency to champion a U.S. goal of net zero greenhouse gas emissions by 2025.

Innovating our way to zero emissions through an all-hands-on-deck societal mobilization at wartime speed is not only our best hope for averting climate catastrophe - it is key to revitalizing our economy and putting America back to work.

As you know, Pope Francis wrote in his recent encyclical: "Reducing greenhouse gases requires honesty, courage and responsibility, above all on the part of those countries which are more powerful and pollute the most."

The current weak U.S. target of 26-28% carbon cuts by 2025 cannot be described as honest, courageous or responsible in the face of a crisis that threatens the continued existence of humanity.

Will our voices, and Pope Francis' uncommon moral leadership on climate, move President Obama to finally get real about this existential threat? Only he can answer that, but this much we do know: decades of failed UN-sponsored negotiations have left us buried deep in the climate hole, and it is going to take a heroic effort to dig ourselves out. This requires an immediate emergency mobilization, one that dispenses with business as usual, and is safe, just and equitable.

It is too late for cloud shots and timid half measures. We need a green energy moon shot and a bold national mobilization on the scale of World War II. Morality is crying out for us to heed what Pope Francis calls "the cry of the earth and the cry of the poor" by becoming the next Greatest Generation.