The newest in the crop of marijuana shows launches on Sunday, April 19 when CNN introduces High Profits just in time for 4/20. The eight episode series features Brian Rogers and Caitlin McGuire, owners of the Breckenridge Cannabis Club, as they work to become marijuana moguls and eventually franchise their stores. It follows on the heels of MSNBC's well received docu-reality series Pot Barons of Colorado. After wrapping up that marijuana infused marathon, executive producer Gary Cohen says he's hooked.

"Pot Barons was a crazy sprint" says Cohen, who is the Emmy award winning founder of Triple Threat Television based in Stamford, Connecticut. "Those six months were as demanding as any I could remember." Cohen deployed an eight-person team who worked around the clock out of a house in Denver. The program focused on the most successful ganjapreneurs in Colorado including the founders of Medicine Man, Euflora and Dixie Elixirs. Now he is developing and pitching new programs. "I expect to do lots of pot shows," says Cohen. 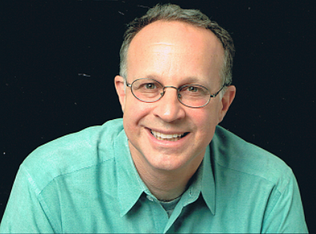 Cohen got his start in television producing sports and documentaries. Triple Threat TV produced nine films for ESPN's highly acclaimed 30 For 30 series. His team also produced ten episodes of MTV's True Life and eight episodes for Biography. His foray into marijuana shows is a natural evolution for the producer of non-fiction programming who is a self-described marijuana lover and advocate. "I'm comfortable saying I am a marijuana person. Thanks to efforts of a lot of people who have been working at it for a long time I lived to see a day I never thought I would live to see. Prohibition is over."

Cohen is exploring how to do the marijuana version of various television genres such as talk shows, documentaries, cooking shows and music shows. One of those is a talk show with the Denver Post's Cannabist pot critic Jake Browne who gets high and hangs out with celebrity guests. Cohen is shopping a pilot where Jake parties with former Denver Bronco Nate Jackson who wrote a book about getting high in the NFL. Cohen thinks a program like this will attract celebrities. "Marijuana is part of a brand. They're eager to be identified with it in the right way."

Cohen admits not every network is open to the idea of pot shows because there could be ad sales issues. Even so, there are more channels willing to listen to a marijuana pitch now than there were a year ago and the reaction is "oooh that's sexy, maybe we'll get some viewers we don't normally get." While he was in Washington D.C. at the non-fiction television summit, Realscreen, he went up to a women's network and asked if they were interested in talking and they said "yes, definitely. Let's set up a call for next week."

"There are an awful lot of people who get high. My interest is in leading the charge. I don't want to follow the crowd. I want to do more. I feel like there are huge opportunities and we are getting out in front of some of them." Cohen is looking at cable television and over the top networks and channels that are delivering programs through phone apps and streaming video on demand. "At the same time there is a marijuana revolution there is a television implosion," he says. "There are more and more media outlets and millennials are not paying for cable. You and I grew up in a world of half hour and hour television slots. Uh uh. Game over. Four minutes or eleven minutes or 71 minutes, it's whatever it is. People will find it if they want it and it speaks to them. The doors have blown off old media and everything is different going forward."

Cohen looks forward to returning to Colorado and cultivating his relationships with the Pot Barons. He describes his time in Denver as a "dreamy busman's holiday." In the meantime, he is casting for talent for new shows and producing a public service announcement for medical marijuana with a cast of 25 people with different conditions. He is also considering doing a documentary following the upcoming vote to legalize marijuana in California. "This is exciting work for me. The kind of people who are drawn to the industry are positive, energetic, they're hard working like nobody's business, they're free thinking, they're open minded, they're creative. Six months ago I couldn't have done it and now I can and now I really want to."