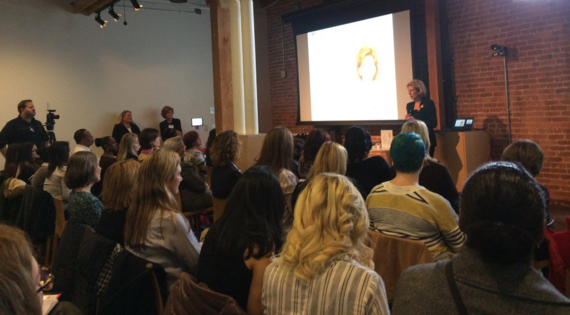 At the University of California, Davis, where I have been Chancellor since 2009, we have nearly 100 graduate programs, many of them among the highest-rated in the nation.

But I have to confess, when I was a young college student in Greece, graduate school was not something I spent much time thinking about.

After earning my bachelor's degree in electrical engineering in 1977, I was not interested in spending more time in class. But at the research lab where I had my first job, I soon realized colleagues with the most interesting assignments all had advanced degrees.

That's where my first mentor came in, introducing me to a world of possibilities I didn't know existed.

I had met Nick Alexopoulos when he was a UCLA professor in electrical engineering doing his own sabbatical research at the National Technical University I attended in Athens.

I was a junior at the time, but I wound up working with him for the summer and we wrote and published a research paper together. Before he returned to California, he offered to mentor me if I was accepted into UCLA's graduate program in electrical engineering.

I eventually applied and ended up earning my master's and doctoral degrees at UCLA. Nick, who later went on to become the engineering dean at UC Irvine, was a loyal and trusted advisor. He's been a close friend to my husband and me ever since.

Among other things, he helped me learn how to become a rigorous scholar and researcher, providing invaluable advice and support when my confidence lagged and I needed it most.

As one of the few women in a field dominated by men, I faced struggles early in my career that made me question my commitment to engineering.

Encouragement from Nick and other mentors helped me find the perseverance needed to stay the course. If not for that support, I would not have achieved all I have been fortunate enough to accomplish in my career.

To repay the favor, I went on to personally mentor more than 70 postdoctoral fellows and master's students over the years in electrical and computer engineering. I am proud to say that 23 of the 44 doctoral students who graduated under my direct supervision became faculty members in research universities in the United States and abroad. Many were women or members of other under-represented groups.

Because of those experiences, I understand the value of mentoring on a deeply personal level. That's why I didn't hesitate to say yes earlier this year when I was asked to serve as honorary California chair of a national initiative called Million Women Mentors.

Our goal is to enlist a million men and women to mentor young girls and increase their interest and confidence in the STEM fields of science, engineering, technology and math.

According to STEMconnector, a national advocacy group whose sponsors include the U.S. departments of Defense and Energy, as well as some of the best-known technology companies and universities in the nation, including UC Davis, 71 percent of all U.S. jobs in 2018 will require STEM skills.

Right now, women are 50 percent of the American workforce, but only 24 percent of STEM employees. If we want to keep America competitive, it's important to have everyone who's interested and qualified to succeed in STEM.

But from the earliest ages, girls absorb a variety of cultural and educational messages that shake their confidence and increase anxiety related to STEM fields.

That's why just one of the programs we've embraced at UC Davis to help level the playing field―WISE, for Women in Science and Engineering―organizes field trips for girls from local and low-income schools to visit the UC Davis campus.

The kids meet students, faculty and staff. They visit labs and participate in hands-on science workshops because we know the best way to excite girls or boys about science and technology is to let them experience it firsthand.

We still have a lot of work to do, but I am proud to say that at UC Davis, our efforts are showing results. In 2015, we had the most female undergraduate STEM majors in the University of California system, 8,066. We also had the highest percentage of women STEM majors --54 percent--and the most women STEM majors who are under-represented minorities, 1,853.

And just recently, Forbes magazine ranked UC Davis the top-rated college in the nation when it comes to helping launch women into STEM careers.

Supportive mentors made all the difference in the world for me. They can help countless young students reach their potential and realize their own personal dreams.