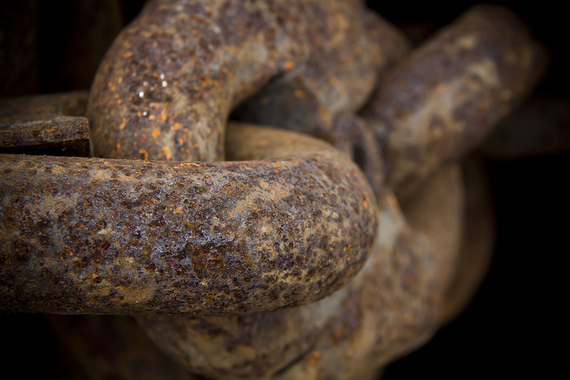 What comes to mind when you think of the dentist's office? Do you picture a neutral colored waiting room with months old magazines sitting on a table? Can you hear the drill making contact with a tooth? Do you see the needle? Whatever you imagine you're probably not looking forward to your next visit.

Why? There may be a multitude of reasons but one of the biggest drivers is most likely pain -- either real or imagined. A study into the relationship between pain and the placebo effect used the dentist's office as a testing ground. The findings provide further evidence of our capacity to heal ourselves.

In the study researchers from the University of Turin in Italy gave patients intravenous injections of morphine on two consecutive days to help with the pain associated with dental work. On the third day the same patients underwent similar procedures but were given an injection of saline they believed to be a powerful painkiller.

The results are astounding. Patients given the placebo reported a much higher pain tolerance than you would normally find when given morphine. Think about this for a moment. The placebo was more effective than morphine in treating pain. In this case, the body's own dispensary of natural painkillers served as a better treatment protocol.

In a separate study researchers told 12 Parkinson's patients they were going to receive injections of a new drug that would help their brains produce dopamine. They were told one version cost $1500 and the other cost $100. In reality all 12 were given saline.

Interestingly, researchers found those given the "expensive" version performed better on motor skill tests than those who received the "cheaper" drug. Neither of the placebos worked as well as Levodopa -- the patients' regular drug -- but the more expensive one came close.

The two studies I discussed are different in a number of ways but share one very important concept: expectation. Both sets of study participants believed the injection they received would help them in some way. The patients in the dental study were expressly told while the patients in the Parkinson's study inferred this based on an assumption that higher cost equals greater effectiveness.

Expectation begins the process of releasing the body's inner pharmacy of chemicals. In the first study, patients had taken morphine enough times to allow the body and mind to memorize how it works and thus be conditioned. When the placebo was introduced the mere suggestion of a new and powerful painkiller was enough to stimulate those same changes in mind and body.

Think back to the question I asked at the beginning of this post. The dentist's office conjures up all sorts of unpleasant feelings. Is it possible that we've primed ourselves to expect the worst and thus shouldn't be surprised when our expectations become reality? And shouldn't a different set of expectations yield a new outcome, not just at the dentist but in all aspects of our lives?

More:
healthy livingplacebolifestyleMindfulness
Newsletter Sign Up
The essential guide to taking care of your mind and body
Subscribe to HuffPost’s wellness email
Successfully Subscribed!
Wellness delivered to your inbox