Ever carry a grudge or harbor revenge fantasies about a colleague or boss? It's likely costing you and your workplace. 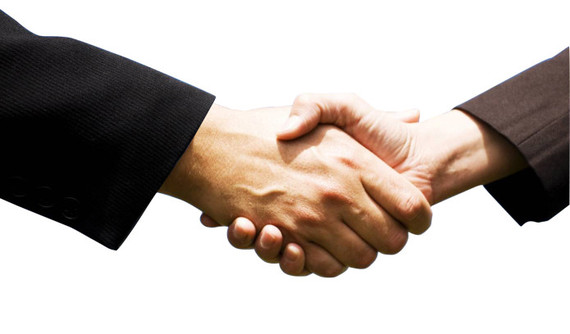 Over the last two decades, much research has been published about the positive impact of forgiveness, particularly on the forgiver and in relationships. Now, a new study--building on a smaller but growing body of research in the workplace--supports the power of forgiveness to potentially improve well-being and productivity in professional settings.

Conflict among colleagues is inevitable, and--left unheeded--associated with significant stress, health problems (both mental and physical), and poor productivity. Researchers set out to explore the role of forgiveness in ameliorating these negative impacts.

The participants--more than 200 employees working in office jobs in Washington, DC, or manufacturing jobs in the Midwest--responded to questionnaires about their levels of forgiveness, productivity, and well-being. The first survey asked respondents to focus on a specific offense, and how they believed it affected them. The second study looked at participants' general tendency to be forgiving and their general state of mind and work habits over the previous month.

In both cases, forgiveness was linked to increased productivity, decreased absenteeism (fewer days missing work), and fewer mental and physical health problems, such as sadness and headaches. In the second study, these benefits were partly explained by reductions in interpersonal stress that went along with a forgiving disposition.

This new research is important to employees and employers alike, as a lack of forgiveness negatively affects the individuals involved and organizations as a whole. Holding on to negative feelings after a conflict may lead to disengagement at work, a lack of collaboration, and aggressive behavior. Carrying a grudge is also associated with increased stress and a host of negative emotions, including anger, hostility, and vengeful rumination.

Since many people who have been in conflict need to continue to work together, forgiveness can be an effective coping tool, and a way to repair relationships and restore trust--both of which are key to effective work cultures.

More evidence of the power of forgiveness

In 2012, my team at Courageous Leadership LLC worked with employees at Google to build a more courageous culture, including the courage to forgive (one of the keys to healthy ongoing work relationships). We had employees share times when they failed to act on their values at work, to admit they didn't understand something, or to speak up when they thought they had a better idea. This was designed to remind everyone how easy it is to act outside of our values in stressful situations--to do something that might merit forgiveness.

Participants then practiced taking courageous action. We had them use the REACH model (developed by Everett L. Worthington, one of the coauthors of the new workplace study) to practice forgiveness by identifying current grudges and work on forgiving (not condoning) the behavior. Participants also remembered and shared when others had forgiven them.

Our program also showed positive impact. Participants reported a greater understanding of the power of stressful situations to negatively affect behavior. They also reported feeling better and more connected afterward; as one noted: "I had a deepened sense of lightening inside, like letting go of heavy weights. I feel the forgiveness exercise for me was very powerful." Participants also took more social risks, like offering new ideas, admitting fears or concerns, and asking for or offering help.

Research shows that this kind of forgiveness can even impact employees who aren't involved in the conflict. When people see others practicing forgiveness (and other virtuous behaviors) at work, it often fosters positive emotions that can improve decision-making, cognitive functioning, and the quality of relationships.

How to foster forgiveness at work

Unresolved stress from interpersonal conflict often dampens our cognitive and compassionate capacities, making it hard to find a way to forgive. Drawing on the implications of their study, the researchers offer individuals and organizations some suggestions to foster forgiveness at work:

There's an old saying (attributed to everyone from the Buddha to Carrie Fisher) that goes, "Resentment is like taking poison and waiting for the other person to die." If you're holding onto a grudge at work, you could be sharing the poison with your colleagues.

Forgiveness, of course, does not mean we condone or ignore bad behavior. Every workplace should have policies and procedures for dealing quickly with serious transgressions. However, if you do feel ready and the situation warrants it, give forgiveness a try. It could help you, your colleagues, and your workplace.