You cannot do a kindness too soon, for you never know how soon it will be too late.
Ralph Waldo Emerson 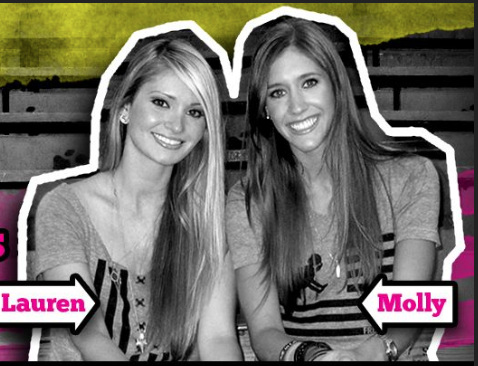 As a child, my father taught me to always come to the aid of the underdog. And that, counterintuitively, you really have to open your eyes and ears to recognize who it is. As a mother, I've worked hard to instill this virtue in my own children. To raise them so that they would be sensitive enough to spot the child in need of that extra bit of kindness, and strong and confident enough not to deprive them of it, but, rather, to provide it.

I've now had the great honor of interviewing four amazing women -- two mother/daughter teams, in fact -- who, during our short time together, put my father's advice into perspective in a way that little else in my 45 years (including nearly 20 as a mother) has ever done.

Meet Lauren Paul and Molly Thompson -- the brave, wise-beyond-their-years women who founded Kind Campaign -- and their mothers, Debra and Tetia, who instilled in their daughters the strength and confidence -- and kindness and courage -- that they needed to accomplish such an incredible feat. 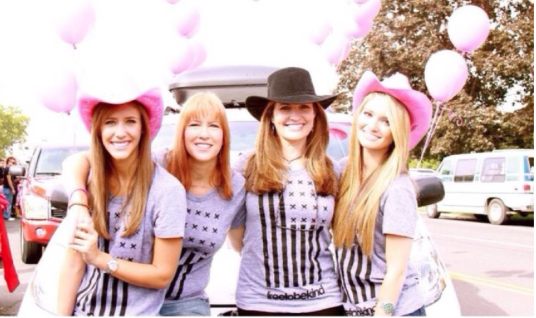 Lauren and Molly are beautiful women, inside and out. Women who not only endured and survived terrible bullying during their middle- and high-school years, but who had the courage to tell about, and draw on, that experience to effect real, meaningful change so that others in their shoes would be seen, be heard and, hopefully, be saved. Women who are strong, confident, brave and, above all, as the name of their organization so aptly reflects, kind.

This is not surprising when you meet Debra and Tetia, who have more than ample strength, courage and kindness of their own. The parents of a bullied child face a particularly excruciating Catch-22: Do you approach the bully, their parents, the school? Will doing so help the situation or only make it worse? Will it cause your child to stop coming to you for fear of retribution by the bully? How do you help your child weather such a violent storm without falling to pieces yourself? As you'll see, the extraordinary accomplishments of their daughters eloquently testify to the fact that Debra and Tetia navigated those treacherous shoals with steady, reassuring hands on the tiller.

Their daughters, Lauren and Molly, met in a college film class, struck up a friendship and found that they shared the experience of having been bullied as girls. When they really bonded, though, was when they realized that, beyond having survived that awful experience, as adult women they both felt powerfully motivated to shine a light on it and thereby spare the next generation of girls from a similar fate. They would soon hatch a plan for doing so that was revolutionary in its simplicity: instill kindness.

Almost instantly, these two kindred spirits decided to join forces and get started. And what better way for two film students to start -- to shine a light -- than by making a documentary? Pretty soon, however, they realized that they were going to need a few helping hands. Among other things, they needed a film crew. So they decided to call in the reinforcements, who had always been ready, willing and able to deploy on moment's notice, parachute in and save the day: their moms!

Lauren called Debra, who was to handle "second camera" work (among other things), while Molly instructed Tetia that she would be on "boom" (that's an audio expert to you and me), and the primary cross country driver. Soon, the four of them were travelling the country in a mini-van, tirelessly documenting stories from children, women and men, the bullied, the bullies and the parents -- anyone willing to share. Before long, their data bank swelled to over 250 hours of transcontinental footage touching virtually every human emotion imaginable. A documentary, "Finding Kind", was born.

A terrific start. But for Lauren and Molly, it was just that. A start, but not enough. Not nearly enough. Shining a light, while critical, was not sufficient. Now, it was on to phase 2. Now, they needed to... spread kindness.

Thus, Kind Campaign. Today, it is a thriving non-profit organization that supports Lauren and Molly's vision of a "Kind" movement from every conceivable angle: an interactive website, social media outlets and, perhaps most importantly, nationwide school tours presenting "Kind Assemblies" that, drawing on the documentary, encourage young girls to start "Kind Clubs" -- groups where they can find strength in numbers, stand up for themselves and regain the confidence to be kind (which, almost as often as it has been stripped from the bullied by the bullies, is equally lacking in the bullies themselves, who do what they do because they are as insecure as their victims).

Of all the amazing facets of the "Kind" movement -- and there are many -- one simple act is at its very core. At the "Kind Assemblies" they put on across the country, Lauren and Molly share their stories with large groups of schoolgirls: an audience inevitably comprising both bullies and bullied. These assemblies create change through several interactive features that provide the students with the opportunity to take action in the name of kindness through the" Kind Pledge", to tell someone they are sorry for something that they have said or done via the "Kind Apology", and share kind thoughts and words about someone by giving them a "Kind Card".

This tiny piece of paper, on which the girls are unable to fit more than few words, has proven to be a tiny piece of power, perhaps the most effective -- and affecting -- part of the assembly. Girls who have scorned one another for years hug with tearful eyes and profuse "Kind Apologies". Girls who have spent their days looking only at the cement block floors beneath their feet, in abject fear of making eye contact between the hours of 8-3, look up. Girls who put others down to make themselves feel better suddenly realize that it actually makes them feel worse.

It's stunning. How a victim, through the simple act of writing down the ravaging effects that another's thoughtless acts have had on her, can in the same breath dispel those effects and cause the other to realize for the first time, with empathy, what she's done. How a few words on a tiny piece of paper can suddenly transform the prospect of getting out of bed in the morning and getting on the school bus from something terrifying into something looked forward to. How years of terrible treatment can, in the time it takes to read "I'm sorry," be mended.

To Debra and Tetia, I salute your bravery and your parenting skills. You have raised the two saviors of a generation of bullied girls and, having done so, are heroes in your own right. To Lauren and Molly, I'm humbled. Just knowing that you are out there, doing what you do, reassures me that there are in this world not only underdogs, but kindness, in abundance. You just have to know where to look.