Thirteen years ago, the authors of the book The Innovator's Solution: Creating and Sustaining Successful Growth introduced the business world to a new framework called "Jobs To Be Done" (JTBD). Designed to help the business community understand and conceptualize a consumer's true intent, the framework discussed the importance of understanding their unconscious and often unmet needs. By clearly describing the consumers' need as a job that needs to be done - and the product or service as the what we "hire" to accomplish the job - this framework changed the way organizations looked at defining and connecting with consumers.

Unlike traditional methodologies that define a consumer based on demographic data or geographical location, JTBD clustered consumers based on their shared need. It was a disruptive moment in the business world as the customer and product were no longer the most fundamental units of segmentation and market analysis. Instead, it was the "job" that connected them.

One of the key case studies used by authors Clayton Christensen and Michael Raynor to explain the jobs framework was that of a fast food restaurant that was struggling to figure out how they could improve sales of their milkshake. Like most companies, the restaurant's management had considered options such as making the milkshake cheaper, thicker or with more chocolate flavor. But none of them moved the needle. 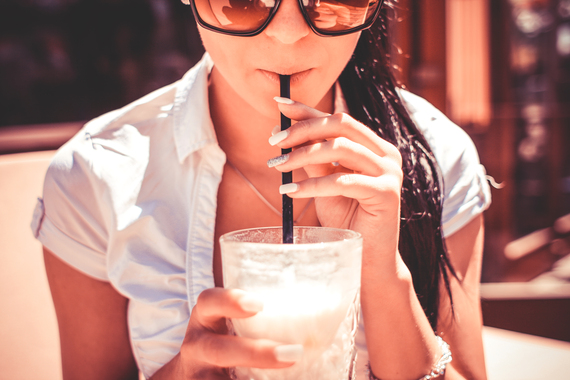 Upon applying the jobs framework, the research team uncovered that most milkshakes were bought in the morning, and used by commuters to perform a critical job which was to stave off hunger until at least noon (not to mention, provide a convenient way to keep their other hand busy while driving). Further, the JTBD framework discovered that because it took people 20 minutes to suck the milkshake through a thin straw, it provided the consumer with a way to pass the time on their way to work.

When the jobs framework was introduced 13 years ago, the digital economy hadn't truly taken over our lives. By way of reference, Facebook and Twitter didn't exist and in the time since the book was written, markets have become increasingly fragmented. As a result, traditional mass marketing efforts are no longer enough to reach and connect with a desired audience.

Today, organizations across industries are looking to micro-target their consumers in an attempt to remain both agile and relevant to newly formed subcultures and belief systems. It has become all the more important for companies to not just innovate, but to do so quickly and in a way that is relevant, so it will not alienate the audience they need to reach. For this reason, not only is the jobs framework STILL incredibly relevant, but thanks to the digital economy, it is also much easier to apply and execute.

From the Real World to the Digital World

Before the digital age, understanding the JBTD required a lot of work in the real world. Researchers would consider themselves lucky if they interviewed a few hundred customers before money or time ran out. In today's digital environment, researchers now have real-time access to customers and prospects, with the ability to gather information from thousands and thousands of them in extremely short time frames. Not only are they able to understand and arrive at the underlying jobs that products and services need to perform - they are also able to understand how those jobs change or evolve for different fragments of a customer base.

Introducing the Concept of Microjobs

To understand the concept of microjobs, let's consider the milkshake example we talked about earlier and put it into present day context. Earlier this year, our team of researchers took a popular smoothie sold across the United States to try and understand what job customers were hiring the smoothie to do. Studying over 4,200 customers of the product online, our team of PhD Sociologists examined the product's customers' underlying beliefs towards breakfast and food, and correlated their beliefs to their patterns of behavior.

So what did we learn? Overall, the job was still to ensure that the consumer felt sufficiently full until at least lunch time and attributes of portability and convenience remained relevant. But there was more to the story. Unlike the earlier study, hunger wasn't the key motivation, as remaining "full" was replaced with "reducing anxiety". There was an undercurrent of fear that if one did not choose a morning meal that readied them for the day, they would be exposed and unable to perform at their workplace.

1. Twenty percent of the customer base bought the drink to reduce anxiety, because it symbolized self-improvement to them. This segment was highly educated on the health benefits of the smoothie and felt a sense of transformation knowing that they were receiving the essential nutrients their bodies needed to perform at their utmost potential. It didn't just fill their stomachs...it filled their confidence.

2. Forty percent bought the drink to reduce anxiety, because they could choose flavor profiles that were sweet and dessert like. This segment used sweet and childlike flavors to repress and escape from anxiety. Drinking the smoothie made them feel like everything would be okay while providing comfort.

3. The last 40 percent bought the drink because they were more functionally driven to reduce anxiety brought on by the feeling of being unprepared and hungry during the morning. The key driver in their decision was that they were being influenced by the people in Microjob #1. They wanted to be like them, and perform just like them.

Knowing the JTBD can help the Smoothie company understand the unifying motivation that binds all consumers. Further, knowing the microjobs can enable the Smoothie company to microtarget unique populations and cater messaging to appeal to each. Most importantly, it can allow the manufacturer to introduce new products specifically designed to the influential population in their customer base, helping the company grow the category by doing half the work.

Why Digital Changed the Name of the Game
The most significant change in the research industry over the last decade has been a result of the maturity and evolution of digital platforms and tools. Now, we can study thousands of consumers online at a depth we could never have imagined 13 years ago. This not only gives us ready access to the richest and deepest of insights, but also gives us expediency by reducing the time it takes to find answers, generate ideas and ultimately take them to market.